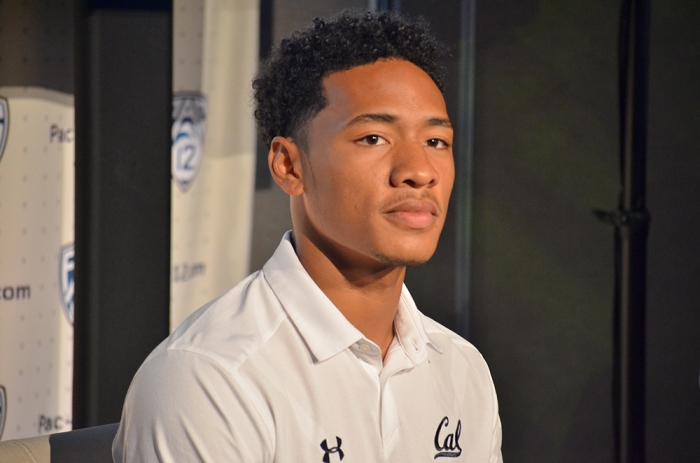 California Golden Bears junior cornerback Camryn Bynum is a key member of the “Takers,” Cal’s defensive backfield who rose up to become the toughest defenses in college football last season.

Cal’s defense was second in the nation in interceptions with 21 and tied at fourth nationally with five defensive touchdowns. Bynum led the Golden Bears with a career-high of 10 pass breakups last season, he has made 18 pass breakups and 106 tackles in his college career.

Although he did well at breaking up passes, Bynum focuses on the actions leading up to the pass with hopes to avoid making a play. To train for making a breakup, he works on his coordination and peripheral vision skills.

“My mentality is if I do everything here, the quarterback is not gonna throw me the ball,” Bynum said. “When I do work on [pass breakups] I work tennis balls, being able to, at the corner of my eye, try and catch the ball.”

Schooling is also very important to Bynum, he noted how his favorite class is an industrial engineering class called “Sports Tech.” In the class, he worked in a group to create a start-up company.

“We’re meeting with alumni and mentors, people that wanted to help you start a business,” Bynum said. “We started an online recruiting and engagement platform for gamers … we’re gonna continue it even after the class.”

Since he has been attending the University of California, Bynum knew he should take advantage of any and all resources the school provides, even if a lesson does not come from a lecture. Learning from alumni has also been helpful to Bynum.

“The degree carries a lot of weight,” he said. “People are really wanting to help you, especially at Cal with the alumni and it could carry a lot of weight outside of football.”

“He’s a guy I like to watch and get film on,” Bynum said about Asomugha. “I’m asking coaches if they know him so he can maybe come down and coach us up a little just to get some knowledge from him.”

A big achievement for Cal was their 15-14 victory over the USC Trojans. Bynum made a season-high of nine tackles, four of them solo tackles.

“That goes to show us as a team we can play with anybody in the conference and give us the confidence that we deserve to be there,” he said.

Bynum is a native of Corona, CA helped lead the Centennial Huskies to a state championship in 2015.