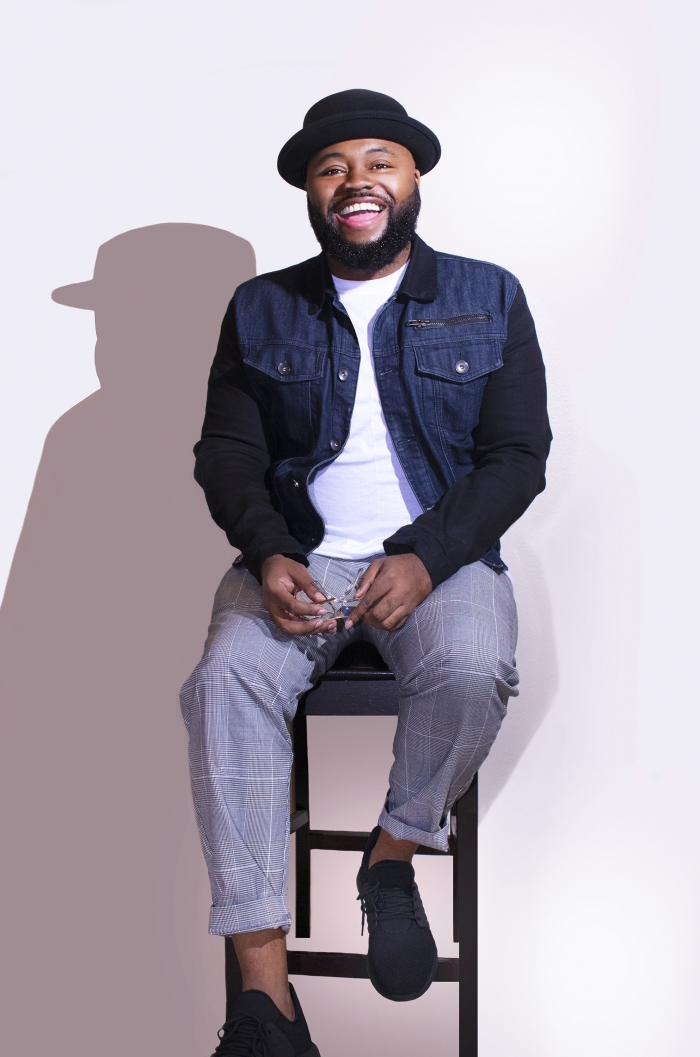 Marketing executive, content creator, and producer Steve Jones is paving a way for Black creatives in Hollywood. Using his passions to further assist and uplift Black people, Jones is proving just how powerful one can be if they trust themselves and their purpose.

“I do believe that my purpose is service, and I believe service will open the doors for you to do what you want to do,” he affirms. Creating a lifestyle based on serving others has afforded Jones plenty of opportunities, he advises nearly everyone to find their purpose through service.

Beginning his career as an intern for Destiny’s Child, Jones has managed to create his own marketing company Brand Mavericks Entertainment. His company has marketed films such as “Creed” and “The Hateful Eight” and brands including Coca-Cola, Walgreens and more. In 2013, Jones created Hollywood Confidential, his company’s signature event. Hollywood Confidential is a panel conversation series built upon educating actors, writers, producers, and directors and has featured stars like Angela Bassett, Snoop Dogg, and Issa Rae. The Ohio State alumni also produced his own series, “Black Love,” highlighting the black experience surrounding love premiering on OWN: Oprah Winfrey Network in 2017.

“I’m here to inspire, to encourage,” he says of his work, noting his experience with gatekeepers, he continues, “my goal was to become someone of influence so I could be the difference that I wanted to see and I could be the one to help connect the dots, share resources, intel, and information.”

Under the Brand Mavericks umbrella, Jones has been able to maintain an extensive network as an independent company. Deciding in 2016, to take a step back from the role as a marketing executive, Jones decided he would then produce projects and events he wanted to be a part of.

“I had to shift my level of thinking,” Jones says of this decision and challenges brought during this time, adding, “ It’s not about getting in the room, it’s about creating something so that your name can be sought out for.”

His own content creation is based on service as are all his endeavors, both Hollywood Confidential and Black Love gave back to the community and opened doors for Jones to be in the likes of OWN and most recently, The Wearable Art Gala.

“I felt like where I could have more value and speak to our community because I am passionate about uplifting our community and people of color, I felt like it would be more advantageous to be on the storytelling side,” he says.

Transforming his career in marketing to production, he has been able to tackle a task many thought would be unsuitable for him. However, Jones believed in himself, pushed forward and prevailed spearheading a major deal serving Black Hollywood; partnering OWN and The Wearable Art Gala.

Founded by Richard Lawson and Tina Knowles-Lawson, mother of Beyonce Knowles-Carter and one of Jones previous work connections. The Wearable Art Gala is a charitable costume gala, in which all proceeds go towards providing art spaces and opportunities for underprivileged youth. The exclusive event themed, “A Journey Into The Pride Lands” in celebration of The Lion King awarded Tyler Perry, Betye Saar, Felicia Horowitz, and Richelieu Dennis for their contributions to the community.

For the first time, The Wearable Art Gala, also known as the Black Met Gala was able to share the beauty and Black Excellence as they partnered with OWN to host a special on live television with Jones as a producer.

“If I could get this on a broadcast network through partnership, then the word about these children could get out there, we could raise more awareness and subsequently more funding,” referring to his contribution as a board member this year.

Having had a previous connection with OWN, the partnership met great success, opening the door and shifting the narrative around Black award and charity events.

“It has been an honor that they allowed me to facilitate this opportunity and additionally I’m so happy that OWN believed in the concept,” giving thanks to those who trusted his vision, Jones is nothing but grateful.

With laser-sharp focus, low emotion and high energy, Jones was able to create history for The Wearable Art Gala. Transitioning from marketing executive to content creator, he proved once more his ability to produce and make a way in this new journey.

“I definitely want to continue to do documentaries and tell people’s stories,” speaking on his goals, also noting his new interest in scripted television. Wasting no time, Jones also intends on launching his own production company and the return of Hollywood Confidential.

Growing and moving with intention, Jones is a true testament that dreams do come true with hard work, focus, and determination. Coming from a small town in Ohio to a well known Hollywood figure, he has been able to create something to live beyond his years and shape history for Black people in the industry.

“I just want everyone to take five seconds to think about what resources they have available to them now to help them create what they want to be apart of and confidently go in the direction of our dreams no matter how crazy it sounds, no matter how big it is,” true to his purpose of service and sharing the information, Jones closes stating, “go get it – so we can ALL eat!”

To learn more about Steve Jones and his company, Brand Mavericks Entertainment visit the site at http://brandmaverickent.com/. For information on Hollywood Confidential visit http://hollywoodconfidentialla.com/. For The Wearable Art Gala and Waco Theater details, view https://wacotheatercenter.com/.