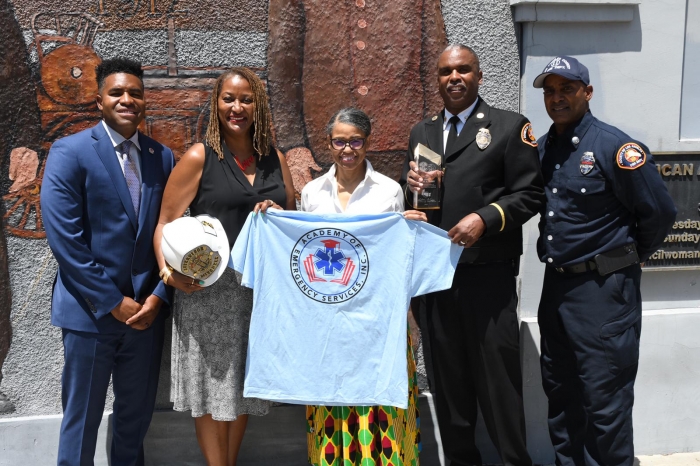 “The fire service is changing, and it’s an amazing career,” said the L.A. Stentorians Captain Kenneth Lee during a recent interview with the Sentinel. Lee heads up the Recruit Prep Program (RPP) for the Stentorians, an association of African Americans within L.A. County’s fire service.

He and other members of the organization are on a mission to encourage young people of color to pursue careers in the fire department and other emergency medical service departments in L.A. County.

Historically, Lee said, the department had been resistant to hire people of color, so the Stentorians were formed in 1954 as a support system for men and women who wanted to join. Members provided a space for the underrepresented to socialize and to talk about the issues they faced as fire department employees. Almost 70 years later, the organization has become part of the city’s unevenly stitched fabric.

Lee and the Stentorians hope to fix some of those stitches with the RPP by helping young people of color to develop success skills and overcome some of the deterrents they may face when trying to become a firefighter or other EMS personnel. 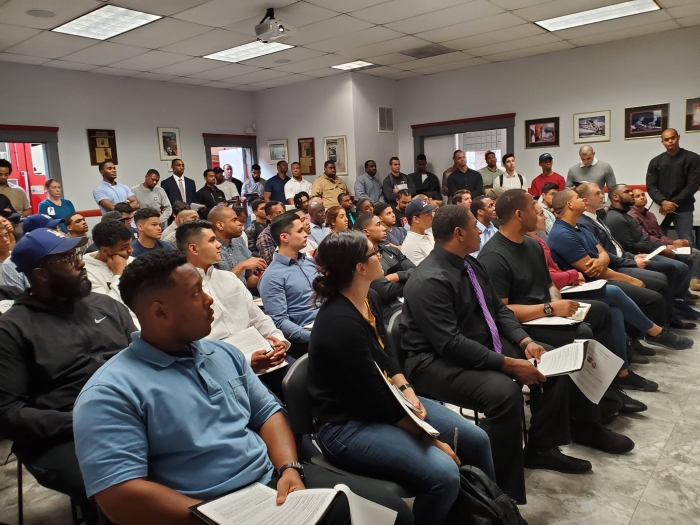 “The fire department… to even work for them you have to have an [Emergency Medical Tech] certification,” Lee explained.

“Every person who is a badged personnel in the state of California is also an EMT. The cost of that class is about $1,200. And it’s offered in various institutions [like] colleges, and usually you need that class now, just to apply, along with getting what’s called a CPAT, which is another $350.

The RPP, said Lee, helps to ensure that young potential recruits are successful in taking the qualifying exams and they are also physically fit. They have mentoring programs and they are currently in the process of getting their own EMT school accredited.

“Young people of color typically have more of an engagement with police officers than the average person,” he said.

“If you have a record, you’re automatically excluded. So, what we do… the goal is to not only introduce people to the field but to get to them young enough before they come into these situations where they are ultimately ineligible to even pursue a career in firefighting and we want to make sure they are academically prepared to be successful on those exams, physically fit and in shape so they can perform.”

Lee also talked about the explorer program for ages 14 through 18. That program is currently being revamped. But currently, for youth 18 and up, the Stentorians have partnered with the Academy of Emergency Services facilitated by financial help from State Senator, Holly J. Mitchell.

Graduates of the program have the opportunity to gain experience under the academy.

“We’re here to help and to serve,” Lee said.

“And if you’re someone who cares about the community and has the courage to challenge yourself mentally and physically, [again,] it’s an amazing career.”