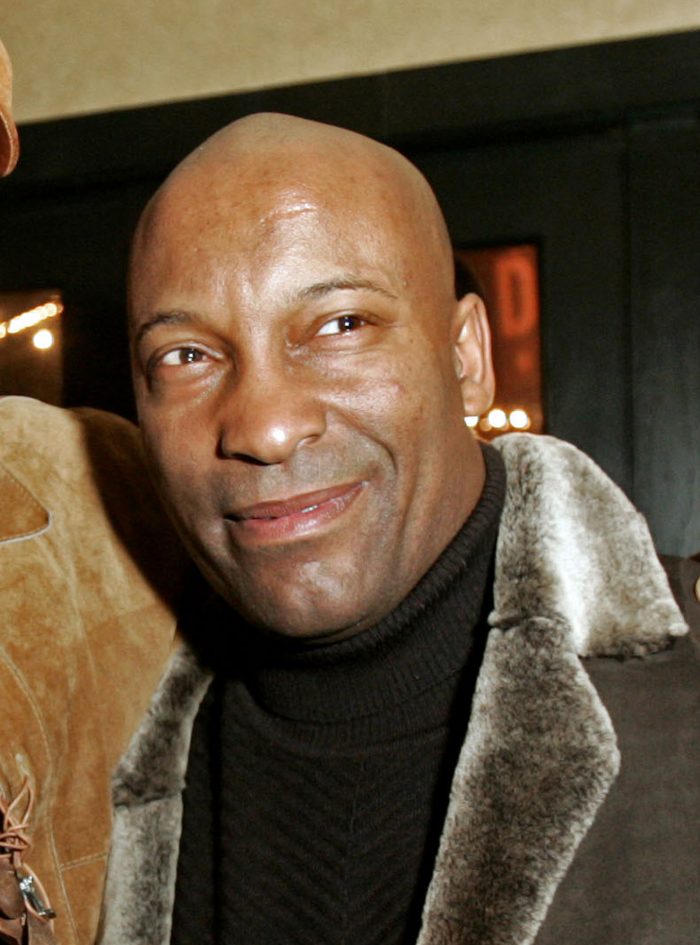 One of South Central L.A.’s beloved storytellers, John Daniel Singleton, is dead at 51 years old. The acclaimed filmmaker passed away peacefully with family and friends at Cedars-Sinai Hospital in Los Angeles, his family confirmed Monday.

Singleton is most widely known for his Oscar-nominated South Central tale, “Boyz n the Hood.” The 1991 movie, which Roger Ebert called “one of the best American films of the time,” was deemed “culturally significant” by the U.S. Library of Congress and was entered into its National Film Registry in 2002. In the emotional film, Singleton casts a light into the life of Tre Styles, a young Black high school athlete who toggles between his escape-way from the streets of L.A. and the realities of surviving them.

For Singleton, telling the gripping and deep social stories of the Black community didn’t require a specific agenda or niche for the filmmaker. He often credited his own life experiences as the inspiration to his characters and storylines. Singleton simply felt like sharing voices and stories that weren’t being shared.

Singleton was born January 6, 1968 in Los Angeles to his mother, Sheila Ward and father Danny Singleton. He grew up in Inglewood, California, raised in separate households and attended Blair High School in Pasadena, CA. He went on to attend Pasadena City College and then USC’s School of Cinematic Arts where he enrolled in the screenwriting program.

“Faculty and staff of the time remember him as a precocious film historian, roaming the halls, asking questions about their work, and engaging them in conversations about favorite films — his being Akira Kurosawa’s Seven Samurai,” says Dr. Elizabeth M. Daley, Dean of the USC School of Cinematic Arts. She has been the dean at SCA for 27 years.

“The success of ‘Boyz n the Hood’ soon after graduation made him an instant inspiration and role model to our students, a role he embraced without hesitation and performed with wholehearted enthusiasm,” says Dean Daley. “We will forever be grateful for John’s unwavering love of the School of Cinematic Arts and its students. John brought South Los Angeles into SCA, inspiring other talented filmmakers from the neighborhoods around the school to come through the doors. He bulldozed his way into an industry that was not always welcoming, and did so with projects that reflected his community, his culture, and his passions. He is a giant in our hearts.” 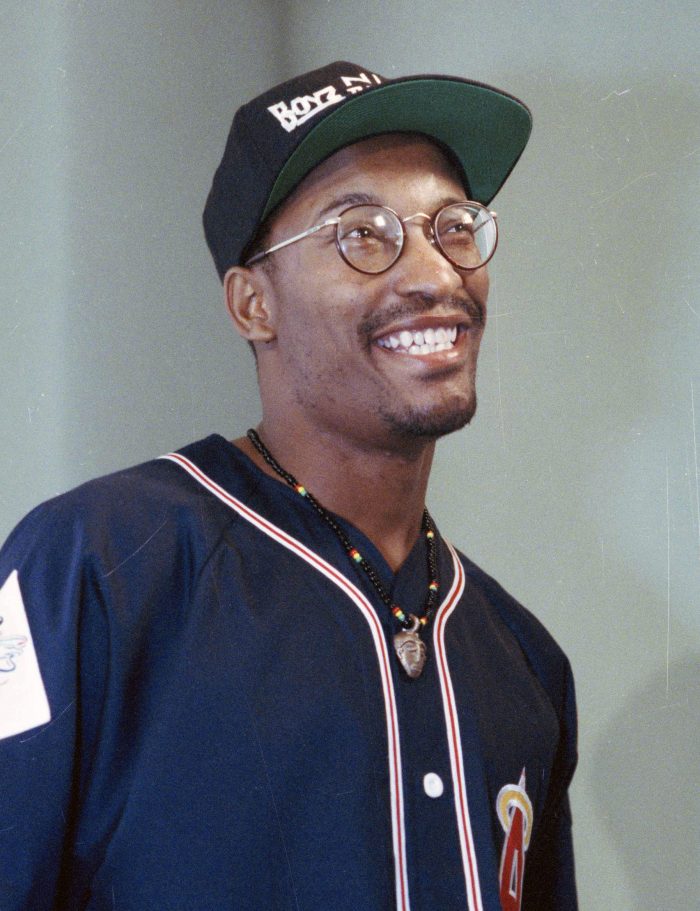 “I’m very serious about telling the narrative that hasn’t been told before. And what I don’t like is when I have people that are not from various cultures that I’m trying to tell stories, dictate to me what they think it is,” Singleton said in a Hollywood Reporter interview.

Although he never created a film as equally acclaimed as ‘Boyz n the Hood,” Singleton’s filmography gained him the leeway in Hollywood to direct and write stories that impacted the narratives around Black culture, hip-hop and urban life. Following his debut, he wrote and directed “Poetic Justice,” starring Tupac Shakur and Janet Jackson. His 1995 film “Higher Learning” starred Omar Epps and rapper Ice Cube who made his acting debut in “Boyz n the Hood.”

Ice Cube, Tupac, Regina King, Angela Basset, Morris Chestnut and Cuba Gooding Jr. are amongst the host of talented and iconic entertainers who began their careers in a Singleton film.

“Everybody that I’ve worked with has had a career and that’s what I feel proud about because there’s a whole lot of people that made a little appearance in a movie and you never saw them again, or whatever. For me it’s not about the hype it’s about exploring some different things as artists,” Singleton said.

In 2001, Actress Taraji P. Henson and singer Tyrese Gibson both made their feature film debuts in Singleton’s “Baby Boy.” Henson’s career excelled shortly after and in 2009, she was nominated for “Best Supporting Actress” for her role in “The Curious Case of Benjamin Button.” After “Baby Boy,” Tyrese’s crossover into acting blossomed and he starred in several of the Fast and Furious movies, including the sequel, “2 Fast 2 Furious” which was directed by Singleton.

“My heart is broken!!! I am at a loss for words. Can’t stop crying. I WILL MISS YOU MY DEAR FRIEND JOHN SINGLETON!!! You gave me my first big break in #BabyBoy and again in #HustleandFlow you believed in me when Hollywood did not get me at all!!!Throughout my career when I needed advice it was YOU I called and you answered EACH AND EVERY TIME with sound advice,” said Henson on Instagram.

In an emotional post, Tyrese said, “One things for sure, every story that was told all went back to us all saying JOHN built a TRIBE, a fraternity of lifetime of friends, colleagues and loyalty. And we all echoed HE PUT US ON!! Everyone that was in that room yesterday has known John all the way back to his first movie ‘Boyz n the Hood’ to now.” 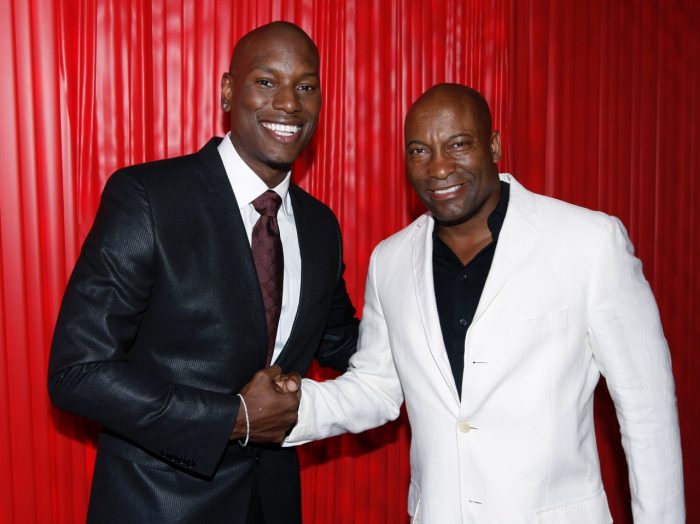 Singleton is revered in the Black community as a great storyteller and an entertainment icon. His career and life ended earlier than fans and family expected but the weight of his work will hold heavy forever. He died Monday, 11 days after suffering a stroke. He was placed on life support and in a statement to the press, Singleton’s family addressed his condition:

“It is with heavy hearts we announce that our beloved son, father and friend, John Daniel Singleton will be taken off life support today. This was an agonizing decision, one that our family made, over a number of days, with the careful counsel of John’s doctors… We are grateful to his fans, friends and colleagues for the outpouring of love and prayers during this incredibly difficult time. We want to thank all the doctors at Cedars Sinai for the impeccable care he received.”

Singleton’s family says that he quietly suffered from hypertension along with more than 40% of African-American men and women that have high blood pressure in the U.S.

“African-Americans have a higher prevalence of hypertension and are more likely to develop it at a younger age according to data from the American Heart Association,” says Jennifer Nguyen, M.D., cardiologist at Kaiser Permanente West Los Angeles Medical Center. “While there are a variety of genetic, environmental, social and lifestyle factors that can put individuals at an increased risk for developing hypertension, there are ways to help prevent and manage hypertension successfully.”

Singleton’s family urges his fans and supporters to stay educated and recognize the signs of stroke and high blood pressure by visiting Heart.org.

John Daniel Singleton is survived by his parents, children and a host of family, friends, respected colleagues and fans. Singleton most recently co-created and directed the FX series “Snowfall,” an American crime-drama centered around the 1980s crack epidemic. The series was based in 1983 Los Angeles.

“His ability to articulate what he saw in the community not only made him a storytelling legend, but also a cinematic activist — a path that included testifying before the United States Senate about rising homicide rates among youth and decades of dedication to enriching our neighborhoods,” said U.S. Rep. Karen Bass in a statement.

“When he was working on ‘Snowfall,’ I went with John to see the work that Community Coalition has done and continues to do in South L.A. John made sure that his films depicting South Los Angeles were filmed on those actual streets with members of that actual community, holding starring roles and when he became successful, John made sure that it was the community that benefitted both culturally and financially.”

From Ice Cube, Snoop Dogg, and Tyrese, to Ava Duvernay, Jordan Peele Samuel L. Jackson and Regina King, actors, filmmakers, entertainers and fans are outpouring love and support for Singleton and his family. 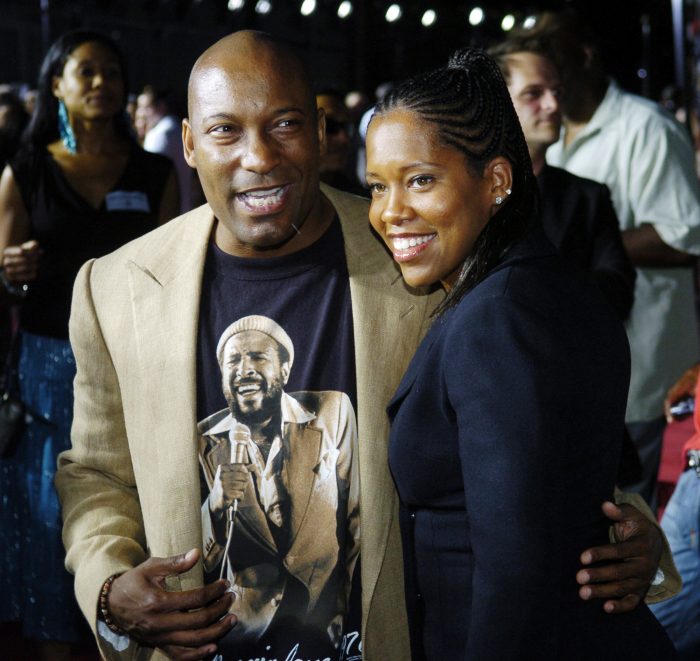 “I will forever remember him fondly from our first meeting during the audition process. He exuded many things that day…awareness, openness and above all, enthusiasm! Over the years, he never lost or left any of that behind. He provided and possessed a clarity of vision that I appreciate from that day ‘til this. He gave a voice and an opportunity to many. Count me in that grateful number,” said Angela Basset in a statement.

“I was discovered by a master filmmaker by the name of John Singleton. He not only made me a movie star but made me a filmmaker. There are no words to express how sad I am to lose my brother, friend & mentor. He loved to bring the Black experience to the world…Us at Cannes ’90,” read a photo caption posted by Ice Cube.

“If it were NOT for #JohnSingleton I would not have a star on the Hollywood Walk of Fame. He put me in my first feature film #BabyBoy,” Taraji P. Henson posted on Instagram.

Singleton received his star on the Hollywood Walk of Fame Aug. 26, 2003. Flowers were placed on the star Tuesday morning. Memorial arrangements have yet to be announced.