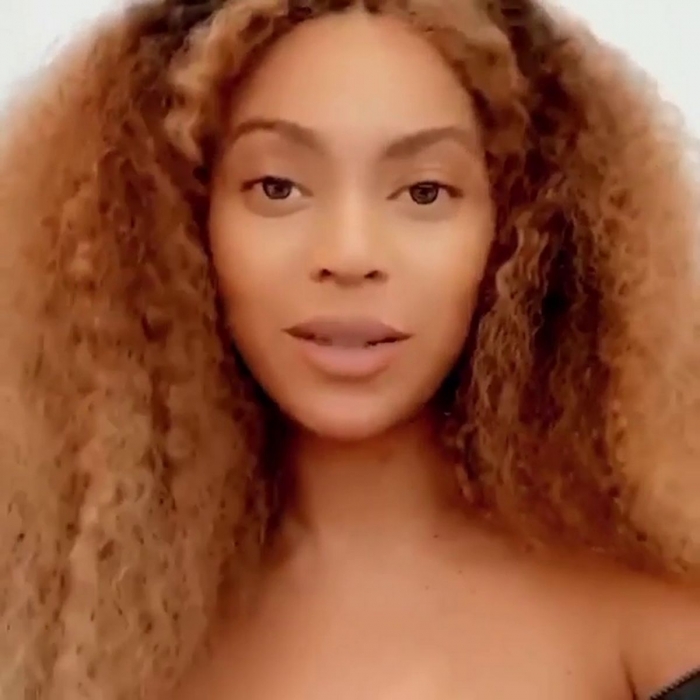 In this day and age, society has built a system and a niche economy within the world of social media. One that produces everyday influencers and brings everyone closer to their favorite celebrities. This same structure is now a change agent in the fight for Black Lives.

Throughout the year’s social media has put a voice to the unheard bringing to light case after case of police brutality. Since the death of Trayvon Martin, there hasn’t been a year without multiple horrific stories and videos of a Black life being taken. With the help of celebrities and the millions of users on Twitter, Facebook, and Instagram, the names of the thousands and counting Black victims live on. However, justice is yet to be served in its totality.

This past weekend social media has been full of anger, sadness, confusion, and lies sprinkled into the truth of so many American citizens. Black lives are at stake. Cities are in flame both literally and figuratively and the masses have taken to Twitter and Instagram accounts to document the state of the nation in response to yet another race-driven attack.

On May 25, 2020, George Floyd was murdered on camera by a police officer in Minneapolis, Minnesota. For 8 minutes and 46 seconds, he’d lay pleading for his life as Minneapolis Police Department (MPD) officer Derek Chauvin kneeled on his neck. Since then, only one of four officers have been arrested. In a fight for justice, people of Minneapolis began protesting the following day, sparking the flame that has not only crossed America but onto foreign nations upset with numerous senseless deaths at hands of those meant to protect and serve. 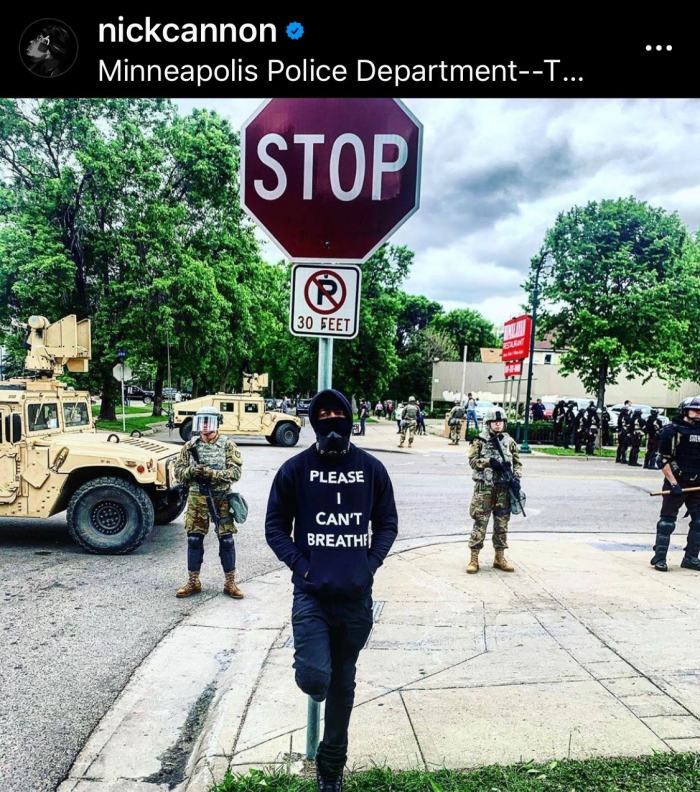 Social media often mimics real life, and this tragedy is no different. Every day individuals are stepping up and making change through the internet with petitions, bailout funds, organizing, and spreading useful information. What used to be memes are now quotes riddled with purpose and powerful images of protests which include some of the most popular of faces.

Artists such as Drake, Janelle Monae, Noname, Don Cheadle, D.L. Hugley, Colin Kapernick, and many more have challenged their peers and donated to the Minnesota Freedom Fund. 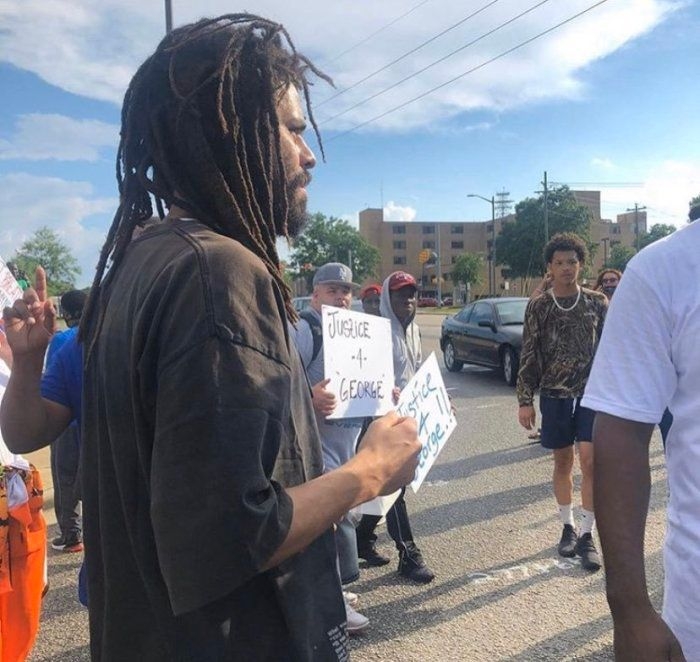 Rapper J. Cole walked with the people of his hometown Fayetteville, N.C. Actor Kendrick Sampson walked with the people of Los Angeles which resulted in him getting hit with rubber bullets shot off by police at more innocent lives. Others on the frontline include rapper rising Chika who was arrested by the Los Angeles Police while out peacefully protesting. Nick Cannon gave traveled to Minneapolis to march stating he needed to see the community and how much love and pain they had.

“Today was not a riot. Today was peaceful until police began beating and targeting protestors. More videos to come. Nobody deserved to be arrested or detained,” Chika wrote in an Instagram caption of a video explaining her arrest. 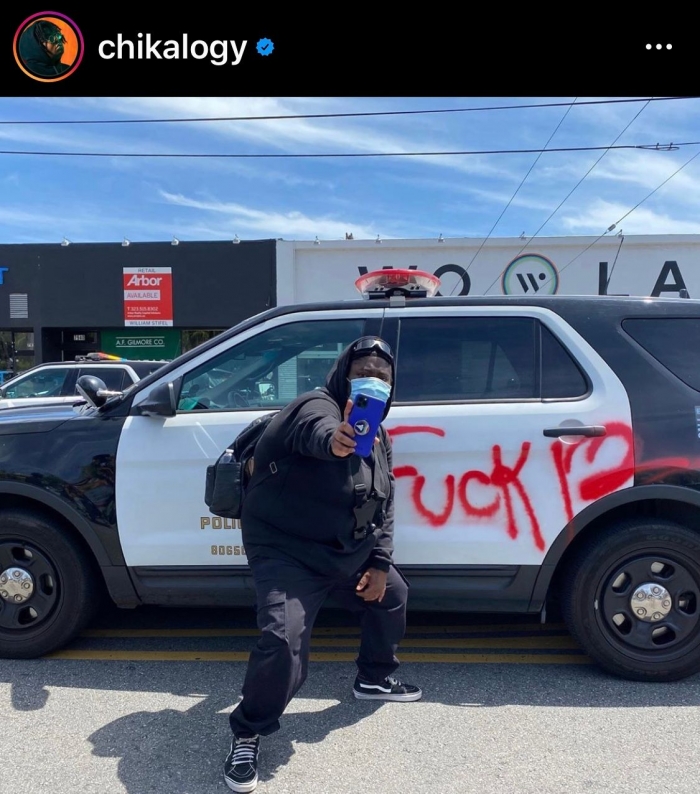 Kelly Rowland, Lebron James, film directors Matthew A. Cherry and Ava DuVernay, Ice Cube and more posted tweets declaring how unjust the system is emphasizing how willing they are to fight for the end of racism. Unafraid of consequences, they’ve all spoken out against Trump and called for police reform and even defunding and abolishing police.

“They rather arrest hundreds of American citizens then 3 of their own. Very telling,” Cube tweeted. 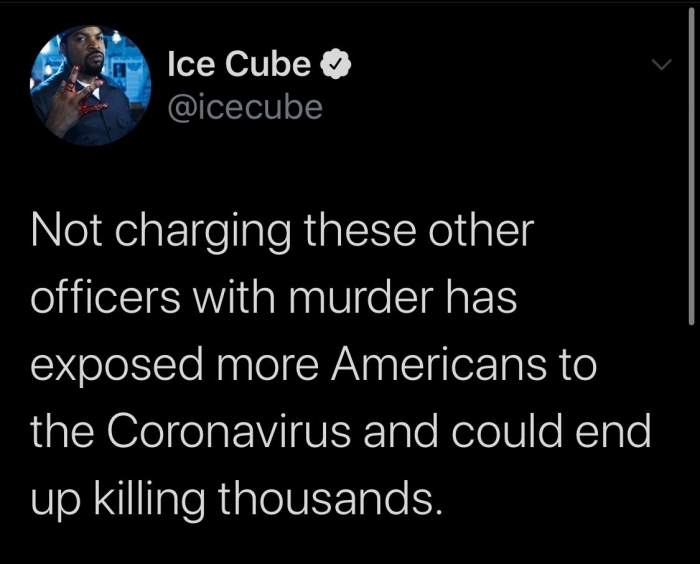 Beyoncé took to her Instagram account with a video urging viewers of all colors to sign petitions to bring charges to everyone involved in George Floyd’s death. Shawn “Jay Z” Carter spoke to the Minnesota Governor Tim Walz over the phone, a conversation resulting in General Attorney Keith Ellison to be called in to take over the case. 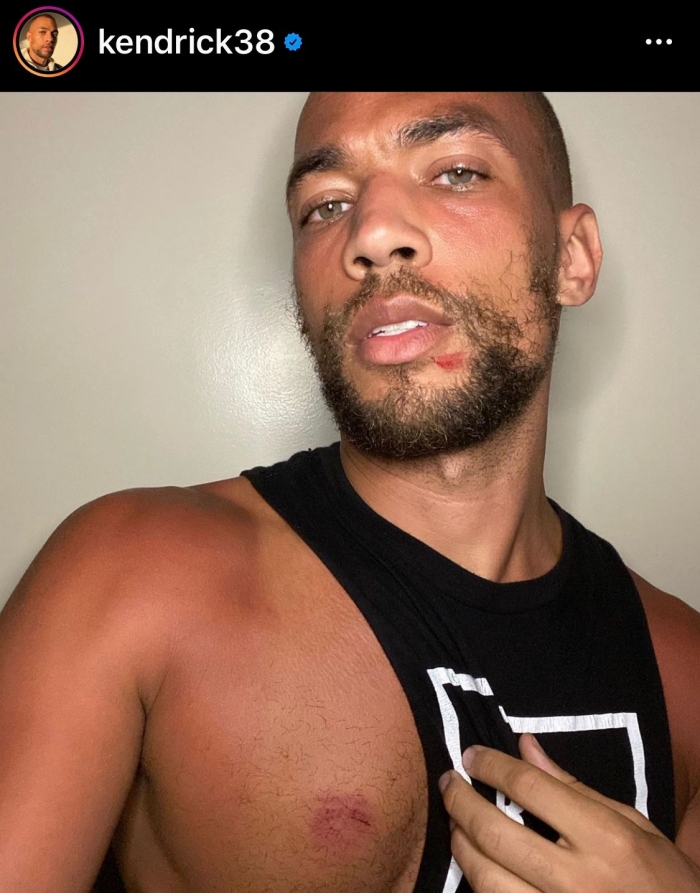 “A dad and a Black man in pain. Yes, I am human, a father, and a Black man in pain and I am not the only one. Now I, along with an entire country in pain, call upon AG Ellison to do the right thing and prosecute all those responsible for the murder of George Floyd to the fullest extent of the law. This is just a first step. I am more determined to fight for justice than any fight my would-be oppressors may have. I prevail on every politician, prosecutor, and office in the country to have the courage to do what is right. Have the courage to look at us as humans, dads, brothers, sisters, and mothers in pain and look at yourselves,” Carter said in a statement released by his company Roc Nation to Instagram. 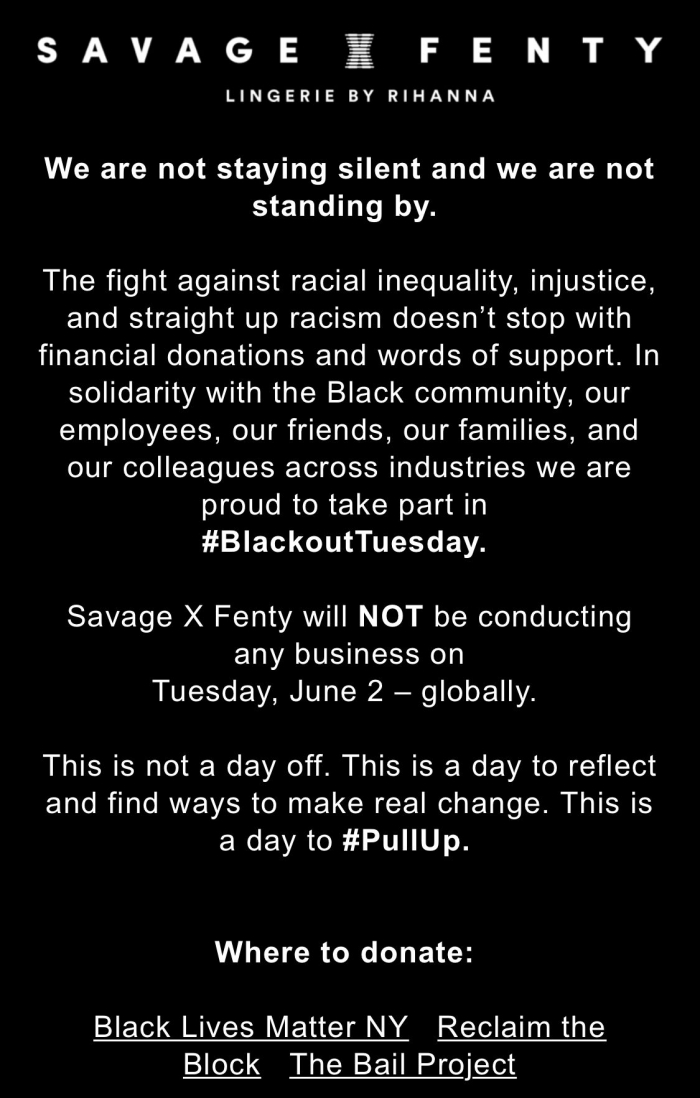 Moving forward, June 2, 2020, a day deemed Blackout Tuesday, Black people and their allies vowed not to spend any money outside of the Black community. On social media, streams of black images took over Instagrams platform as millions posted in support. The goal is to not only disengage with the economic system but allow everyone a moment to recollect, study, and gain their strengths.

Influences, some of whom are also business owners whose property even was destroyed stood for Black lives with a post stating, “& I still love being Black,” while standing in solidarity with the blackout. Successful artist and mogul Rihanna shared her support through several posts, even shutting down her businesses completely in support of Blackout Tuesday. Viacom networks paused the show, going silent for 8 minutes and 46 seconds on live television. Others in the entertainment industry also vowed to go silent for the day including music labels, agencies and more. 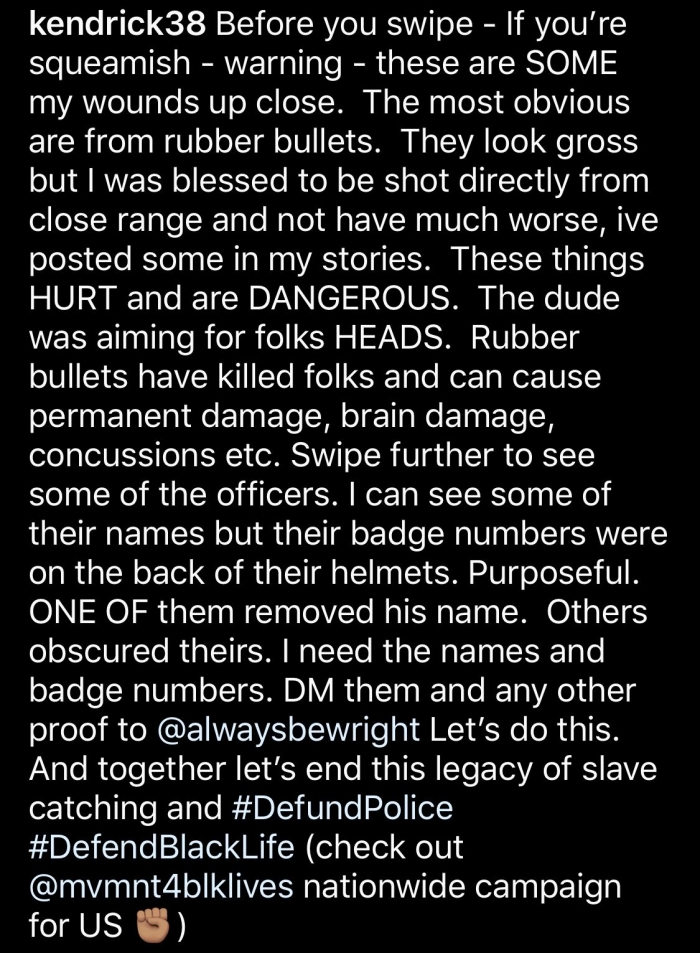 Through it all, social media has been one of the strongest avenues of communication, news, and safety precautions during both the COVID-19 and race pandemic of America. As an industry, celebrities are looked upon to lead the way which often forces many to wait for their message. It’s a major responsibility, but knowledge is free.

Every day people have been holding the weight and have pushed the culture forward immensely. Numerous bailout funds and lawyers are willing and available for donations and pro bono work. Protests are put together daily despite curfew and constant threats to the safety of civilians.

As many will tell including celebrities, this is just the beginning. 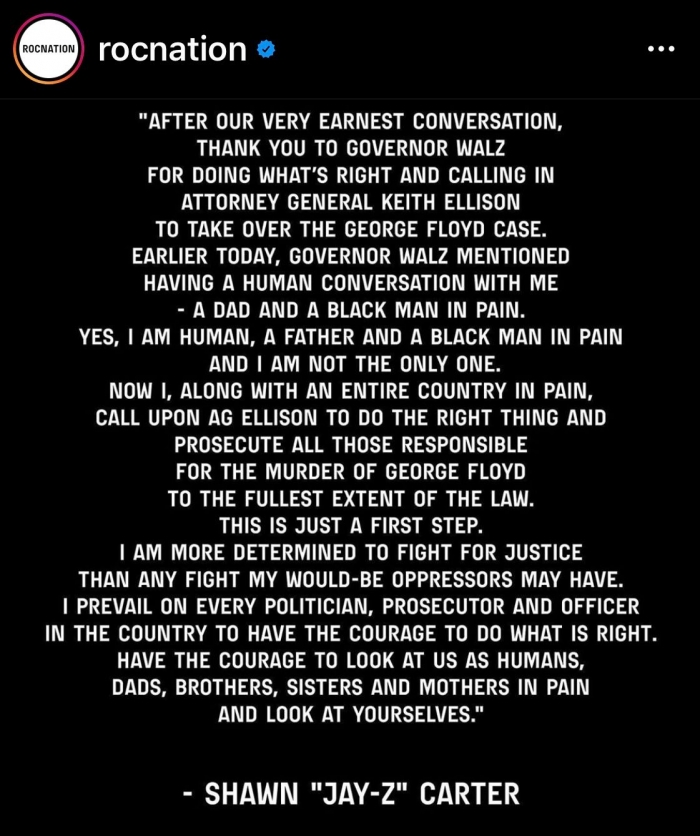