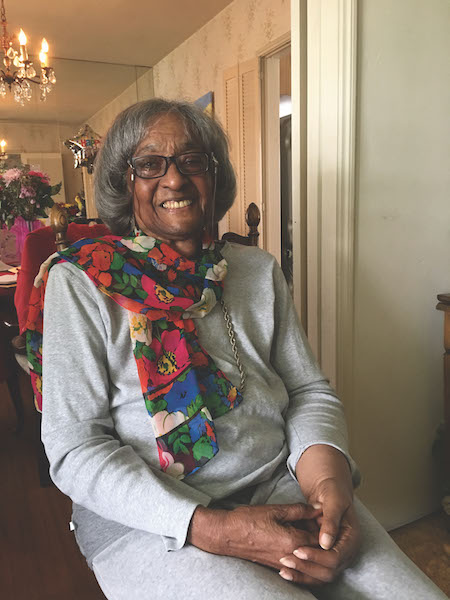 Today’s Los Angeles Police Department is populated with African American women, but that wasn’t always the case. When Roberta Reddick entered LAPD’s ranks in 1947, only a very small number of Black females – less than 10 – were on the force.

But, the racial and gender barriers did not deter her from rising to the rank of LAPD sergeant in 1966 and going on to become a commander in the Compton Police Department in 1977, the highest ranking African American female officer in California at the time. She even served one month as acting police chief of Compton, overseeing the agency’s staff of 300 people.

Reflecting on her 30-years in law enforcement, Reddick credits “necessity” as the reason that she became a police officer.  Living in South L.A., divorced with four children to support, she began to apply for a job.

“I took all of the civil service examinations that I was able to and passed the police exam. That’s how I became a policewoman – by necessity. Necessity is the mother of invention,” she said, while acknowledging it was a challenging job.

“The most challenging was being a Black woman police officer,” recalled Reddick. “In the 1920s, 30s and 40s, women were second-class citizens and certainly men were not too happy to welcome them into traditional male positions in the department.”

In fact, the options for LAPD women were limited during that era to matrons caring for female prisoners and juvenile investigators working with wayward youth. Women were not assigned to work in patrol cars.

Still, Reddick said, “I needed a job. I had a family to take care of,” so she remained with LAPD, continuously seeking promotions and consistently ranking at the top of the lists.  However, it took 17 years before she attained the position of sergeant.

In the interim, Reddick did earned a spot as a juvenile inspector and it worked out pretty well for her. Since she lived near the station, the assignment allowed her to keep on eye on her children as well.

“I was assigned to the 77th Street Division, which meant working Watts.  That was the most rewarding thing that I could do.  I had an opportunity to help. It wasn’t just to investigate and arrest children. It was to also help make referrals to agencies for assistance to families,” she noted.

When it came to help, Reddick was able to assist her nephew, Russell Moore, who was caught with two friends shoplifting cookies from a local market when he was 12-years-old. The store manager called the police, who ferried the youngsters to the 77th St. station.

“She (Reddick) was as shocked to see me as I was to see her,” said Moore with a laugh. “But, instead of sending us to the city attorney for prosecution, she took us under her arms and worked out a program for us.  It had a life-lasting effect on me and I did well in life after that.” 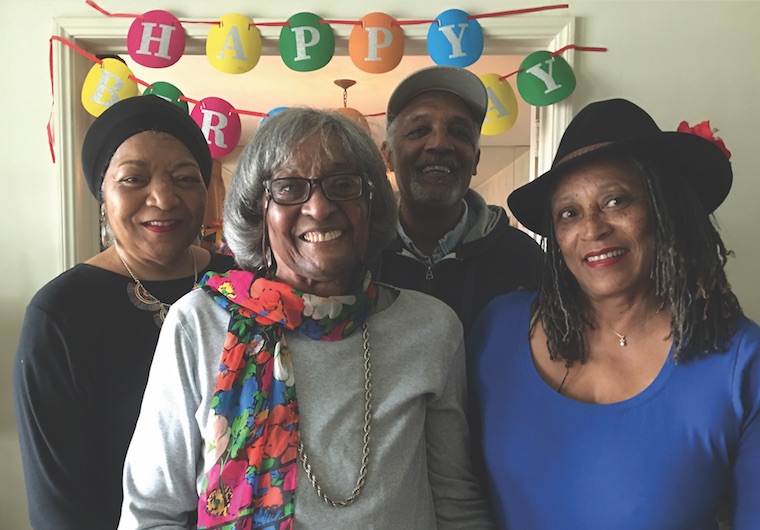 Reddick’s life turned out well, too.  She raised her children, remarried her husband, retired from LAPD and returned to school.

“I had always wanted to complete a college education and I learned that UCLA was offering a scholarship to people in law enforcement.  If you took advantage of it and worked three years after you graduated, the cost would be forgiven. I took advantage of it because my mother graduated from UCLA in 1919. It was L.A. State Normal at the time and I always wanted to a degree from there, too,” said Reddick. 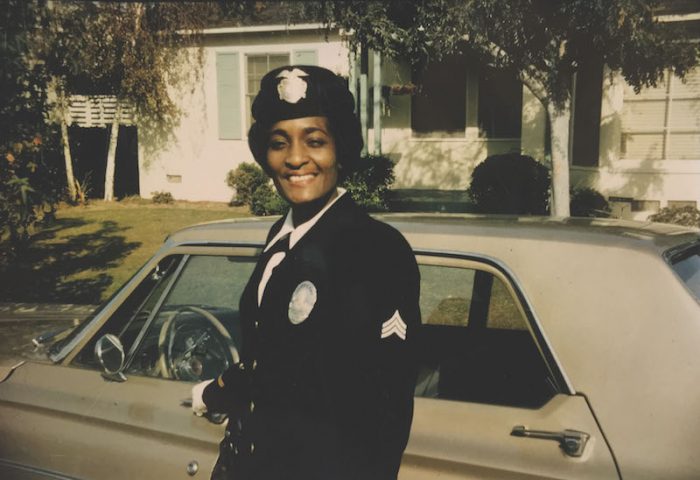 She received her Bachelor’s degree in human services from UCLA and completed graduate courses in public administration at USC.  Reddick also earned a management certificate from the state Commission on Peace Officers Standards and Training and a lifetime limited teaching credential from California Community Colleges.

After leaving LAPD in 1968, Reddick was working as a hearing officer with the L.A. City Attorney’s Office when she received an offer from Compton’s police chief to join their department as an inspector in command of the Professional Standards, Technical Services and Community Services Bureaus.

She later served as an assistant city manager of Compton, chairman of the L.A. County Grand Jury’s Criminal Justice Committee and a management consultant for McCann Associates in Pennsylvania.

The L.A. Sentinel archives contain many articles highlighting Reddick’s career.  Thanks to then-executive editor James Cleaver and then-features writer Libby Clark, stories about Reddick range from her 1963 meeting with parents in the Jordan Downs housing project to her 1977 appointment as Compton’s inspector to her 1999 selection as a living legend.

Considering her longevity in law enforcement, many women still count her as a mentor and she willing shares advice on the keys to career success.

“Unfortunately, there is still this idea that you have to act like a male to get anywhere in a man’s world.  It’s not true. You can ‘act like a lady, but think like a man’ as Steve Harvey says,” insisted Reddick. “One of the things that I have said to young women all along is, ‘you don’t progress on your back. You progress on your feet. Stand up and be who you are. Get your education, learn what is necessary and use that information to progress.’

“Remember that there are possibilities, set your goals and trust in God,” continued Reddick. “Have faith that God knows what is best for you. If may not be what you believe. It may not come when you want it, but it will come. Trust in God.”