As we celebrate and commemorate this month of revolution and resistance, we call Black August, we of necessity pay rightful and special homage to the people of Haiti who mark on August 14th their 231st anniversary of the Bwa Kayiman Liberation Gathering of men and women to plan their world historical struggle which would result in a victorious revolution that has deep and enduring meaning for the quest, concept and practice of freedom throughout world.

Indeed, they dared to achieve in history what no other enslaved people had done, defeated their enslavers and the enslavers’ allies in battle, liberated themselves and built a republic, lifting the light and possibility of liberation for all oppressed and struggling people.

Not willing to be satisfied with their own achievement, they reached out to expand the realm of freedom in the Western Hemisphere and the world, aiding the peoples of Latin America in their freedom struggle, offering arms, monies, materials and soldiers. Indeed, they accomplished what no other revolution and people in history have done, including the American revolution, freed enslaved people, outlawed enslavement and thus, expanded the realm of human freedom in the world in a new and most essential way, reaffirming the inalienable and equal dignity and human right to freedom of all human beings.

This is the source of the pathology and perversity of racist oppression that is particularly imposed on Haiti by the U.S., France, Canada, and other European imperialist powers, the so-called Core Group. And this radically evil imposition is not only to plunder and rob the Haitian people of their material and human resources, but also to penalize, punish and oppress the Haitian people in the extreme. This is why we say that whatever natural disasters Haiti has suffered, and they have been terribly destructive, they have not been as devastating as the unnatural disaster of White supremacist and racist imperialism of the White West.

The list of vicious and savage impositions placed on the Haitian people, children, women and men in collective punishment are first and foremost a brutal occupation; the denial of human rights on every level; a succession of imposed criminal dictatorships with fake elections posing as democracies; pervasive gang violence used as a tool of terrorism and suppression against  the people; privatization and plundering of the land and resources of the people; and imposing extreme poverty, misery and dependency on the people, undermining their agency and thwarting their rightful aspirations. In a word, the imperialists and occupiers have made Haiti a captive people and state, but the people continue to resist and offer an ongoing and radical refusal to be defeated.

Our responsibility and that of all the peoples of the world who love freedom and are committed to freedom and justice everywhere in the world is to stand in active solidarity in struggle with Haiti and the Haitian people as they continue their relentless resistance to achieve liberation from imperialist occupation and interference and the awesome striving to repair and rebuild their lives in their own image and interests.

But as I’ve said before, there can be no rightful rebuilding of Haiti without respect for the people’s capacity to govern themselves, rebuild their economy, draw effectively upon the rich resources of their culture, nurture and care for their children in their own way, and restore democracy for which they have struggled so hard and long.

Haiti does not need the U.S.’s occupying, militarizing and privatizing the country, and robbing it of its human and natural resources. Moreover, as I’ve also maintained, a rightful rebuilding is not achieved by donations, loans and investments that increase others’ dominance and Haiti’s dependence, but by educating, mobilizing and organizing a whole people and putting them to work in building the just, good and sustainable society they all want and deserve.

Indeed, as Nana Frantz Fanon contends, it is key to realize that “the masses are equal to the problems which confront them,” that it is not enough even for a few hundred to discuss and decide upon a plan, “but that the whole people plan and decide, even if it takes twice or three times as long.” For it is not just about building things, but also and especially, about building the people and about rightfully respecting them.

To truly stand in serious and sustained solidarity with Haiti, those committed must move from general human empathy to respect for the rights and dignity of the people and an active and ethical partnership with them in this awesome work and struggle before them. Again, empathetic identification with the poor, the less powerful and the suffering is a human tendency and value, but a genuine respect for the rights and dignity of a people must accompany it, if it’s to be more than an initial concern that changes over time into indifference or contempt.

To respect a people is to value them not only as human beings, but human beings with a unique and equally valid and valuable way of being human in the world. It is, especially in the case of Haiti, important to respect its history, the struggle and record of the people to free themselves and bring themselves into being as a nation and to sustain themselves with an unsurpassed resistance, resilience and resourcefulness against such powerful internal and external oppressors.

And again, as I have often noted, if we are to work with the Haitian people in the dignity-affirming, life-enhancing and world-preserving ways of our ancestors, it is important to establish at the outset that Haiti’s vulnerability to natural disasters, poverty and conditions of extreme and extended suffering and misery are not of its own making. Nor is it rooted in their religion nor comes from the command of heaven, but is anchored in more earthly realities, like imperialist and colonialist history and human evil and oppression.

Indeed, Haiti was born in revolutionary and triumphant resistance to one of the greatest evils of human history, the Holocaust of African enslavement. This righteous resistance was a contribution to expanding the realm of human freedom, an uplifted light for the enslaved and oppressed of the world, and a warning to their enslavers and oppressors.

Thus, we must confront the cold fact of the U.S. government’s role in the occupation, impoverishment, gang violence, environmental deterioration, and other interrelated evils and injustices imposed on Haiti. Like Nana Dr. Martin Luther King, we must recognize not only that this country is “the greatest purveyor of violence in the world” but is also imposing that violence on Haiti and the Haitian people as well as other vulnerable peoples around the world.

And it must not do this in our name or with our silent, inactive or active complicity. For we are morally obligated to constantly expose and continually resist oppression, evil and injustice wherever it is and in all the ways we can, especially in the world African community. And we must reach out to the Haitian people and to their organizations in Haiti and here and ask, how to best aid them in their righteous and relentless struggle.

For it is not only a struggle to liberate Haiti, but is also a struggle that is at the heart of the history and future of the world African community, indeed, it mirrors and models righteous resistance to the global threat and violence of empire and its imperialist aggression, exploitation, degradation and destruction of the world and all in it. And it also, of course, offers models and mirrors to be emulated, i.e., the resilience, resourcefulness and continued resistance of our peoples everywhere who in righteous and relentless struggle offer an ongoing radical refusal to be defeated.

Our struggle in solidarity, then, is and must be based on this fundamental principle which encourages us to not walk away from the battlefield until the struggle is won. Indeed, we must embrace the understanding of righteous and relentless struggle. For as Atty. Ezili Danto, human rights lawyer and activist and founder of the Haitian Lawyers Leadership Network (HLLN), says, “toutotan nou pa genyen batay la fèk kòmanse” which in Creole means “as long as we have not won (the struggle), the battle has just begun.”

So, regardless of setbacks, disappointments, desertions, betrayals, battle fatigue, and those who settle for a comfortable place in oppression, we must intensify and continue the struggle in a radical refusal to be defeated!!!

Tambiko for Three Simba/Saidi of Us: Lions of August and All-Seasons Soldie...

If, WHEN, BUT – The Kingdom Divided Part 2 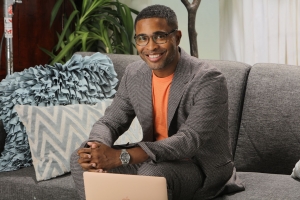 Should a startup use a credit card instead of a loan? 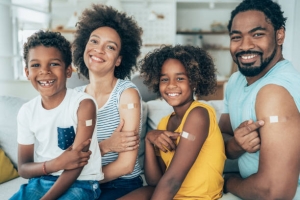 Intersection of Faith and Wellness – A Continuous Report-Back