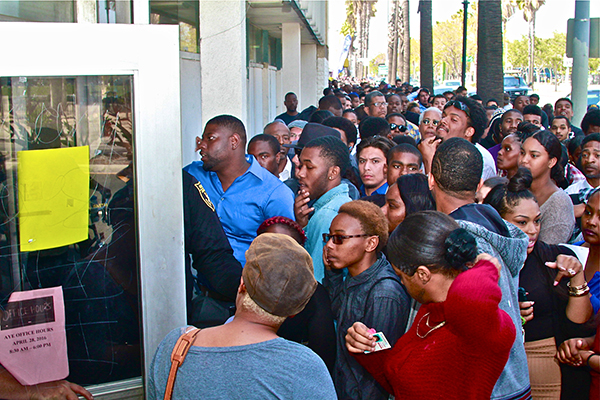 “Finally, we have a concrete opportunity to put people back to work for the LA [email protected] and in South Los Angeles,” said Jan Perry, General Manager of the City of Los Angeles Economic and Workforce Development Department.

“Folks can go to work in their community.  I look forward to working with the LA Rams and City of Inglewood to develop a regional plan for the permanent jobs for as many people as they are willing to hire,” said Jan Perry. 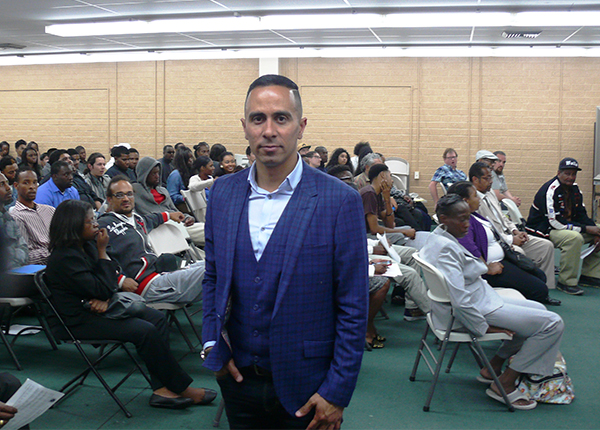 “We have at least 5,000 jobs and we have no cap on hiring at the SLAWC,” said Arthur Guerrero, Lead Business Representative at SLAWC.

“We serve this community proudly, we’re proud of our partnership with CSC… and we’re very excited and energized by their energy and by the fact that we are able to provide these jobs to revitalize this area that really needs them.”

The Rams hiring event started last Friday morning, bringing out thousands of job seekers. The CSC Corporation in conjunction with the SLAWC plans to hire applicants for event staff for the Los Angeles Rams football games and more.

“It has been beautifully chaotic,” said Guerrero. “We have a lot of people with good energy who are very happy, a lot of people that are underemployed or unemployed, who are coming in and getting jobs that are thanking everybody, thanking me, our staff, [and] the CSC for this opportunity.”

Located at 3965 South Vermont Ave., the SLAWC saw a line of willing and able applicants, many of them Black and Latino youth, that encompassed three blocks. 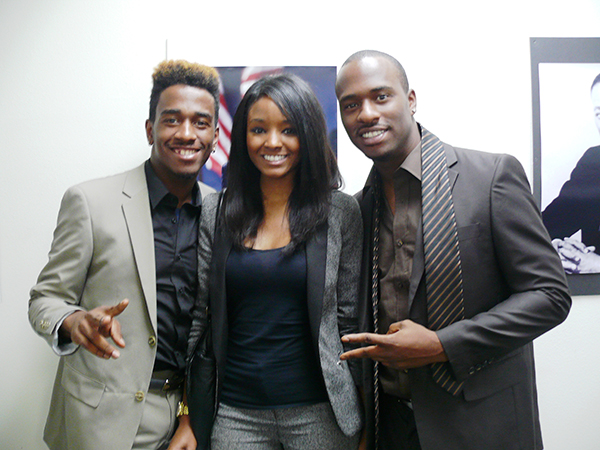 “It’s reviving a population of people who are so deserving of this opportunity,” said Guerrero. When asked about the volume of people the SLAWC usually observes, this hiring event has “gone above and beyond,” according to Guerrero.

“We’ve had people camping out here since last night.”

At the time of this interview, the SLAWC had seen up to 900 people for positions. At least 850 of those applicants received jobs while many were in orientations and interviews. The youth of South L.A. were out in full force and spoke about the hiring event.

Tyra P. saw the event advertised on television and came out to see if she could get a position. She had a successful interview and was ready for the next step.

“I don’t know what position yet,” said Tyra P. “I have to come back [later] for orientation.”

T. Grimes found out about the hiring event online and said very plainly that he came “to get a job—work with the Rams.”

Gregory found out through a friend and waited in line for the next step to employment.

“I’ve been looking for work, trying to get a job—trying to stay positive,” said Gregory.

Taylor W., along with his brother Jordan W. and fiancée, Jazmine V., made it a family affair and came down to the hiring event.

“I actually had a friend send me a flyer on a text message and I was like ‘Hey, cool, I need a job’,” said Jordan.

“I actually heard about this event through my Godmother who’s one of the staff managers here at the SLAWC,” said Taylor. “She said ‘Come early, get here, get in line—you’re going to have a job,’ and that’s exactly what happened.” 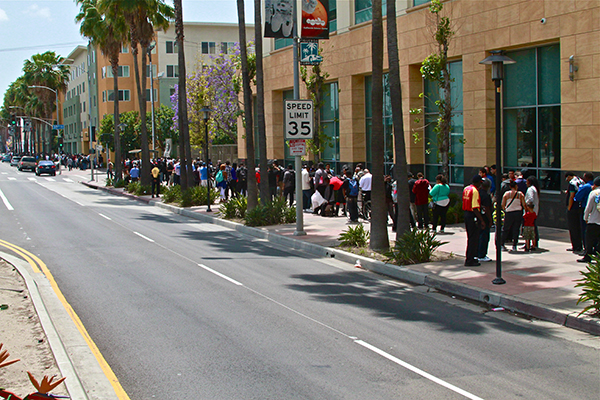 The line for the hiring event spanned for several blocks (Photo by E. Mesiyah McGinness)

“A lot of individuals are being very blessed today and we just thank God for the opportunity to work with the CSC,” said Business Service Coordinator Tamara Jackson.

Applicants should bring identification. Those hired will work at sporting events, including the Rams, USC and UCLA and the Galaxy, plus concerts.

Guerrero had some advice to applicants before they come to the SLAWC for the coming hiring events.

“Apply online prior to coming into the [SLAWC],” said Guerrero, “and that will expedite for people to able to get through this process quickly and get a job that day.”

The South Los Angeles WorkSource Center is located at 3965 S. Vermont Ave, Los Angeles, CA 90037. For more information, please call (323)730-7900 or visit www.letc.com/. Those interested can also find them on Facebook and Twitter. 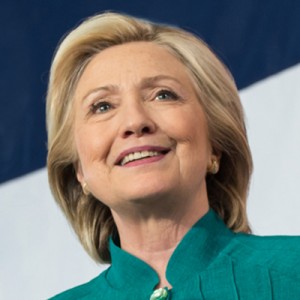 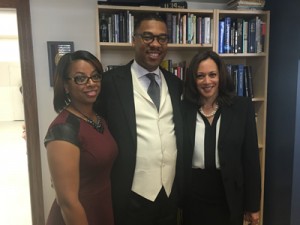