The idea of reparation-restitution is not a new one. Exodus 22:1 requires pay back of five head of cattle for the ox and four sheep for the sheep stolen. If someone steals an ox or a sheep and slaughters it or sells it or sells it, must pay back. When the wealthy Jewish chief tax collector Zacchaeus heard Jesus was coming, he was so excited that he ran ahead and climbed up a sycamore-fig tree to get a clear view of Him. He was a short man. Perhaps Zacchaeus had been holding a guilty conscience all along and this was his opportunity to cleanse his conscience for his wrong doing. He was hated among all; the Jews because tax collectors would collect taxes and give to the Romans; exacting taxes from whomever he could; defrauding them and getting over and above what was required to fill his pockets and feed his greed. Maybe he was trying to make up for his short stature to make himself feel bigger (my thoughts). Surely at some point, he had to feel guilty. When Jesus looked up and saw him up the tree, that in itself is worthy of noting. Zacchaeus had run ahead so he could see Jesus. You have heard the saying, “He’s really up a tree.” As my mother would say, “Zacchaeus’ conscience “whipped” him. Jesus knows where everyone is and knows us by name. My sheep hear my voice and will only follow me and not the voice of an impostor. Zacchaeus is called a “sinner.” There were so many people trying to see Jesus that Zacchaeus had to press his way through weaving through the crowd and running ahead and climbed up into a tree. Jesus used this opportunity of curiosity to carry out His mission, “The Son of Man has come to seek and to save the lost.” (Luke 19:10) Jesus was seemingly also excited to speak to Zacchaeus. “Zacchaeus, make haste, and come down; for today I must abide at your house.” (Luke 19:5) The people around most likely had mixed emotions; some being jealous and some angry, murmuring and criticizing. “He’s going to the house of a sinner.” Zacchaeus was jubilant and received Him hospitably and kindly. This was a momentous and exciting event of his life. Being a tax gatherer (called publicans) he was regarded as an especially wicked person. Perhaps, they never suspected Zacchaeus was penitent; gouging taxes fraudulently and falsely accusing. They did not have the vision that the most guilty might and possibly could be the most repentant.

Wouldn’t it be wonderful if those who enslaved and who are enslaving the minds and bodies of those having least resources that they too could repent. How long has the thought been floating around that ancestors of former slaves rightfully should gain restitution and be restored status. You know restitution doesn’t have to be money, it could be restoring of usurped rights. Reparation is defined as anything paid or done to make up for a wrongdoing, or the act of making up for a wrongdoing.” (YourDictionary) Well, that seems clear enough. We could start with clearing the jails of the prisoners who are there for minor marijuana offenses, which were perhaps at that time were illegal, BUT NOW, no longer illegal. Don’t we have more than enough innocent people locked up? Don’t we have enough prisoners shut up, wrongfully convicted, over sentenced? Haven’t we become more intelligent of how to deal with our societal problems and learned that locking up people right and left is not the answer. And expelling and suspending children is not the answer either. The cost of imprisoning people is exorbitant! It just seems to me that in this society, there are ways to solve problems. But, laws keep on being made to exact, deprive, diminish and deplete our educational system. This is a long term problem. We already have seen our current old education system doesn’t work. Organizations which were posing to help have now been bought out. Their emphasis has changed. Greed and quest for power and comradery have taken its place. People are let out of prison and practically no company hires them. So a prison sentence may be over, but society extends it by depriving the former prisoner and making that person a prisoner in another way. It’s a spiral effect. I have been called “the eternal optimist.” I like that designation. I do believe there’s nothing impossible. That there are answers; but it takes courageous fearless people to make change by looking into the detrimental consequences which the “system” encures. We could go on and on. What then do we say to these things? “If God be for us, who can be against us?” We must persevere more and more. Never give up! We need a THINK TANK. Be more mindful of who is elected. And the persons elected we need to carefully consider.

Thanks for reading! Happy Year!!! 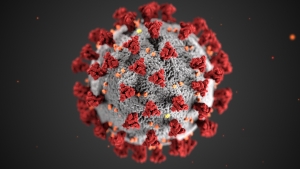