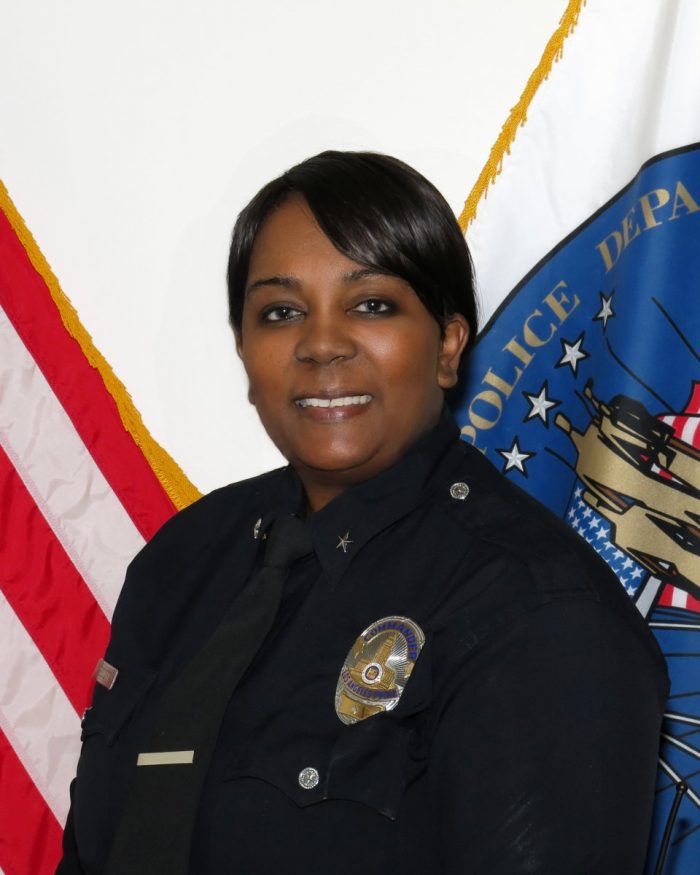 Long time Los Angeles Police Department officer Regina Scott said she is “honored” and “humbled” to have been recently promoted to deputy chief within the department. Scott is making history as the first Black female officer to hold the high rank position. Her main focus will be helping to bridge the gap between the department and the communities it serves.

Department officials publically announced Scott’s promotion on July 12, emphasizing their faith in her ability to carry out that mission.

“I was able to appoint Regina Scott,” said newly appointed LAPD Chief Michel Moore in an interview with the Sentinel. “She was working in the information technology bureau of the organization and now with this promotion to central bureau, she will oversee the police operations within the downtown core, east L.A., northeastern part, rampart area of Los Angeles. The fortunate part with that appointment is this promotion actually represents a historic milestone for us. With Regina’s appointment she is now the highest ranking African American woman within LAPD. The first time in history that we have been able to do that and I am proud to see such a qualified capable individual take on that role.”

Scott joined the department in 1987.  A New Jersey native, she joined the United States Army after graduating high school as a combat medic and pharmacy tech but moved forward with her education at Ashford University where she earned a bachelor’s in organizational management and criminal justice. Scott is also a graduate of `West Point Leadership School and the 216th Session of the Federal Bureau of Investigation National Academy in Quantico, Virginia.

During her time with the department, Scott has held a variety of positions including, police officer, field training officer, senior lead officer and sergeant. She has also held positions in all advance pay grades of the Detective and Lieutenant ranks, according to the LAPD. 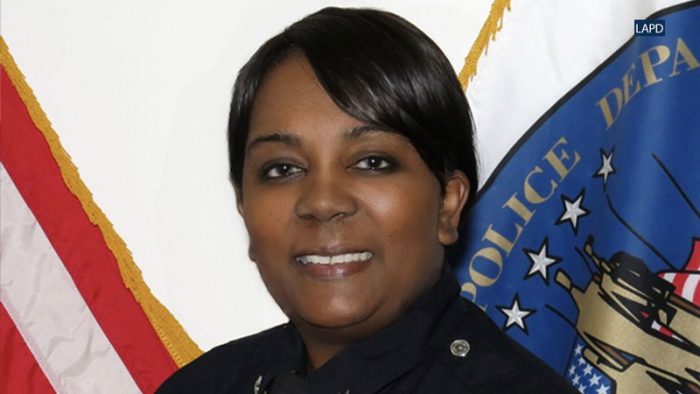 In 2006, Scott was promoted to Captain I at Southwest where she was responsible for the
patrol functions of sworn and civilian personnel in an area of South Los Angeles. A year later, she was promoted to Captain II at Central Traffic Division and later reassigned to Gang and
Operations Support Division. During that time she was responsible for the oversight and coordination of the department’s Gangs Units, Los Angeles City/County Community Law Enforcement and Recovery (CLEAR) program, the Department’s Cal Gangs coordinator, Gun Detail, Foreign Prosecution, and Fugitive Warrants.

She first made history within the department in 2011 when she was appointed as the first female African American commander in its history.

On September 8, 2014, Scott was assigned as the assistant commanding officer of operations-Valley Bureau, the largest bureau within the department. She was responsible for the Eastside of the San Fernando Valley which includes Foothill, Mission, Van Nuys and North Hollywood. She also had oversight of the Valley’s Gang and Narcotics.

“This promotion is more than just me, it is for those who paved the road before me… those who dare to dream big,” Scott told reporters upon her promotion.

“I want to thank Chief Moore for having the courage and insight for real change and reform.”

After Moore’s recent appointment as Chief of LAPD, he met with local Black leaders at the Sentinel Newspaper and shared that he planned to hire and promote African Americans within the department.

With the promotion of Scott to deputy chief, Chief Moore is displaying early signs of delivering on his promise and appears to be confident in his decision making.

“Regina embodies the spirit of the Los Angeles Police Department with a balance of determination, excellence and heart,” said Moore.

“In her new role as deputy chief, she will undoubtedly continue that quality work with an emphasis on building bridges, creating healthy communities and fighting crime.”