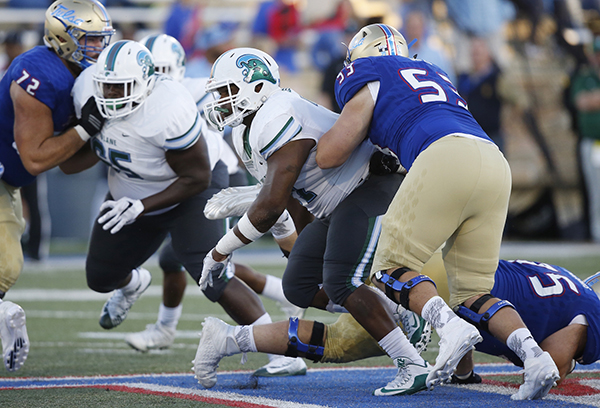 Although they traded their first round pick to the Tennessee Titans in 2016, the Rams acquired eight players from the 2017 NFL Draft to prepare for their second season in Los Angeles. With two more picks than last year, they focused on offensive players in the early rounds.

“I think we’re making a lot of good moves [in] positions that I know we needed,” said Rams defensive back Michael Jordan.

The Rams 44th overall pick was tight end Gerald Everett. During the 2016 season, Everett made 49 catches for 717 yards and earned four touchdowns at the University of South Alabama. He also played basketball and ran track in high school; Everett mentioned how his basketball experience contributed to his explosiveness and route running.

“I think I bring the complete package of a tight end,” he said. “Definitely a vertical threat first, but also being a willing blocker in the run game – just being able to create that mismatch at any point of time in the game.”

To add on the offensive end, the franchise signed wide receiver Cooper Kupp in the third round as the 69th overall pick. Kupp comes from the University of Eastern Washington, where he gained 6,464 career receiving yards and 73 career touchdowns.

“I believe I prepared to be the best when I step on the field and that’s not going to change moving up to the NFL,” Kupp said.

Samson Edukam was the first linebacker drafted by the Rams this year, aquired in the fourth round. A co-captain of the Eastern Washington University football team, Edukam made 15 tackles for loss and three fumble recoveries last season.

One of the two sixth-round picks was Tanzel Smart, a senior out of Tulane University. Smart was a Senior Bowl participant who earned a spot on the All-American Athletic Conference First Team and All-Louisiana College football First Team two years in a row. 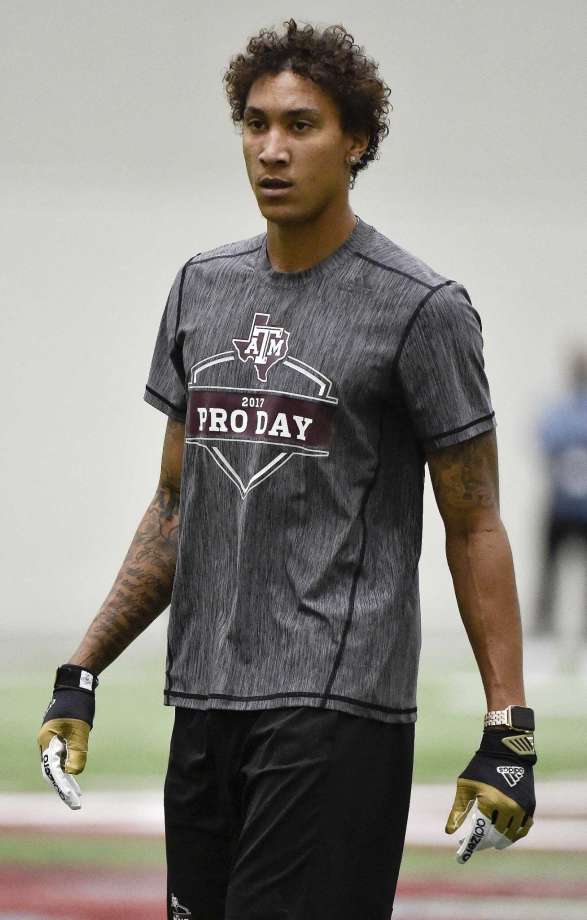 Prior to the Rams drafting Smart, Rams legend, LeRoy Irving was skeptical about the franchise’s draft picks.

“We still have some pieces we need to put together. Our secondaries are not where they should be or could be,” he said. “We didn’t really address that in the draft, so I am kind of skeptical about how they’re gonna fix that problem.”

The other sixth-round pick was Virginia Tech fullback Sam Rogers. The Mechanicsville, Virginia native had 692 career rushing yards and 802 career receiving yards for the Hokies.

Ejuan Price was the Rams’ final pick in the seventh round. As a two-time member of the All-Atlantic Coast Conference Team, Price was second in the nation in tackles for loss percentage, averaging 1.8 per game.

Along with the draftees, the Rams signed 11 undrafted free agents. Among the free agents, is Inglewood native Ishmael Adams of UCLA and former Trojan running back Justin Davis.

“It’s very important, but at the same time, it’s not everything,” Jordan said about the Draft. Jordan signed with the Rams as an undrafted free agent in 2016. “You just got to come into the situation with an open mind, regardless.”

The Rams waited for the later rounds to choose players on the defensive end with an exception to BC’s Johnson, who was a third-round pick. Hopeful Any Rams fan will hope that the 2017 rookie class will improve the team from their 4-12 overall record in 2016.