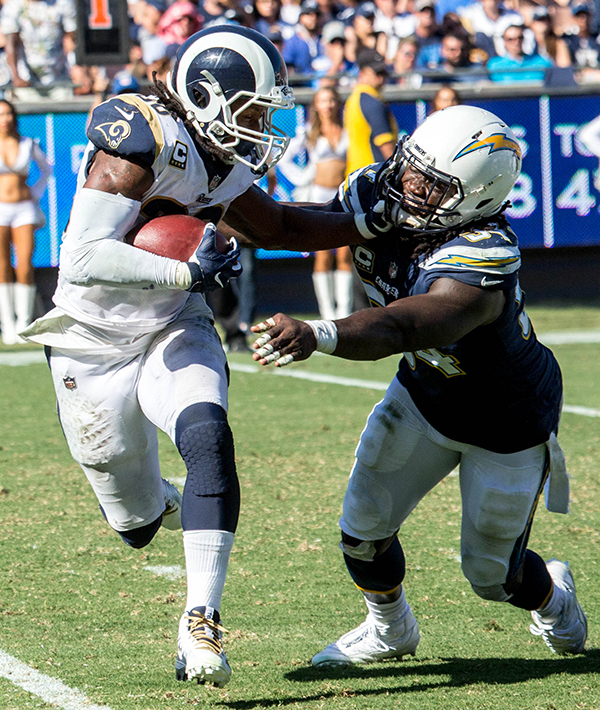 The Battle of L.A. crown was bestowed upon the Los Angeles Rams who rallied for a 35-23 victory over the Chargers on Sunday.

“You can’t give a team like that nothing. That offense was very good,” said Chargers head coach Anthony Lynn. “We didn’t put enough pressure on the quarterback. I think in the first half he (QB Jared Goff) was completing about 90 percent of his passes.”

Although the Rams are one of three NFL teams that remain undefeated, key defensive players sustained injuries. Corner Aqib Talib will be out for at least a month with a high ankle sprain and linebacker Dominique Easley injured his knee. Wide receiver Jojo Natson broke his hand and corner Marcus Peters had a strained calf.

The Rams defense made up for a fumble by Gurley, not allowing the Chargers a first down early in the first quarter. On their next possession, the Rams gained yardage by spreading out the Charger’s defense and gained three consecutive first downs. Gurley made the first score of the game. 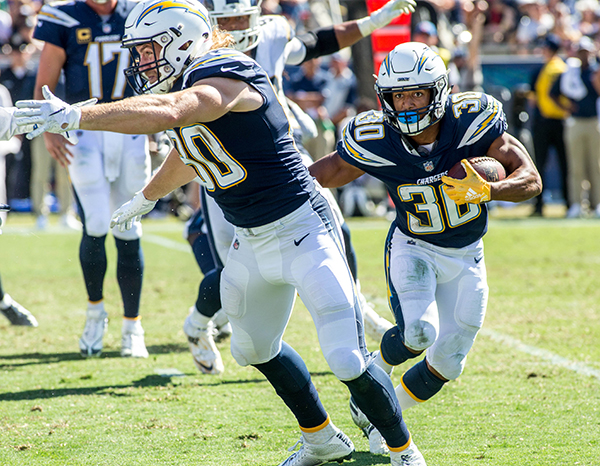 Chargers running back Austin Ekeler (30) made four carries for 47 yards against the Rams (Robert Torrence/L.A. Sentinel)

“It’s a great situation to be in. Obviously, we have a very high-powered offense,” said defensive tackle Ndamukong Suh. “But it’s up to us as a defense to give them as many opportunities to score as possible so we have got to find ways to continue to get off the field.”

Rivers avenged the Bolts three plays later, sending a 42-yard pass out to Williams for a touchdown. To conclude the first quarter, Goff sent a scoring pass to Woods.

Bolts safety Derwin James intercepted a pass from Goff in the Rams’ endzone, but the Chargers offense was unable to advance. Linebacker Corey Littleton blocked kicker Caleb Sturgis’ punt and defensive back Blake Countess recovered the ball to score a touchback.  Although down 6-21, the Chargers advanced down the field with long passes.

“You come into a hostile environment like this, it’s just the turnovers,” said tight end Antonio Gates. “We wasn’t able to do the things that we needed to do necessary to win.”

Gordon gave the Bolts their second touchdown of the day with 3:12 left in the half. Rams kicker Sam Ficken missed a 46-yard field goal kick to end the second quarter. 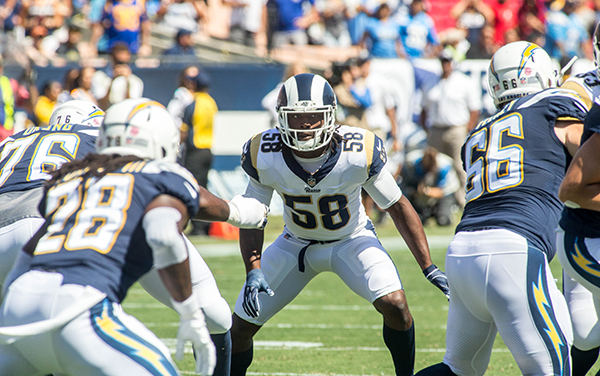 Rams linebacker Cory Littleton (58) led the Rams defense with 10 tackles in their win against the Chargers (Robert Torrence/L.A. Sentinel)

The two Los Angeles teams traded endzone trips in the third quarter. Goff connected with wideout Cooper Kupp for a 53-yard touchdown play. Eight plays later, Rivers shot left to Williams to score on a 20-yard pass. The Rams moved down the field with passes and Goff sent the ball to Woods on a seven-yard play to score.

The Bolts had possession to open the fourth quarter, but could only secure a field goal by Sturgis. The Chargers were never able to recover.

“It was another opponent. It wasn’t really about L.A. or the win for L.A.,” Woods said. “It was just an opponent in our schedule at home, have to win at home, keep this thing going and keep stacking wins.”

The Rams battle the Minnesota Vikings on Thursday at 5:20pm at the L.A. Coliseum. 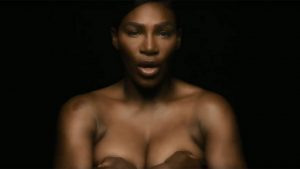 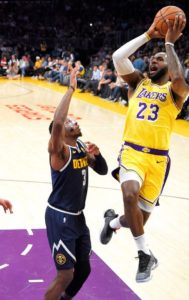 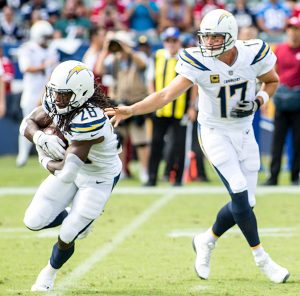 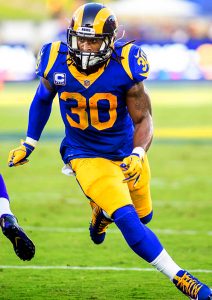