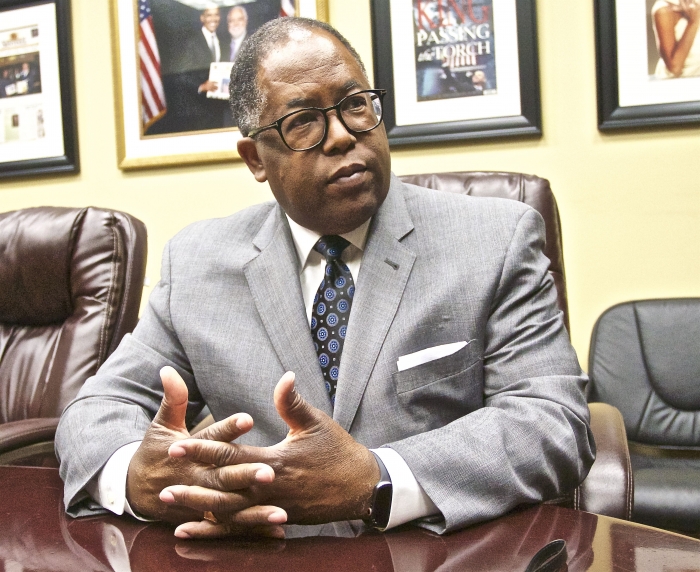 When it comes to public service, Mark Ridley-Thomas has done it all. He’s served on the nonprofit, city, county and state levels. The only thing left is national office.

But until that time comes, he’s returning to the local level. Ridley-Thomas wants to be the 10th district council member and all indications appear to favor his quest.

His endorsements include this newspaper, the L.A. Times and several leading union groups and community organizations. And the track record of his accomplishments is even more impressive.

As a L.A. councilmember from 1991 to 2002, he created the 8th District Empowerment Congress, an organized civic engagement effort that laid the foundation for the City’s Department of Neighborhood Empowerment.  Serving the last 12 years as the 2nd district county supervisor – the first African American man elected to the board – he spearheaded the campaign to reopen the Martin Luther King Jr. Hospital.

In between those offices, Ridley-Thomas served four years in the California State Assembly where he led the efforts to redevelop Exposition Park and attract an NFL team to the Memorial Coliseum.  During his tenure in the State Senate from 2006 to 2008, he launched the fight for a living wage for airport-area hotel workers.

Even before holding elected office, Ridley-Thomas battled on behalf of working people in his role as executive director of the Southern Christian Leadership Conference of Southern California from 1981 to 1991. Clearly, the common thread connecting all of his positions is the opportunity to serve, a quality that appears to be embedded in Ridley-Thomas’ DNA. 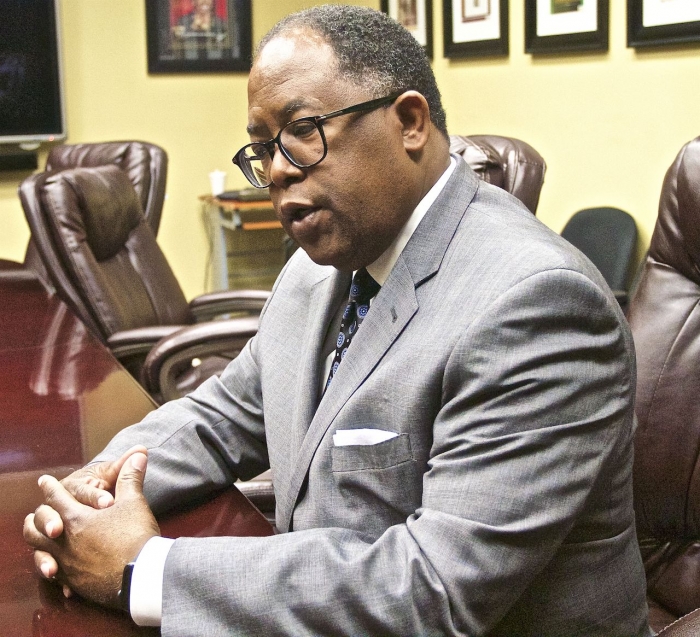 “There is a lot of fulfillment that I derive from being in public service,” acknowledged Ridley-Thomas. “I think there is a need to have individuals that are committed to this work and can do this work and I see myself in that category. That is why I remained in this work.”

His enjoyment of public service, coupled with his extensive experience on multiple levels of government, are likely two of the factors that influenced his decision to seek the 10th district council seat.

In addition to his expertise in developing and implementing statewide policies, he said that he has acquired extensive knowledge in the areas of “executive, administrative, legislative, and quasi-judicial rules” as a county supervisor. 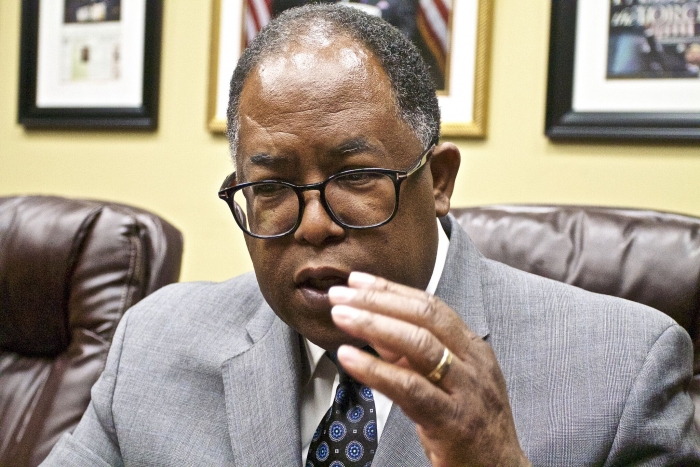 “In the County, there is one entity and that’s the board. We develop and pass the budget. We propose and adopt [legislation]. With respect to the quasi-judicial rules, we are responsible for probation and the Public Defender offices and we oversee and uphold the budget of the District Attorney and the Sherriff’s Department,” explained Ridley-Thomas.

“Serving on the City Council affords me an opportunity to take all this experience and focus it in a very concentrated way and a rich way, for enhancement of the people of the 10th District and I look forward to that,” he said.

Another advantage that Ridley-Thomas said he would bring is the benefit of relationships he already maintains with existing council members.  As County Supervisor, he works on various issues such as human trafficking prevention with Council President Nury Martinez. If elected, he said, “I expect that we will collaborate and work even more forcefully on that. It is an important issue for me.”

Ridley-Thomas frequently unites with Councilmembers Curren Price and Marqueece Harris-Dawson to address community concerns and mount projects that positively impact city and county residents who live in the areas that each official represents.  He is acquainted with others on the council from his service in State legislature and the MTA Board. 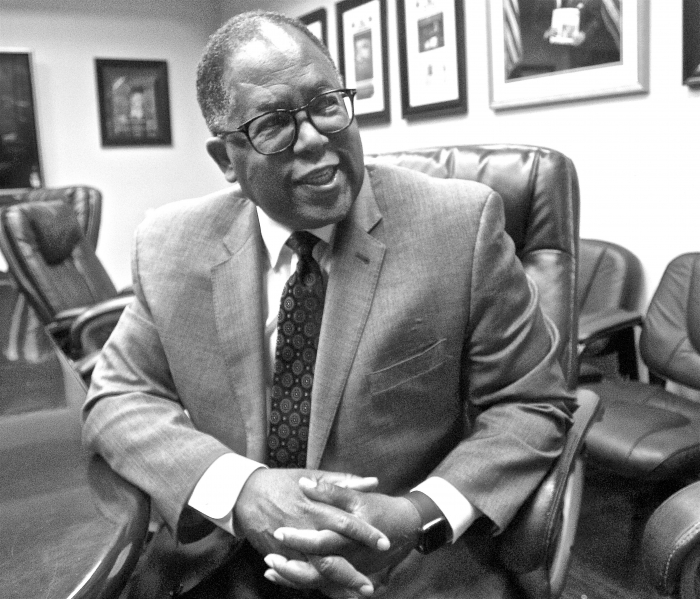 “Many relationships [already] exist, so there are no strangers and no surprises. I just look forward to the opportunity to enhance what’s going on there, benefiting from what they are doing and to be helpful in any way that I can,” said Ridley-Thomas.

He also intends to continue his strong emphasis on eliminating homelessness. Long before Ridley-Thomas was appointed by Governor Gavin Newsom as co-chair of the Statewide Task Force on Homelessness and Supportive Housing, he was sounding alarms about the crisis and urging municipalities, private businesses and nonprofits to partner in alleviating the burgeoning situation.

“My priority is homelessness. I’m not going to give that fight up and I expect to do more and better from the vantage of the City Council. The 10th District experienced a pretty significant uptick of homelessness, from 1,300 individuals in 2018 to 1,600 individuals in 2019. Who knows what it will be in 2020 when we get that data,” he remarked.

“Currently, I have seven people on my staff, who I call my Homeless Huddle, that work that issue from a policy, land use and constituent services perspectives.  I would like to replicate that on theCity Council and really demonstrate what can and should be done to address this crisis of consequence. It’s a state of emergency,” insisted Ridley-Thomas. 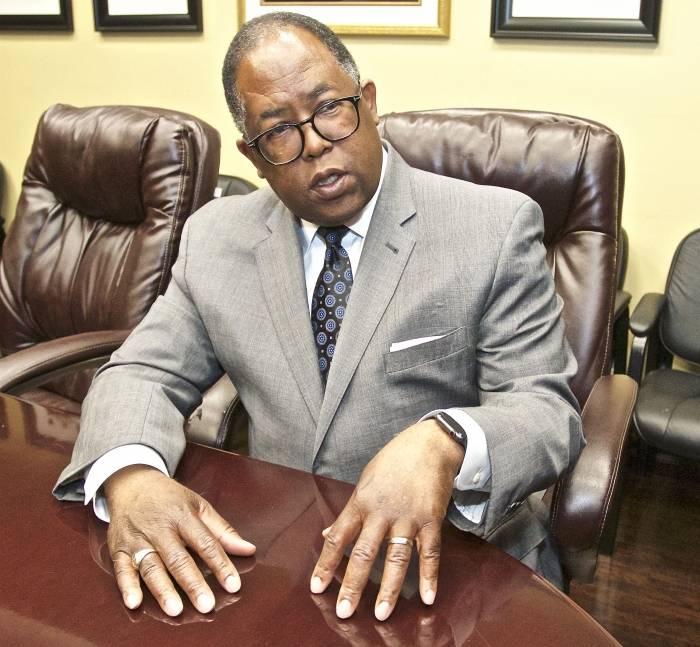 As with other challenges that he has faced, Ridley-Thomas believes that homelessness can be defeated and he aims to working closely with his team  – whom he describes “as the best, bar none” on the issue.

In addition to his staff, he said, “My team includes external supporters and advisors that are uncompensated. They include faith leaders, nonprofit leaders, activists and advocates of various stripes, so the team is deep and broad.

“The team includes a faithful group of constituents who have been with me from the very beginning of my career and remained with me up to this point. So, there are parts of the district that I now am running for that have been elements of all of the districts that I have served over the past 30 years,” said Ridley-Thomas.

Looking towards the next phase of his life, “I’ve been blessed with an abundance of energy and with good health all of my life. My family has been tremendous and my wife, my sons are a stabilizing force in my life, an aspect of my success that’s undeniable – my wife, my sons, and my grandchildren.”

Regarding his quest for elected office, Ridley-Thomas cited John 9:4 in the Bible, paraphrasing, “I guess I will ‘work while it is yet day, for the night cometh when no man can work.’  So. I’m trying to do it while I can, while I am endowed with the capacity to do it.”