(The following paper was presented in April 2011 at a UC Santa Barbara conference, California Dreamin’: Social Vision and The Crisis of California’s African American Communities. Clearly, the major barriers to Blacks’ progress have not changed and the recent spike in police killing young Black men is only the tip of the iceberg.)

Things have gone from bad to worse, yet efforts to develop and sustain unity among Black leadership is distressingly lacking. Blacks tend not to hold their leaders accountable, which adds to an unwillingness to change their self-serving behavior. Having internalized America’s values without full access to its benefits, both the community and Black leadership are reluctant to challenge the oppressive racist status quo.

In Los Angeles, as in other metropolitan areas, a host of pressing issues range from public schools failing to educate Black children and racial targeting, to violence and pervasive poverty.  (Although schools continue to fail Black students, Black educators and other Black leaders remain conspicuously silent.) Black leadership also skirts the thorny issue of immigration which is mired in distrust, but has the increasingly remote potential for mutually beneficial Black-Latino collaboration.

Heavily Latino SEIU Local 1877 was the (reluctant?) incubator for launching a new Black security officers union and the LA County Federation of Labor has, at times, supported efforts to increase Black membership.  Still, the overall employment picture remains bleak for Blacks, and without being an equal at labor’s decision-making tables, their sub-status will not change.  (The fledgling Black Workers Center in Los Angeles deserves support as a potentially strong conduit for recruiting and helping to train and place Black workers in good jobs.)  Black and Latino leaders, when pressed, profess interest in working together, but have rarely done so on a sustained basis, in recent years. Obviously this makes collaboration extremely difficult.

Blacks’ failure to hold its leaders accountable has spawned a host of self-serving, so-called leaders.  Many are “ambulance chasers” and/or “pay-for-view civil rights activists” who surface at high-profile media venues. Many are pawns of mainstream media; some even specialize in exploiting the emotions of murdered victims’ loved. Occasionally, these frauds endanger lives, which happened when a self-annointed “negotiator” claimed to have brokered a gang truce; a young Black man was shot as a result of the bogus claim.

To better understand the barriers and potential solutions for improving Black leadership, historical antecedents must be understood and given proper weight. Black oppression in this country is with parallel- the only exception is the massive desecration of Native Americans’ life and culture.  The impact of America’s brutal treatment of African slaves and calculated systemic efforts to totally wipe out their culture are scarcely noted outside of the Black community. In fact, slave masters meant to strip slaves of every vestige of positive human attributes, e.g., family, language, history and culture—all designed to ensure subservience.  Blacks have always fought such efforts with indomitable resilience, but that resilience has been seriously challenged by conditioned inferiority.  Nonetheless, Blacks’ have managed to rebound in the face of enormous odds. This stems, in large measure, from their ancient history of caring, communal and ethical values, shared responsibility and respect—all the antithesis of America’s individualism and materialism.

Psychological conditioning, codified in both law and custom, was designed to seal Blacks’ sub-human-status. One of the most insidious legacies of slavery is self-hate, still prevalent, especially among poor inner-city Black youth. Black leaders are typically silent on hard issues and tend to be only episodically outraged, even over the most egregious offenses against the Black community. Countless examples include brutality by law enforcement, showcased in high profile cases like Rodney King (Los Angeles), Donovan Jackson (Inglewood) and the murder of Oscar Grant (Oakland). (More recently, Trayvon Martin, Mike Brown etc.,  etc.)

The growing chasm between middle-class and poorer Blacks also adds to the difficulty in achieving political and economic clout i.e., marshaling sufficient pressure to bring about real change. Even the re-emergence of extreme conservatism has not generated a collective response from Black leadership.  The Tea Party Movement, coupled with continuing systemic inequities, underscore the need for caring, effective Black leadership.  However, these days, collaboration and unity are largely confined to rhetoric by Black leaders whose main priority seems to be keeping their jobs rather than serving the community..

Challenges constantly collide and collude, impeding Black progress in the ongoing struggle for justice.  Continuing formidable barriers would have proven fatal long ago but for Blacks’ storied resilience. But resilience alone is not sufficient and Black leadership must begin anew to assume its role and responsibility as servants of the people.

Ineffective, self-serving leadership and its cohort, disunity, have crippled Black people’s minds and political strength. Therefore, leaders must move from individual to group-orientation which is essential, for effectively collaborating with other groups and can only be done from positions of strength, not weakness. Black leaders must again demonstrate the will and   integrity necessary to meet the needs of their constituents.

The ethical, moral and political agendas of Dr. Martin Luther King, Jr. and Malcolm X, for example, must be revived because as commentator Bruce Dixon intones, “Many Black leaders are unwilling or unable to defend the opportunities that made their emergence possible.”   The Black community must insist that its leaders again embrace moral and ethical values as an indispensable part of Black life and an imperative for a great and resilient people.

Categories: Larry Aubry | Opinion
Tags: both the community and Black leadership are reluctant to challenge the oppressive racist status quo. | Things have gone from bad to worse | which adds to an unwillingness to change their self-serving behavior. Having internalized America’s values without full access to its benefits | yet efforts to develop and sustain unity among Black leadership is distressingly lacking. Blacks tend not to hold their leaders accountable 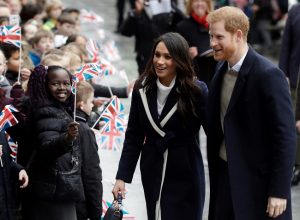 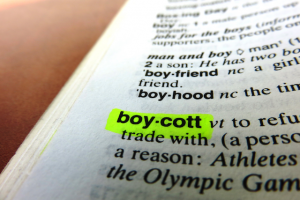 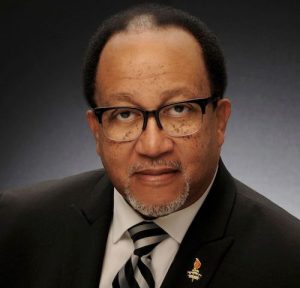 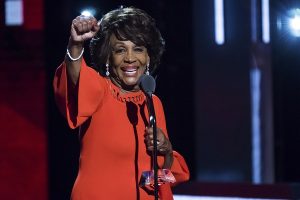 Maxine Waters, One of the Most Powerful Black Female Leaders of Our Tim...