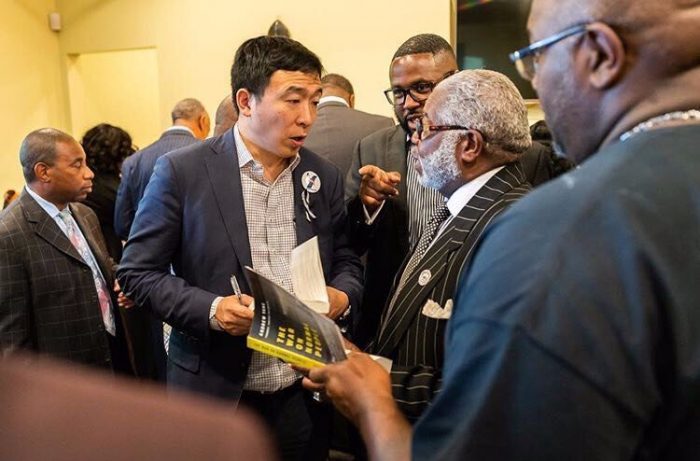 The Democratic Party is crowded with candidates who aspire to become the next president of the United States. There are currently 20 democratics running and Andrew Yang is one of them. He filed to run for the office on November 6, 2017.

The cornerstone of Yang’s platform is the universal basic income (UBI). Yang describes the UBI as “a form of social security that guarantees a certain amount of money to every citizen within a given governed population, without having to pass a test or fulfill a work requirement.” Yang’s UBI proposal is a payment of $1,000 per month for every adult American citizen.

Yang was recently in Los Angeles and met with the Black press and a group of African American leaders to discuss his desire to be president. The event was organized by Baptist Ministers Alliance president pastor K.W. Tullous, and held at Harold and Belle’s with an attendance of about 40 prominent community leaders. 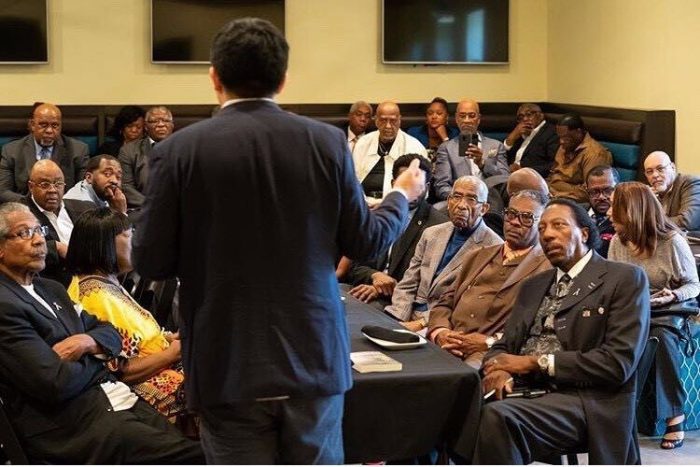 Yang’s conversation focused heavily on his UBI proposal and the doom African Americans will face within the next 40 years due to technology. He says he’s running for president in response to Trump and his desire to create jobs.

He stated, “I am the candidate to beat Donald Trump. I am pulling support from the entire political spectrum because I am laser focused on the problems that got him elected and proposing real solutions that would improve people’s lives.”

Yang has built enough momentum to qualify for the DNC debates and is seeing thousands at many of his rallies. At least 2,000 attended his rally following the Black leaders’ meeting here in Los Angeles.

Prior to running for office, Yang founded Venture for America, a nonprofit organization that trains recent graduates and young professionals to work for startup companies in cities across the country, including Baltimore, Detroit, Pittsburgh, and Cleveland. He also worked for a healthcare startup, founded a national education company, and practiced law as a corporate attorney.

To learn more about this candidate visit https://www.yang2020.com