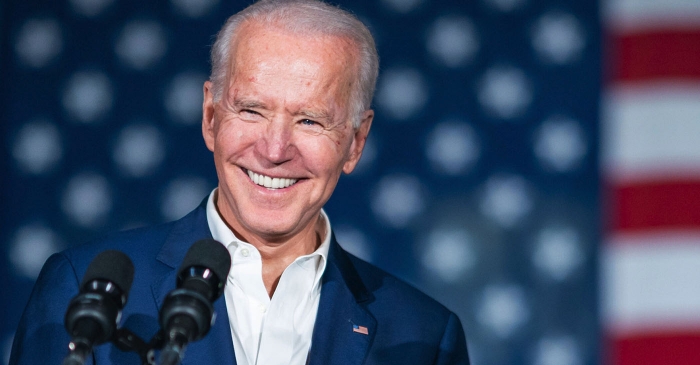 President Joe Biden plans to continue speaking with senators this week about passing H.R. 1, a bill that addresses voter access, election integrity and security, campaign finance, and ethics for the three government branches.

White House Press Secretary Jen Psaki said that the President is very aware of the voter suppression laws pushed in Republican-led state legislatures around the country.

When asked if the White House should consider reprioritizing voting rights over infrastructure, Psaki said the administration is closely working with senators.

“We are very deeply engaged in working with members of the Senate and their teams on how this can move forward,” Psaki said of H.R. 1, or the “For the People Act of 2021,” which passed the House last month.

“I wouldn’t say one is over the other,” Psaki remarked.

In Republican-led statehouses in Georgia, Pennsylvania, and Arizona, lawmakers have offered up new laws that would make it difficult for people to vote – particularly individuals of color.

In Arizona, Republican lawmakers have introduced 24 bills that would suppress or even exclude people from voting.

“Everybody shouldn’t be voting,” Arizona Rep. John Kavanagh remarked as he explained the proposed suppression laws in the Grand Canyon State.

“Democrats value as many people as possible voting,” he remarked. “They are willing to risk fraud. Quantity is important, but we have to look at the quality of votes, as well.”

The text of the legislation sets forth provisions related to election security, including sharing intelligence information with state election officials, supporting states in securing their election systems, developing a national strategy to protect U.S. democratic institutions, establishing in the legislative branch the National Commission to Protect United States Democratic Institutions, and other provisions to improve the cybersecurity of election systems.

The For The People Act of 2021 addresses campaign finance, including expanding the prohibition on foreign nationals’ campaign spending.

It also addresses ethics in all three branches of government, including requiring a code of conduct for Supreme Court Justices, prohibiting Members of the House from serving on the board of a for-profit entity, and establishing additional conflict-of-interest and ethics provisions for federal employees and the White House.

The bill requires the President, the Vice President, and specific candidates for those offices to disclose ten years of tax returns.

The legislation named after the late Congressman would restore critical provisions of the 1965 Voting Rights Act – specifically where states and counties with a history of discrimination were forced to receive federal approval to enact new voting laws.

“Voting rights and ensuring people have access to voting – that is easier, not harder – is a core priority for the President,” Psaki exclaimed.

“That’s why his team is so engaged in this process.

“And, of course, investing in infrastructure; ensuring that we can create good, clean energy, union jobs is also a priority. You have to walk and chew gum as President of the United States, and certainly he believes both are imperative and important.”