America is still healing from several violent murders of unarmed Black men and women at the hands of law enforcement officers across the country. But that climate in the country, volatile and fraught with distrust and disagreement, did not stop members of the California Correctional Peace Officer Association (CCPOA) from placing a gun target on the photo of a Black lawmaker in California.

The CCPOA, in a two-minute political video, clearly displayed an image of a “crosshair” symbol over the face of State Assemblymember Reggie Jones-Sawyer (D-Los Angeles) at the 1-minute-20-second mark of the clip, which was widely circulated before it was deleted. 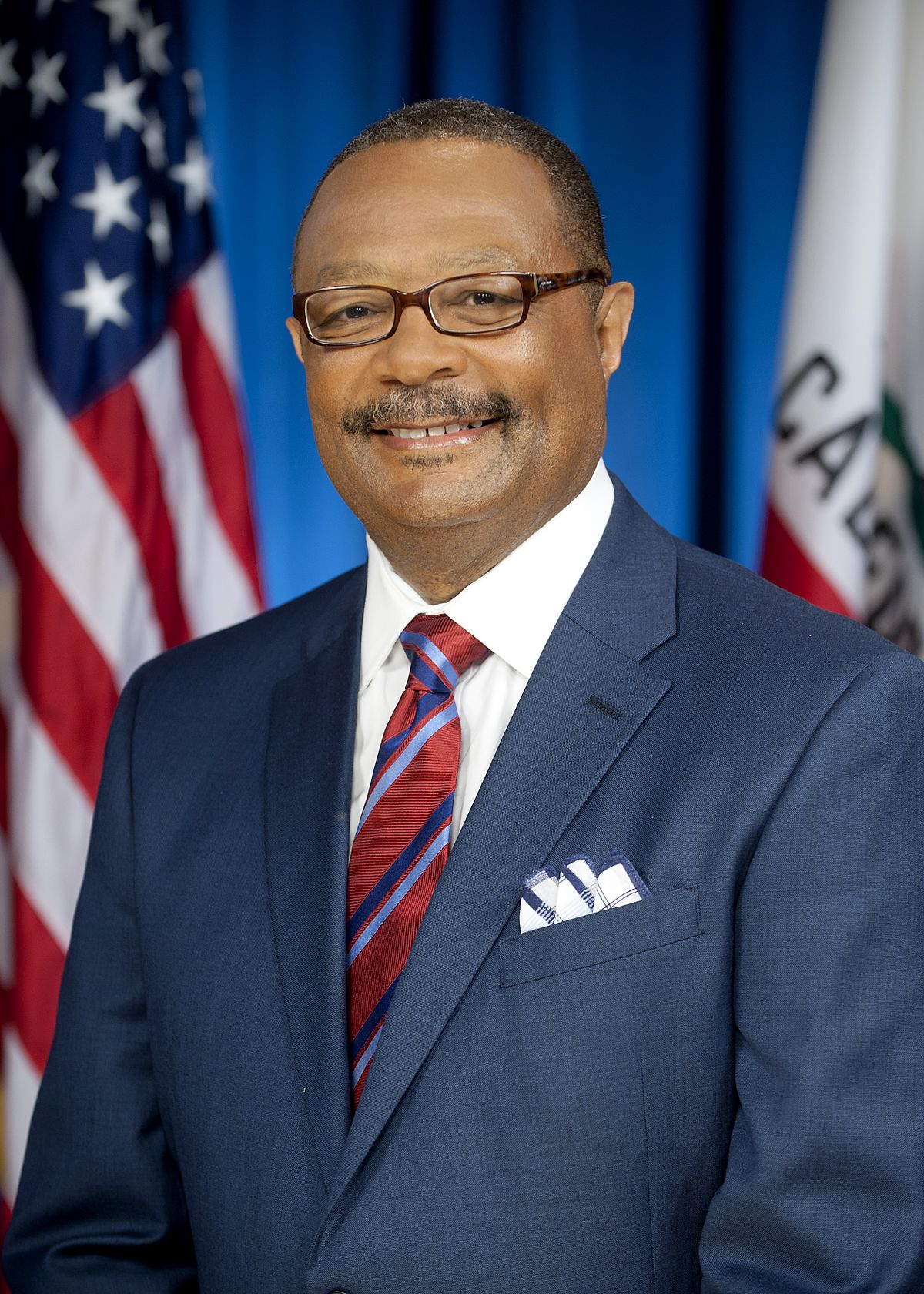 “From what I saw, there were no Black correctional officers in the video, no Black representation,” the Rev. Jonathan E.D. Moseley, president of the Los Angeles Chapter of the National Action Network, told California Black Media (CBM).

“It was a despicable piece of propaganda. It was not just targeting elected officials, it targeted an elected Black official,” he continued.

Glen Stailey, a correctional officer and CCPOA’s state president, posted the video on Facebook. CCPOA is supporting a candidate who is running against Jones-Sawyer in the November General Election.

The crosshair symbol is commonly used figuratively to connote that someone or something is being targeted. Whether it’s a sniper, police officer, or a citizen practicing at a range, shooters rely on actual crosshairs in firearm viewfinders to mark the object of their impending gunfire, before they squeeze the trigger.

“It is unconscionable that the president of a peace officer’s association would use such a scare tactic that could incite someone to take action and cause harm,” said Jones-Sawyer, who has asked the Assembly Sergeant-at-Arms for additional security. He has also requested that California Attorney General Xavier Becerra investigate.

In the video, Stailey is shown staring at a wall lined with photos. Other individuals are standing by him. He is specifically pointing his finger at the photo of Jones-Sawyer, which is covered by the crosshairs target symbol. 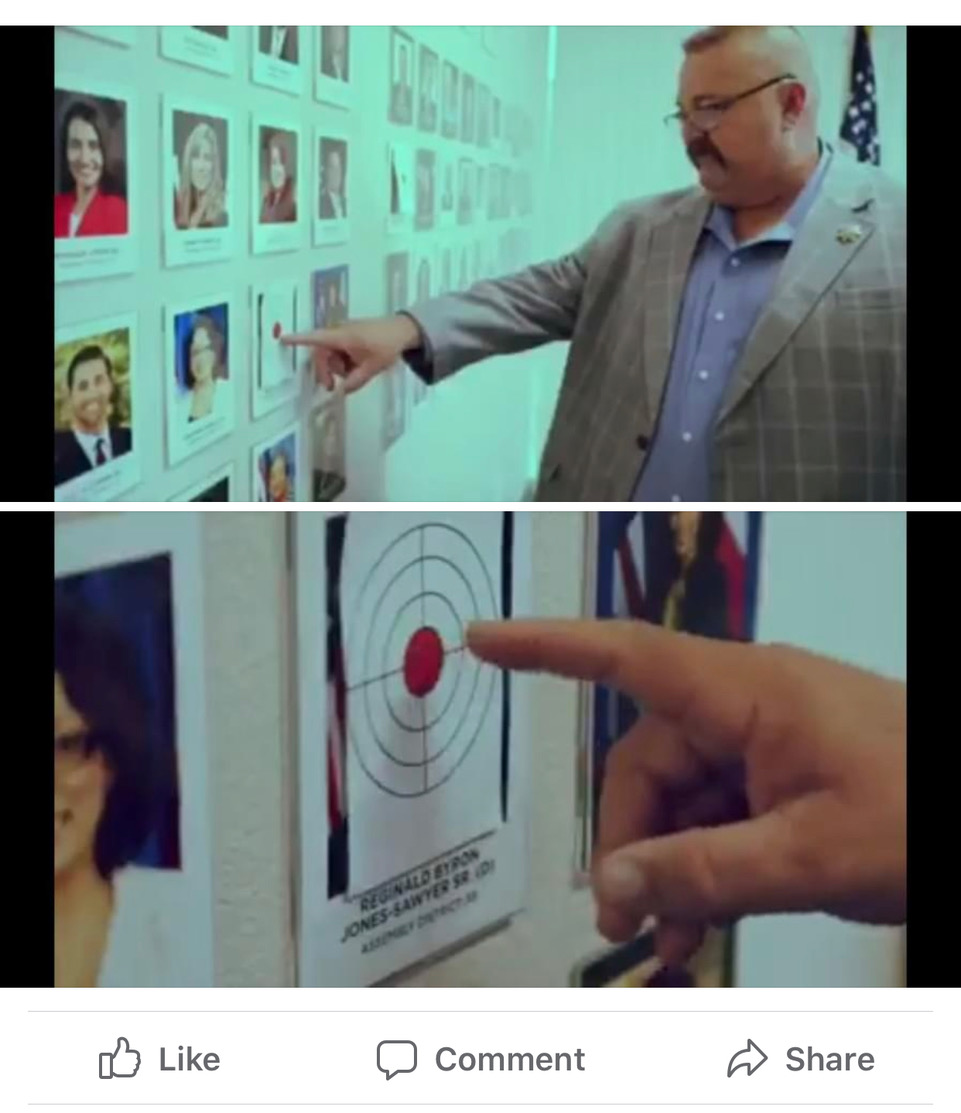 “CCPOA is prepared to take the lead and speak the loudest. We are going to demand that the increased violence and assault on peace officers are addressed and the perpetrators are held accountable to the highest degree,” Stailey says in the video, pointing to Jones-Sawyer’s photo.

Alice Huffman, president of the California-Hawaii branch of the NAACP, watched the video. She told California Black Media (CBM) that it was “heartbreaking.”

“This is hurtful and despicable,” she said. “At its best, this video shows a violation of the trust that we place in our law enforcement authorities. At its worst, this is a dangerously suggestive, racist, calculated and terrifying act perpetrated by people who should know better. These are people we count on to protect us – not to use symbols we all can identify to instill fear in us,” said Brown. “An apology just doesn’t cut it.”

After a slew of comments on Twitter and Facebook reacting to the video, most of them in opposition, the CCPOA deleted the video.

“The CCPOA posted a video that showed we are ‘targeting’ several legislative districts,” Stailey said in a statement. “It would require a great stretch of the imagination to believe that we meant anything other than our clear intent, which was to demonstrate that we are mounting political campaigns against certain legislators. However, to put this controversy to rest, we are moving the video from our official channels and editing it.”

Jones-Sawyer is the chairperson of the Assembly Public Safety Committee.

“This is unacceptable. Putting crosshairs on a sitting Assemblymember with whom you have political

After two Los Angeles County sheriff’s deputies were shot at close range while sitting in a patrol vehicle on Sept. 13 in Compton, Jones-Sawyer called the crime “cowardly.”

The two deputies survived the ambush.

“I’m against police violence,” Jones-Sawyer told a Southern California radio station on Monday, Sept. 14. “And that’s not only police violence when it involves African Americans or Latinos, but also when violence goes against law enforcement officers. That act was a cowardly act.”

Jones-Sawyer, who represents the 59th Assembly District, is currently in a fight to hold on to his seat. He trailed Efren Martinez, also a Democrat, in the primary election, which forced a runoff in the Nov. 3 General Election.

California correctional officers are responsible for the custody, safety, security and supervision of inmates in prison.

“This is outrageous. Law enforcement says they care about public safety and then create media that threaten a public official,” Rebecca Weiker posted on Twitter. Weiker is the program director for Re:Store Justice, a non-profit organization that facilitates encounters between survivors and individuals who commit violent crimes.

“Disgusting! Putting a gun target on a Black elected official endangers him and his family,” the California Legislative Latino Caucus tweeted. “Reggie Jones-Sawyer, as chair of the Assembly Public Safety Committee, is a great leader on criminal justice reforms. The CA Latino Caucus stands with Reggie in denouncing these tactics.”

Jones-Sawyer says his family has a history of involvement in the 1960s civil rights and other social justice movements, so he’s aware that threats like the CCPOA’s are not always idle or harmless. He also has an uncle who was one of the “Little Rock Nine,” a group of Black students who famously integrated Arkansas’s Central High School in 1957.

“The men and women of the CCOPA deserve better representation and a board that communicates their needs rather than personal biases and hatred,” Jones-Sawyer said. 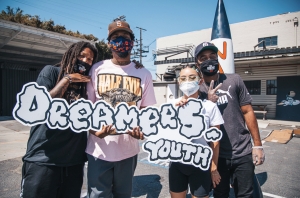