Perry Bennett wanted his entrepreneurial business to be the example of what is possible, he envisioned a relaxing environment in the community and created Perry’s Joint; a Black-owned eatery that represents the culture. Bennett wanted to make sure that this facility ignited other young minds to create their own business too. Perry’s Joint specializes in artisan sandwiches the storefront symbolizes the growth Bennet looks to see within the community.

Bennett painted his background setting vividly, he grew up in the rough exterior of the inner city of San Francisco, CA. Bennett strived for the better, his vision became a reality in 1993. He recalls seeing a few Black-owned businesses during that time, but Bennett felt that the community can strive for better, Perry’s Joint was designed, utilizing the tourist attraction of San Francisco, Bennett set out to create an eatery that represents the “African-American experience.”

“My idea was to open a business that could not only represent our experience—I wanted young people to see a different avenue besides selling drugs,” Bennet explained. He used himself as an example, to look at entrepreneurship to be a viable outlet for success.  Bennett described the combination of inspiring and representing the Black community, is how Perry’s Joint started.

He credited his entrepreneurial spirit to his upbringing; since he was 13, Bennet worked in his parent’s Ice cream shop, hot dog stand, and food truck business. This gave Bennett the grit needed to open his own eatery; in the midst of earning a degree in psychology at San Francisco City College straight from high school, Bennett had officially opened his business by age 23.

Bennett reflected on the most challenging part of operating a business, he said, “The most challenging thing is—and I can speak specifically to being an African American entrepreneur in the restaurant business, is really just lack of resources.” He explained that “lack of resources” refers to everything from having knowledge on how to run the business, to having access to people who can give you the information in operating that said business.

The Perry’s Joint owner outlined that lack of resources is the biggest milestone found in building a business in the African American community, when it comes to being a Black entrepreneur, he emphasized that the collective community has to start from below the average starting point.

Bennett recounted a phrase he heard from a professor at the University of Southern California (USC), “Being an entrepreneur is like jumping off a cliff and building an airplane on the way down,” Bennett added the hardship of being a Black business owner by stating, “Being an African American entrepreneur is jumping off the cliff and never getting the resources to build an airplane on the way down, hitting the ground, and hoping you don’t die, and then getting up and trying to start a business.”

Bennett encouraged the way around those obstacles is to have a spirit of endurance, passion to overcome, and an unwavering focus. He said, “For me, I had a focus, and the focus was –however I can do it, stay open this month and make it to the next month…” He emphasized after years of growing and constantly providing the best service to his customers, Bennett created a respectable business.

Initially, Perry’s Joint was known for hotdogs, ice cream, and candy, and then it evolved into the finely crafted environment that it is today. It was in the fall season of 2004, when Perry’s relocated to Southern California, Bennett planted his flag minutes away from the Iconic Rose Bowl in Pasadena, CA, found on 2051 Lincoln Avenue.

Perry’s Joint represents the mission of having an abundance, the artisan crafted sandwiches are made with the freshest ingredients, the portions are colossal, and every plate is rich with flavor. When biting into one of Perry’s Joint signature pile high sandwiches, one can hear the crunch that comes from the fresh produce being held together between two crisp bread slices and thick helpings of meat tucked into every bite. 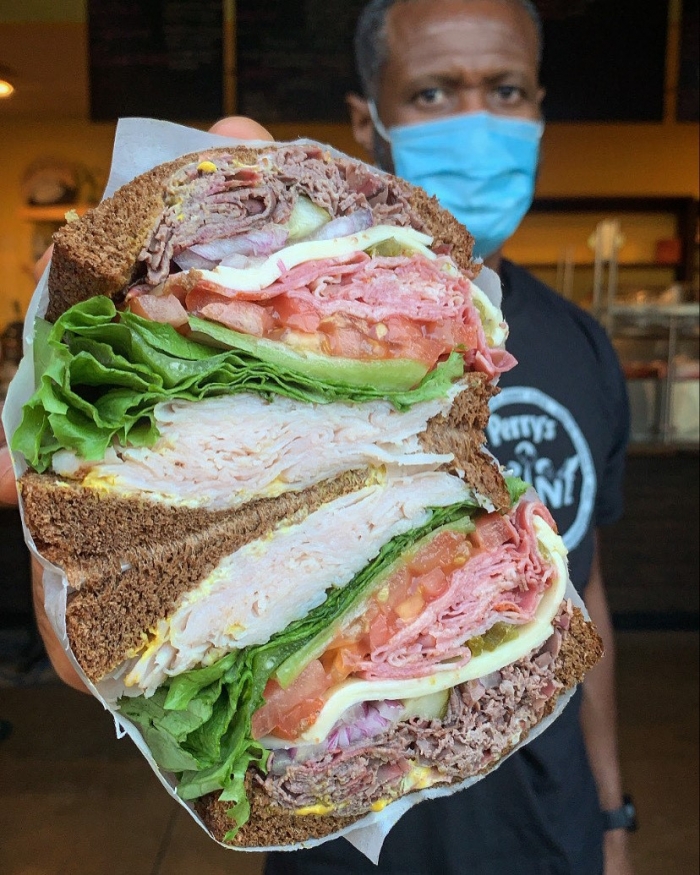 Bennett expressed his pride in the design of his sandwiches, highlighting the Hey Joe and the Guru, he stated, “Those two sandwiches I really brag on, because those sandwiches— you can’t get anywhere in the world, but right here in Perry’s Joint and people love them. They’re just delicious and I am proud of that because it’s a one-of-a-kind sandwich, that came directly from the consciousness of me.”

The Perry’s Joint has withstood the rise and fall of two decades; however, COVID-19 has been the first global pandemic that Bennett’s establishment has ever encountered. The business owner explained that his business has been doing really well, Bennett said, “…fortunately I was already 55 percent take-out anyway, so what COVID did was—a lot of people had to work from home and when they started working from home, they still had to eat lunch; they wanted a good lunch and fortunately I am a good place.”

The take-out business for Perry’s Joint increased and the overall rate of business increased during this global pandemic. Additionally, the rise in consciousness that happened after the death of George Floyd also raised the awareness of Bennett’s business.  The Perry’s Joint owner said, “I been fortunate when it comes to COVID and my business has done very well in the midst of the pandemic.”

Bennett created an environment of rest, when the community is operating indoors again, Perry’s Joint will uphold the carefully cultivated spirit that always surrounded this establishment. The official website states this promise, “Whether it’s a few high school kids stopping by to grab an after-school snack, a city worker having lunch, or a couple enjoying Tuesday evening jazz, you can always count on Perry to leave your palette satisfied.” 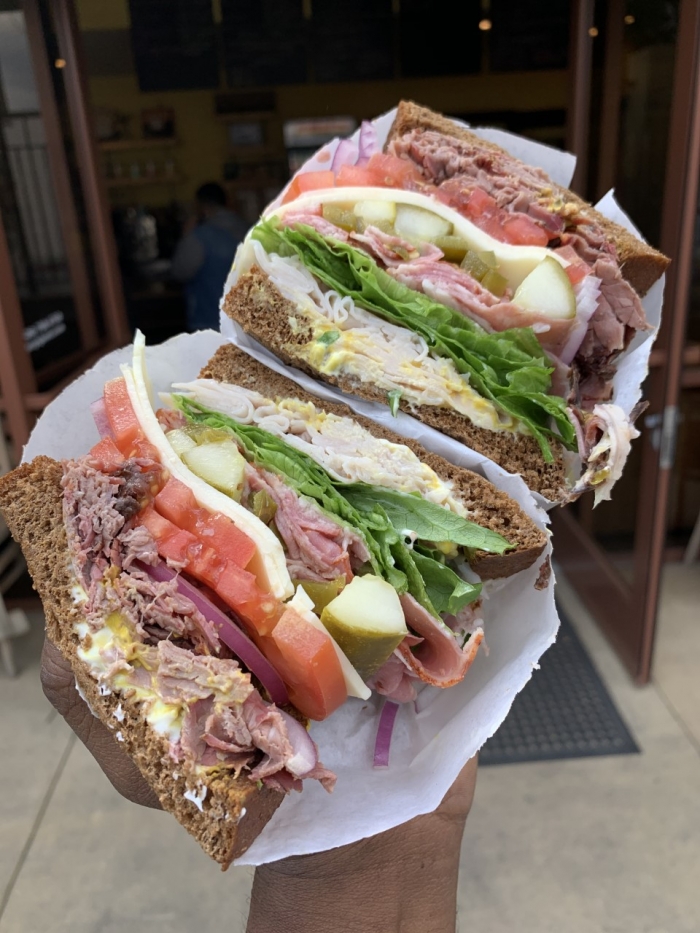 Grooming his business for expansion, Bennett has planned for Perry’s joint to grow, he said, “I feel like I can grow as big as anyone …” This September Bennett is slated to open Perry’s Joint number two, another location in Pasadena and in five years from this date,  the Perry’s Joint owner envisions at least 10-20 locations. Bennett’s entrepreneurial spirit is coupled with his personal goal of giving back to the community; the best success is pulling people up as one climb.

With a heavy focus on the education of the youth in his community, Perry’s Joint has dedicated days of business where 100 percent of the proceeds are set to uplift a high school student, providing collegiate scholarships to a number of graduates from John Muir High School.

Bennett said, “A lot of those kids reminded me of a lot of myself and a lot of my friends when I was growing up; I really wanted to connect and be an example for them.”  Bennett built his business on this philosophy, “I was born, bred, and programmed to be a part of my community.”

Enjoy Perry’s Joint signature sandwiches from the comfort of the couch, by ordering delivery from Postmates or by calling (626) 798-4700. Operating hours are Monday-Friday from 10 a.m. -5 p.m. and Saturday 11 a.m. – 4 p.m., visit the Perry’s Joint website, for the full menu. 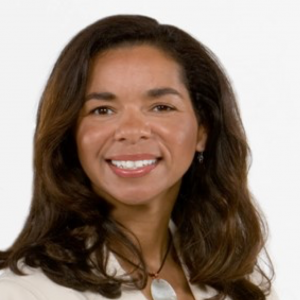 A FOUNDATION OF ADVOCACY LEADS TO SUCCESS 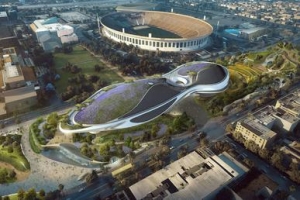 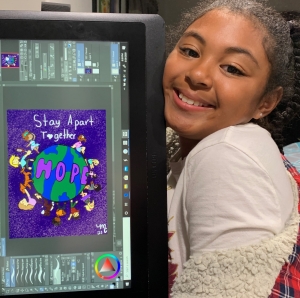 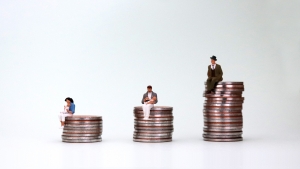