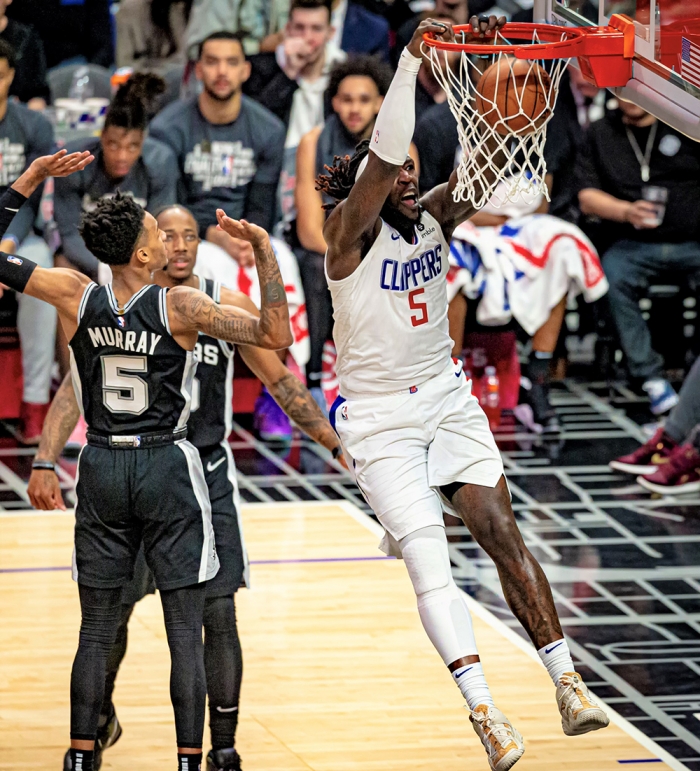 Paul George has been in and out of the lineup this season due to injury, but one thing he has proved is that his clutch gene is still intact hitting a dagger with 13.7 seconds left for the 108-105 win over the Spurs.

“He’s a big shot-maker and a big playmaker for this team. We expect a lot out of him,” said Lou Williams about his teammate Paul George.

“I mean that’s what I grew up on. The first one, the world myth. Where it all started,” said DeRozan about honoring Bryant with the jersey.

DeRozan started the game on fire channeling his inner mamba mentality learned from Kobe, tallying 21 points in the first half on 10-of-14 field goal attempts. 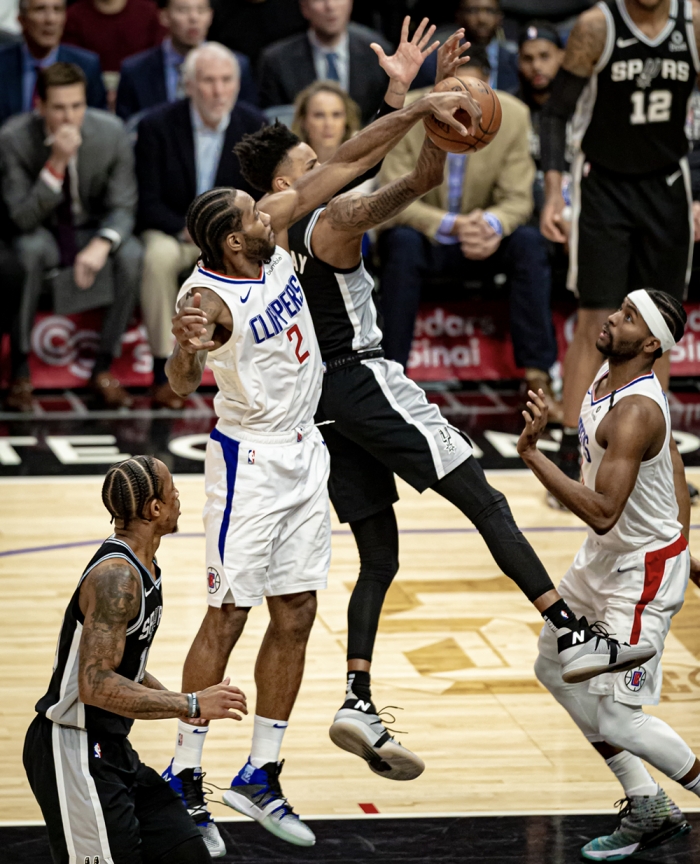 Kawhi Leonard demonstrated the second half defensive intensity with a huge block helping spark a run for the Clippers (Credit Jerry Kelly/T.G.Sportstv1/)

“It’s always going to be tough for the fans, for the people that know him personally,” said DeRozan. “It’s just a surreal thing, and me knowing for a fact the best in honoring him is to go out there and give it your all.”

DeMar hit a Kobesque 13-foot pullup jumper, and it was clear he was locked in and on a mission to have the best possible game he could in tribute to his idol and mentor.

The Clippers trailed the Spurs 63-54 at halftime with no answer to stopping DeRozan. The Spurs had three players with double digits points while the Clippers lone double digit scorer was Kawhi Leonard with 12 points at the break.

.@LAClippers have NO ANSWER for DeMar DeRozan (21 PTS). LA also has 8 turnovers to the San Antonio’s 2 turnovers. @spurs lead 63-54 at half#NBA #NBATwitter

“We didn’t make many [adjustments at halftime]. We just played harder. I thought San Antonio showed up with a purpose tonight. You can see they’re fighting for their playoff lives and they played that way in the first half,” said Clippers Head Coach Doc Rivers.

Clipper faithful held their breath in the third quarter when Paul George exited the game after taking an accidental elbow to the nose from DeMar DeRozan.

“I didn’t feel blood start trickling when it first happened,” said George. “But next thing you know, it’s [like] Niagara Falls. I was hoping it wasn’t a broken nose. It’s larger than usual now. So hopefully I can just ice it down and help with the swelling. There won’t be any mask for me.” 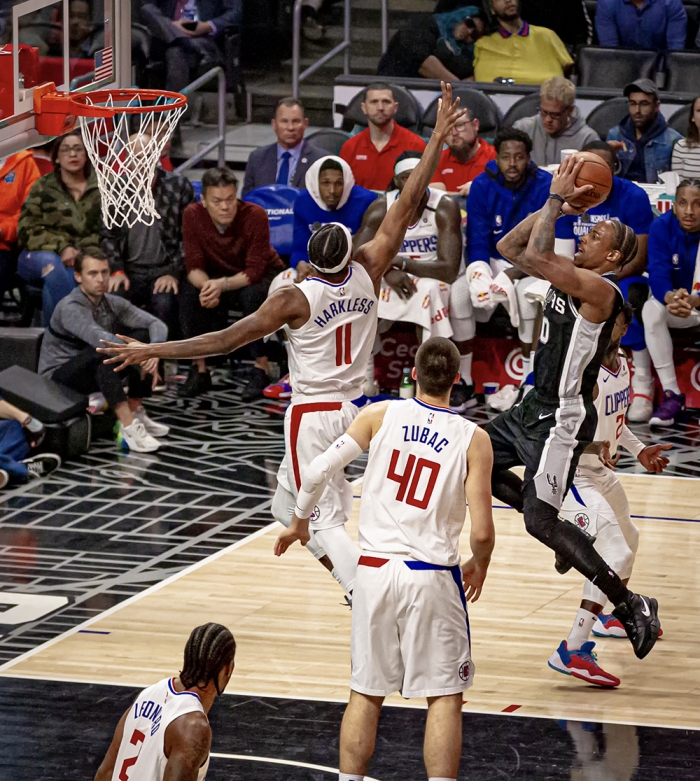 The Clippers depleted the Spurs lead and tied the game at 102 with two minutes left to play from a clutch Pat Beverly corner three-pointer.

With the clock running down and the Clippers up by 2 points the ball was in Paul George’s hands. With a swollen nose and 13.7 seconds on the clock George nailed a 19-foot stepback jumper to seal the game.

The Clippers host the Miami Heat Thursday at Staples Center in a duel against one of the top Eastern Conference teams.