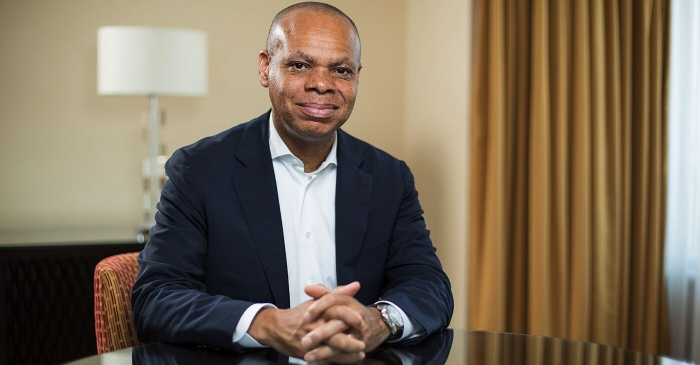 “Ambassador Gaspard’s service within the Labor Movement as well as his tenure as a member of the Obama administration has always inured to the benefit of all Americans,” said Leon W. Russell, NAACP Chairman, National Board of Directors. “His service in the diplomatic corps as Ambassador to South Africa during a challenging period of that nation’s development was stellar.” (Photo: concordia.net)

The National Association for the Advancement of Colored People (NAACP), the nation’s foremost civil rights organization, has announced that Ambassador Patrick Gaspard will be awarded the prestigious Spingarn Medal during the NAACP’s 110th Annual Convention taking place in Detroit, Michigan on July 24.

The award recognizes Gaspard’s lifelong commitment to equality and civil rights. Gaspard, a native of the Democratic Republic of Congo,moved with his parents to the United States when he was three years old.He served as political director for President Barack Obama in the White Houseand as the Executive Director of the Democratic National Committee, overseeing the party committee’s efforts to re-elect President Obama. In 2013, President Obama nominated Gaspard to the post of United States ambassador to South Africa. He worked to strengthen civil society and worked in partnership with the South African government to develop the country’s healthcare infrastructure and to support innovations in local governance. He also worked to connect South African entrepreneurs to United States markets; develop clean, renewable, and efficient energy technologies; and to end wildlife trafficking.

“Patrick Gaspard is a global champion for civil and human rights. Hiscontributions to campaigns to end police brutality, improve access to affordable health care, and increase dignity for working families is unparalleled,”said Derrick Johnson, NAACP President and CEO.For over 100 years, we have honored leaders who have served as pillars in the fight for justice and this year’s selection of the Patrick Gaspard is no exception.”

“The NAACP has been a beacon and an inspiration to me my entire life; Its leaders blazed the trails we now walk, and helped make my career, and the careers of countless other organizers and activists, possible,” said Gaspard. “The previous recipients of this incredible honor are among my greatest heroes, who showed us what dedication and the courage of our convictions could achieve. To be in their company is beyond humbling. I am enormously grateful for this recognition, and will do all that I can to try, now and in the years to come, to live up to its promise.”

“Ambassador Gaspard’s service within the Labor Movement as well as his tenure as a member of the Obama administration has always inured to the benefit of all Americans,” said Leon W. Russell, NAACP Chairman, National Board of Directors. “His service in the diplomatic corps as Ambassador to South Africa during a challenging period of that nation’s development was stellar.”

The NAACP Spingarn award was established in 1914 by the late Joel E. Spingarn then Chairman of the NAACP Board of Directors. It was given annually until his death in 1939. The medal is awarded “for the highest or noblest achievement by a living African American during the preceding year or years.” A fund to continue the award was set up by his will, thus, the NAACP has continued to present this award. Previous recipients of this award include: Mrs. Daisy Bates (Little Rock Nine), Jesse L. Jackson, Myrlie Evers-Williams, Earl G. Graves Sr., Oprah Winfrey, Cecily Tyson, Harry Belafonte, Sidney Poitier and the Honorable Nathaniel Jones. Tickets to the Spingarn Dinner can be purchased on the NAACP Convention website here. 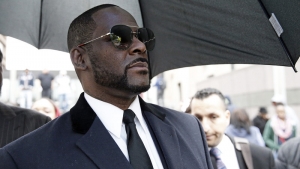