The Pacific Fishery Management Council adopted three alternative season structures for 2019 ocean salmon fisheries off of Washington, Oregon and California today for public review. The Council will make a final decision on salmon seasons at its meeting in Rohnert Park, California, on April 11-15. Detailed information about season starting dates, areas open, and catch limits for all three alternatives are available on the Council’s website at www.pcouncil.org.

“Although some forecasts are up over last year, this year’s salmon runs are still challenging for ocean fishermen and managers,” said Council Executive Director Chuck Tracy. “In the north, conservation requirements for Fraser River (Canada) and other natural coho runs, as well as lower Columbia River natural tule fall Chinook, will constrain fisheries*. In the south, we need to protect Sacramento River fall and winter Chinook, as well as California Coastal Chinook.”

Fisheries north of Cape Falcon (in northern Oregon) are limited by the need to reduce catch of lower Columbia natural tule Chinook and coho stocks of concern. Additionally, three stocks of coho (Queets River, Strait of Juan de Fuca, and Snohomish) remain categorized as overfished, which is also a concern when structuring 2019 fisheries.

Non-Indian ocean commercial fishery alternatives north of Cape Falcon include traditional Chinook seasons between May and September. Chinook quotas for all areas and times range from 22,500 to 32,500, compared to 27,500 in 2018. Coho quotas in the commercial fishery alternatives range from 5,600 to 32,800 marked coho, compared to 5,600 in to 2018.

Chinook fishing in the Tillamook, Newport, and Coos Bay areas all open March 15 and run continuously through October 31.

Oregon ocean recreational alternatives include mark-selective coho fishing seasons starting in late June and running through mid-August or September in the area south of Cape Falcon. Quotas range from 80,000 to 105,000 marked coho (compared to 35,000 in 2018). In addition, non-mark-selective fisheries are proposed for the area between Cape Falcon and Humbug Mountain in September, with quotas of 8,000 to 10,000 coho (compared to last year’s 3,500).

All alternatives include proposed fisheries from late May through late August/early September in the Klamath Management Zone in both California and Oregon.

Ocean sport fishing below Horse Mountain, California will see increased opportunity compared to last year due to some improved forecasts. Alternatives for 2019 fisheries were structured to target spawning escapements in excess of what is required under the Salmon Fishery Management Plan in an effort to rebuild Sacramento River and Klamath River fall Chinook.

Commercial season alternatives south of Cape Falcon to Humbug Mountain are constrained this year to protect Sacramento and California coastal Chinook. Chinook salmon seasons are open late April or May through October, with closed periods in May through August.

The commercial alternatives in both the California and Oregon sectors of the Klamath Management Zone are provided primarily by a range of monthly Chinook quotas between June and August, with some additional time for the Oregon sector in May.

Concerns Regarding Southern Resident Killer Whales At the Vancouver meeting, National Marine Fisheries Service (NMFS) announced plans to look further into the effects of Council-area fisheries on southern resident killer whales, which are listed as endangered. The Council will work collaboratively with NMFS on this issue beginning in 2019.

Council Chair Phil Anderson, who also serves on the Governor’s Southern Resident Killer Whale Task Force, said, “I don’t think there’s any question that southern resident killer whales are in peril. Pollution, noise disturbance, and lack of prey are the main factors believed to be responsible for the decline. It will be important for the Pacific Council to understand the impacts of the prey base associated with their needs when they consider seasons in April. We would like to discuss these issues with NOAA before we make our final recommendations.”

Public hearings to receive input on the alternatives are scheduled for March 25 in Westport, Washington and Coos Bay, Oregon, and for March 26 in Ukiah, California. The Council will consult with scientists, hear public comment, revise preliminary decisions, and choose a final alternative at its meeting April 11-15 in Rohnert Park, California.

The Council will forward its final season recommendations to National Marine Fisheries Service for its approval and implementation by May 1.

All Council meetings are open to the public.

The Pacific Fishery Management Council is one of eight regional fishery management councils established by the Magnuson Fishery Conservation and Management Act of 1976 for the purpose of managing fisheries 3-200 miles offshore of the United States of America coastline. The Pacific Council recommends management measures for fisheries off the coasts of California, Oregon, and Washington. 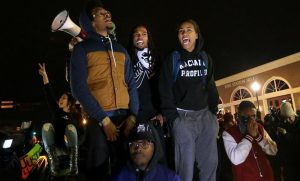 Puzzling Number of Men Tied to Ferguson Protests have Died 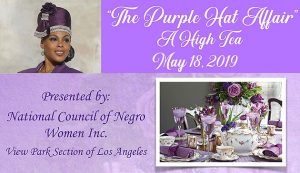 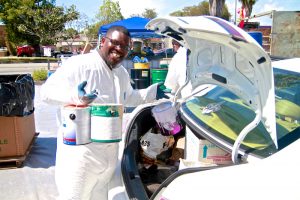