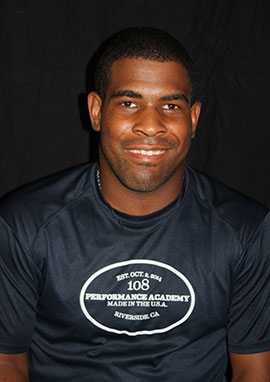 Marquis Kidd was dumbfounded. As he sat in his baseball coach’s office, he heard the news that his college had mistakenly made an error in his eligibility. He had blissfully been in his final two weeks of his junior year all but one minute ago and now he was being told he was instead in his senior year.

“So as you can imagine that’s quite some news to handle and to hear out of nowhere,” Kidd said.

To Kidd, at 25 years old this was just one small hurdle for him to leap over. Playing baseball since the age of four, he was familiar with having to overcome any tests tossed his way.

“I always played against older kids. I’ve always been the baby of the group so I’ve always had to play with older kids but I’ve always embraced the challenge,” Kidd said.

After the news that he would be graduating in the coming weeks, Kidd kicked into gear and began to look for prospective teams he could play with.

“I ended up going and playing scout ball in a scout ball league with the Atlanta Braves, their scout ball team,” he said. “I did really, really well in that league but I didn’t get any calls for the draft or anything of that nature so it was kind of a setback, but I never looked at it as being the final destination for me.”

Kidd found another stop in his destination in the form of his friend suggesting he play overseas and soon Kidd found himself in Canada where he was top ten in the league.

“I played in Canada last year it was a blast out there really good competition, really good group of guys. I had a very successful season out there.”

Through his time in Canada, Kidd found his way to Europe where he currently plays baseball.

While he was grateful for this newfound opportunity, the move did not come without any hesitation.

“Going to play in another country, there’s always some uncertainties and you miss home and you miss the family and things like that but my mindset going into it was more so just focused on trying to prove myself,” Kidd said. “I’ve always felt like I’ve been the underdog in situations that I go into so my biggest thing was just going out and trying to show everybody what I was capable of.”

A strong support system by his family allowed Kidd the peace of mind that he was making the right decision.

“I got a lot of positive feedback and love from them so it felt very good to get that,” he said. “My dad’s been in my corner since day one and so being able to sign a contract and to let him know that I was going to play professionally overseas was a dream come true.”

Through it all, the lack of diversity in the game of baseball doesn’t go unnoticed by Kidd.

“One of the biggest things that I think a lot of people need to be aware of is there’s a lot of politics involved in sports in general especially in baseball,” Kidd said. “I’m not going to sugarcoat it, being an African American in baseball, in a sport which we’re not represented as highly as we maybe should be, creates a lot of stereotypes and  a lot of backlash.”

He also recognizes the high standards that Black players are held at compared to his other teammates. 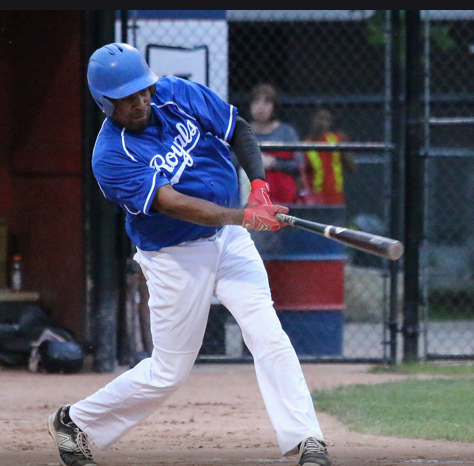 Kidd’s father introduced him to baseball when he was four years old. (File photo)

“We’re not allowed to have a bad day out there as compared to some other players from other backgrounds,” Kidd said. “We almost have to be perfect all the time or they will find something wrong to cut your playing time or release you.”

Kidd said that his race sometimes played a factor in whether or not he was put into a game.

“It can be very discouraging sometimes but just looking at the bigger picture and trying to stay positive is kind of what’s gotten me through it,” he said.

Kidd doesn’t let the bad outweigh the good and can appreciate baseball for the unique people and experiences it adds to his life.

“There’s relationships that I’ve gained from this game that you can’t find anywhere else, I’m very fortunate for that,” he said. “Baseball is a sport where it’s designed for you to fail more than you succeed. I think that because of that it helps toughen you up for life because that’s what life is.”

With his position as an overseas baseball player, Kidd aims to be a familiar face for young Black men.

“I really hope that going forward we’re able to wake up the youth and let them know that ‘Hey, I can play baseball’ or that baseball isn’t just for ‘them’ it’s for ‘us’ as well,” he said. “I think that the only way that we can do that is by representation and just letting them know and just speaking the word and getting it out there that you can play this game as well, regardless of what your situation may be.”

In the future, he hopes to be able to help kids learn to play baseball and “[give] back to the game” in the same fashion that places like Major League Baseball Urban Youth Academy in Compton gave to him.

“I would like to have my own academy where I’m able to teach the game and be able to develop and give back to the youth the way the game has given to me,” Kidd said.

For now, Kidd is busy playing with his current team, the Hobokin Pioneers in Belgium.

“Anybody can talk about it but it takes someone special to be about it,” he said. “Work your butt off, do the things that other people ain’t gonna want to do and go get it.”

Keep up with Marquis Kidd by following him on his Instagram at @justquis19.