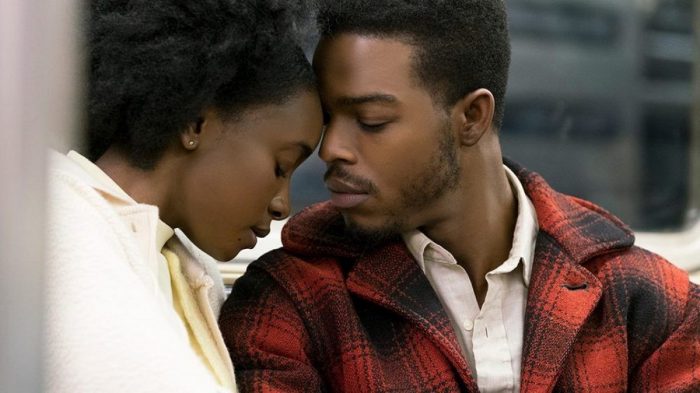 Oscar discussions for “If Beale Street Could Talk” began in earnest after several screenings, including at a special premiere screening at New York’s famed Apollo Theater.

“[The movie] is a timeless work of Black Love set in Harlem,” said Kamilah Forbes, the Apollo Theater’s executive producer.
Forbes called the film an “important work in the community.”

Written and directed by Barry Jenkins, based on the classic novel by James Baldwin, “If Beale Street Could Talk,” tells the story of Tish, a newly-engaged Harlem woman who races against the clock to prove her lover’s innocence while carrying their first-born child to term.

Producers of the Annapurna Pictures release call the movie a celebration of love told through the story of a young couple, their families and their lives, trying to bring about justice through love, for love and the promise of the American dream.

Others simply call “If Beale Street…” a Harlem love story that unfolds on the big screen, in the neighborhood that is home to its characters.

“I saw ‘Beale Street’ as part of the NMAAHC African American Film Festival,” April Reign, a noted Washington, D.C.-based speaker and consultant. “Barry Jenkins has a way of showing us and our love that I’ve never experienced before on film. Go see ‘Beale Street…”
Reviewers have already earmarked “If Beale Street” for an Oscar.

Critics at Vulture wrote, “Rarely has a filmmaker’s devotion to his material been more clear. Beale Street translates much of Baldwin’s prose to voice-over, and it holds his characters in adoring close-up; there’s not a filmmaker working today who’s as good at shooting faces as Jenkins is.

“But where Baldwin went for kitchen-sink realism, this film turns Tish and Fonny’s story into a romantic epic that seeks to capture all of Harlem in its lush, warm gaze.

“From the fantastic cinematography, to the impeccably re-created period details, to the nearly all-black cast, I don’t think I’ve seen a movie that looked and felt quite like ‘Beale Street.’”

Henry appears in a pivotal segment of ‘If Beale Street… as Daniel Carty, an old friend of Fonny Hunt who recounts a harrowing experience.

Forbes Magazine critics also fed into the Oscar buzz, opining that Jenkins could win Best Director in a new review this week.

Regina King, who plays Tish’s mother Sharon Rivers in the movie, said the film helps further humanize black people and black love. “I want people to see us as human beings,” she said on the Red Carpet of the NMAAHC African American Film Festival. “Even though we are all humans, I think a lot of times people see black first and don’t see everything that exists. I want them to see love first,” King said.
She continued:

“Everyone that I know that has seen the movie, black or white or whatever, that’s what they’re getting from it. They felt like they left with a hug, a different understanding of black culture… this gives probably one of the most honest presentations of black families in a long, long time.”

To watch the trailer of “If Beale Street Could Talk,” visit: http://annapurna.pictures/films/if-beale-street-could-talk