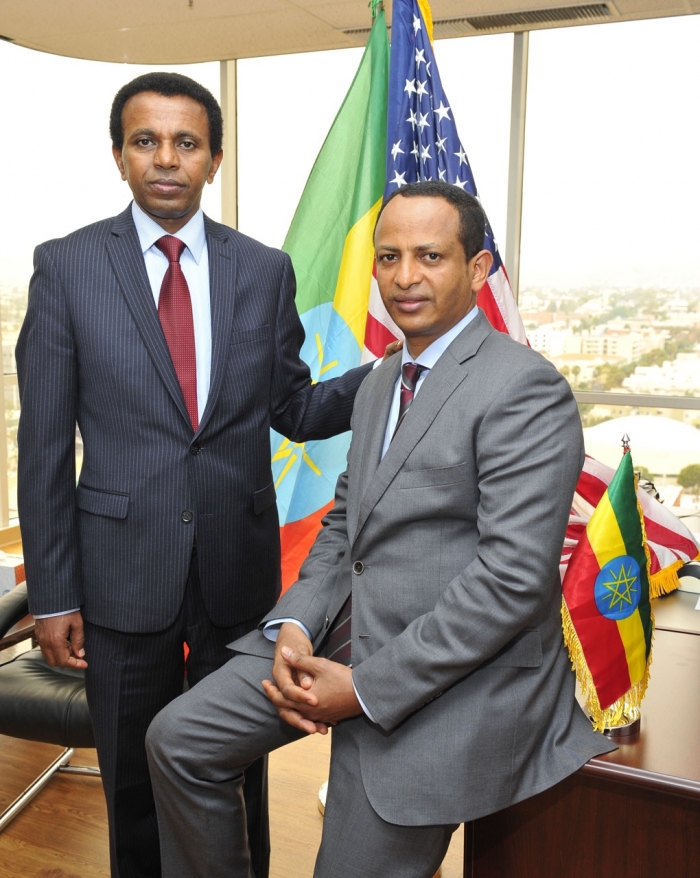 The government of Ethiopia is rolling out the welcome mat to African Americans to explore the business opportunities and tourist destinations throughout the historic nation.

During a visit to Los Angeles on June 14, Ethiopian Ambassador Fitsum Arega outlined the many prospects for investors, companies and entrepreneurs to benefit by engaging with the country, which is experiencing an economic upswing under the administration of Prime Minister, Abiy Ahmed.

“Our new, reformist prime minister welcomes U.S. businesses to do trade between the U.S. and Africa and the U.S. and Ethiopia.  We encourage the Africa diaspora – African Americans – to do business and strengthen this link,” said Arega, who added that promising areas for investment include manufacturing, telecommunications, power and solar energy and the creative arts/entertainment industry.

Arega joined with Ethiopia’s L.A. Consul General Birhanemeskel Abebe Segni to share this message with elected officials and business leaders in Los Angeles, San Diego, Las Vegas and the Bay area.  The goal, he said, is to educate and inform West Coast investors, especially African Americans, about potential partnerships and economic growth that would profit individuals and companies and Ethiopia as well.

“We have a U.S. company called PVH, which is an African trader – the second biggest in the U.S., which has branches like Calvin Klein, Tommy Hilfiger and many more. This company, partnering with the Ethiopian government, has the first textile operation in Africa and now we have 53 factories in one place,” he said.

One advantage the country offers is a large workforce.  Ethiopia’s 110 million people includes about 75 million young adults that Arega described as “energetic, very sociable and easily trainable” to perform well in labor-intensive industries such as textiles, electronic assembly and the food industry.   He also cited the ease of establishing businesses in the nation by working through the Ethiopian Investment Commission (EIC), which will “connect companies with the relevant government offices and institutions.”

Having previously served five years as EIC commissioner, Arega is well versed in its economic capabilities. Under his leadership at the commission, foreign direct investments increased from $1 billion to $4 billion.  His background also covers serving as chief of staff to Prime Minister, Ahmed and heading the Investment Agency and Trade and Industry Bureau in Addis Ababa, the capital of Ethiopia.

Another bonus for investors is Ethiopia’s membership in the Africa Union, an organization of 55 African states encouraging economic development and political stability between its members. Last month, the group ratified a continent free trade area and according to Arega, “We are now witnessing the rebirth of borderless Africa when it comes to trading among others.”

While Arega promoted Ethiopian business opportunities, he also encouraged investment possibilities in Africa.  Noting that many Chinese corporations are establishing firms and building infrastructure projects around the continent, he recommended that both African American and American firms do likewise. 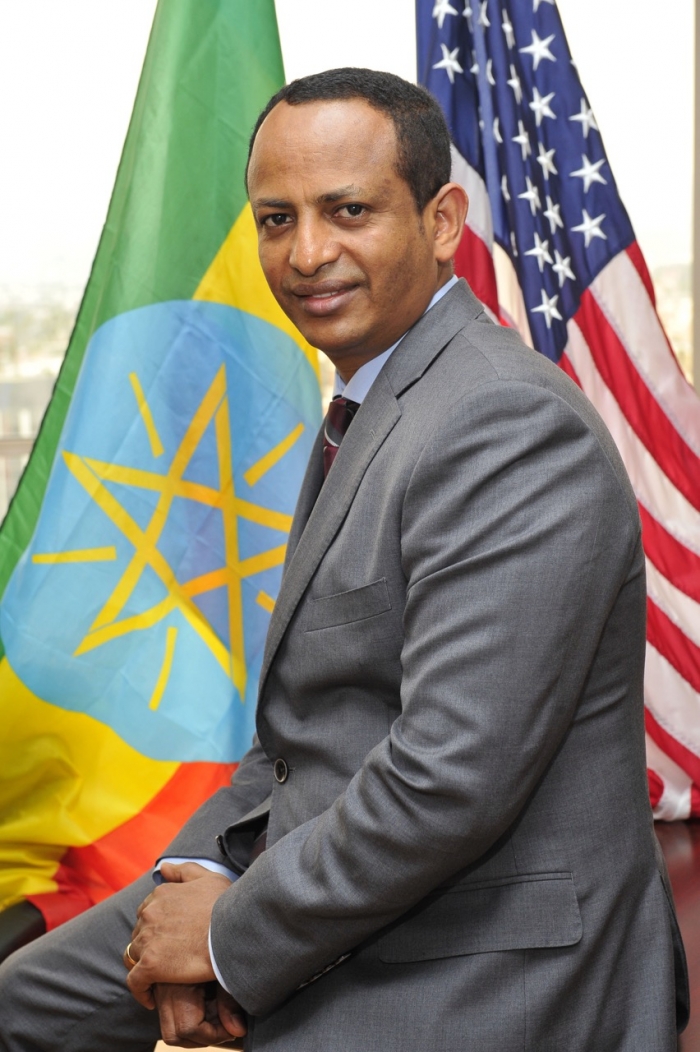 “The opportunities in Ethiopia and Africa are endless. If you have been following news for the past few years, the Chinese are paying huge attention to Africa and the Indians and other European countries are as well,” said Arega.

“In the last three years, 28 embassies have opened in Africa. People understand the importance of Africa in the future economy and the politics of the world.  We are leading those endeavors in many ways by our role in the African Union. Ethiopia is the gateway to doing business in Africa.”

In the town of Lalibela, thousands make yearly pilgrimages to the 11 rock-hewn churches, built from the 7th to the 13th centuries. Harar, which is considered the fourth holy city of Islam, dates three of its 82 mosques from the 10th century.  Ethiopian Jews are credited with constructing Fasilides Palace in the 17th century in Gondar.

“We have many cultural sites and historical destinations. Also, you visit over 80 countries when you come to Ethiopia because we have 80 different cultures living in harmony as one nation,” explained Segni, who said there are beautiful mountains, hiking trails and lakes, too.

“Everywhere you go, the culture, the music, the dances are tremendous and in Africa, we have large animal centers and national parks in all areas.  Americans can really fly to Ethiopia and get everything in one place,” Segni said.

Agreeing with the general consul, Arega added, “We would like to see Americans visit and invest in Ethiopia and Africa.  Use this market.  They know what the customers in the U.S. really want, so that’s why we encourage them. There is a huge potential!”

To learn more about investment or tourism in Ethiopia or Africa, call (213) 365-6651 or visit ethiopianconsla.org