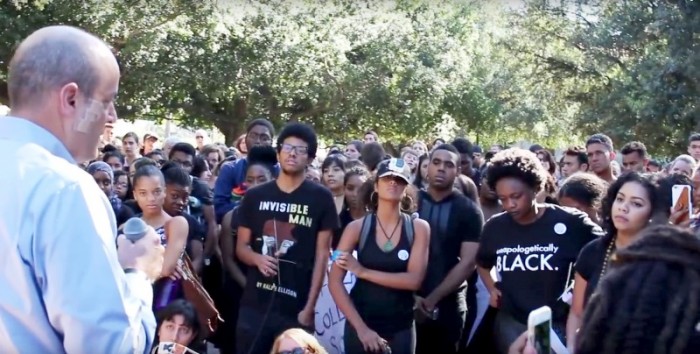 Student protesters at Occidental College occupied a sit-in at the campus’ Arthur G. Coons Administrative Center from November 16 to the 20th, in response to the racial bias at the small college campus.

“We decided to do the sit-in because we have seen that in the past seven years the president of our university has never been able to fulfill the lists of demands that students have put forth, especially in concern to Black students,” said Abilasha Bhola, a student organizer for the OXY United for Black Liberation.

Bhola is talking about a list of demands minority students have requested to make change for students that come from marginalized backgrounds. Bhola described the campus safety guards as having been “militarized” to look like police officers with bulletproof vest and have been known to question students of color on campus after dark. 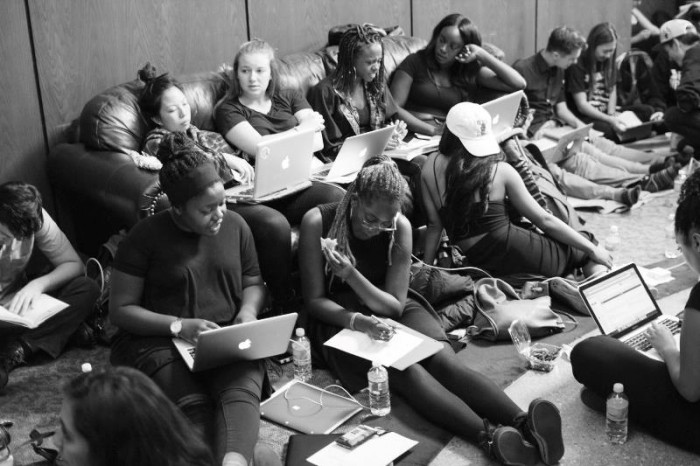 “Several students have complained about being targeted by campus safety with questions of where they are going or coming from when they are Black or Latino,” she said. Students said they have found the student climate to be “very shaky” sometimes towards minorities.

Last year, a fraternity party named “End of the World-Malaysian Air- ISIS-Ebola” theme was shut down after students brought the event to administrators’ attention. “That was racially motivated and it caused a lot of tension on campus with students. There are many incidents that happen on campus that go unaddressed,” said Bhola.

This action comes weeks after student protests throughout the nation, including University of Missouri, where the president and chancellor resigned, and Yale University. In Claremont, McKenna College, the dean of students stepped down after hunger strikes by two students over an email to a Latina student stating she would work to serve those who “don’t fit our CMC mold.” 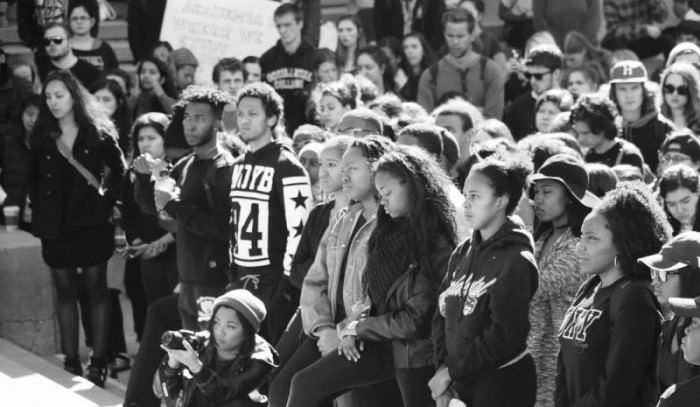 Occidental students of all backgrounds stand together in solidarity Courtesy Photo

“Everything about our protest was very communal–being that students from different races could come together to fight one cause,” said Bhola. Over 400 students occupied the administration building, eating, sleeping and holding class in the office—standing their ground.

“Just like the other schools we are fighting for the injustices that are present and can be changed,” said Bhola.

Students delivered the demands to administrators last week asking for “increase budget of the CDO office by 50%, $60,000 allocated to DEB to fund programming and provide resources for black and other marginalized students, immediate removal of LAPD from the campus,” and countless other requests. President Jonathan Veitch did not step down in requests of the students, but he stated to the L.A. Times that he would tend to some of the requests made by the group.

“We plan to keep on fighting and hold our administrators accountable to their promises of holding 12 out of our 14 demands,” said Bhola. “If need be next semester we will hold a hunger strike.”