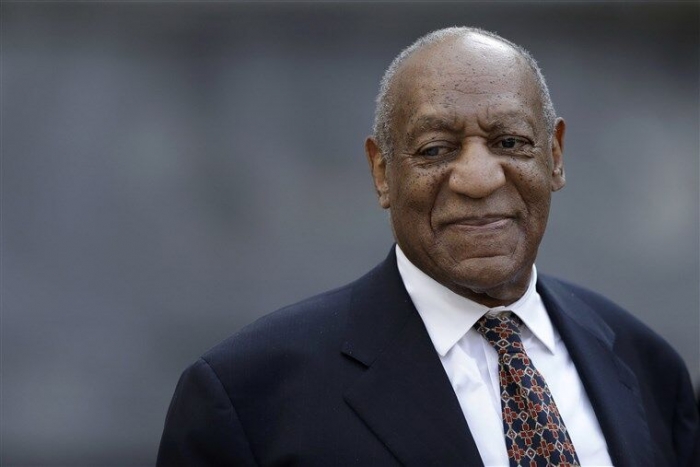 Mann Up, a prison program that’s helping to change the lives of African American men with long sentences, has received a significant boost with the presence of Bill Cosby.

The program, which empowers and encourages Black males to be better fathers, husbands, and community members, is thriving inside the walls of SCI-Phoenix, the maximum-security prison where Cosby is serving a three-to-ten-year prison sentence.

In addition to Cosby, who is not officially associated with the program, four members of Mann Up spoke exclusively to NNPA Newswire. “The majority of the men in Mann Up are in for long prison terms, including life without the possibility of parole,” said Tyree Wallace, co-founder and president of the Mann Up Association.

Wallace has served almost 22 years of a life sentence that he hopes will be overturned. He said the Pennsylvania Innocence Project has taken his case, and attorneys believe he’ll ultimately be exonerated.

But, exoneration of its members is not the goal of Mann Up, Wallace stated.

“We founded Mann Up because [Anthony “Bennie-Do” Sutton], my vice president and I came together after we were both aggravated overseeing all these reports of gun violence in Philadelphia,” Wallace said.

“What was equally upsetting was that there were very few men responding, it was just women out there on the frontlines. So, we came together in our limited capacity to think about what we can do to make the situation better, to put together a program to help us men be our best selves,” he stated. 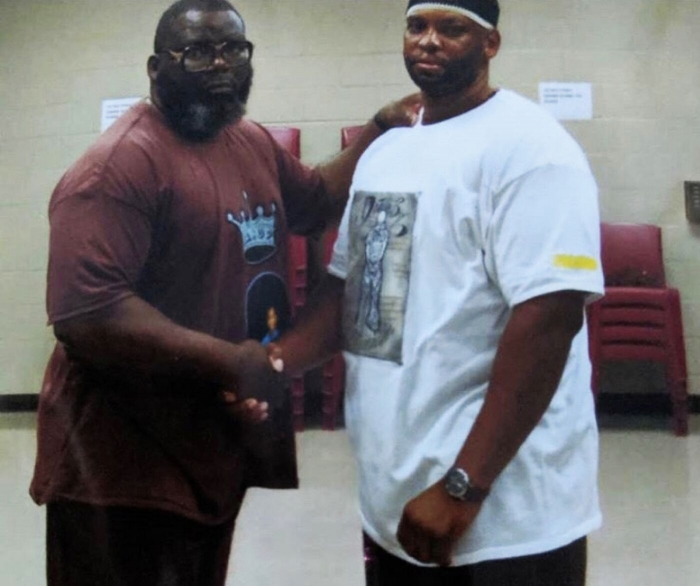 Anthony Sutton (left) and Tyree Wallace are participants in Mann Up, a reform program with weekly meetings where Cosby is often the featured speaker. The program serves to encourage and empower African American men to strive for self-respect and dignity, and to put their family first. (Courtesy photo)

A national study conducted by the U.S. Department of Justice, revealed that nearly 83 percent of prisoners in 30 states were re-arrested within nine years of their release. For African American men, the rate stands at 87 percent – the highest of any racial or ethnic group.

In Pennsylvania, where SCI-Phoenix houses members of Mann Up, six out of every 10 inmates are re-arrested or incarcerated within three years of their release, according to the Department of Justice.

The RAND Corporation conducted a study in 2018 that found that for every dollar spent on education, between four and five dollars are saved because of lower re-incarceration rates.

Education is a primary focus of Mann Up.

When Cosby arrived at SCI-Phoenix following his 2018 conviction on charges of aggravated indecent assault, the men couldn’t fathom what that would mean, not only for the prison but for the Mann Up program.

“Mr. Cosby has been phenomenal. A person with his background and the cache he has could easily suffocate [sic] all of the air in a room if he chooses to,” Wallace stated.

“But he has intentionally sat back and allowed us to utilize him as we need him. We know the type of voice that he has and what he brings, but he just plays the role of the grandfather in the room.”

Cosby has been tremendous to the program, said Sutton. Adding that Mann Up provides an opportunity for those who’ve gone astray to “get it right” and have a positive impact on their families and communities.

“Mr. Cosby has made it a point to drill into us that men and women who are sentenced to prison shouldn’t be thrown to the wayside. They should be provided resources and the opportunity to start their lives over,” stated Sutton, 56, who has spent most of his adult life in prison for murder and other offenses.

Sutton said he was just six years old when he first smoked marijuana, and nine when he first sold drugs. By 12, he was selling heroin, and by 15, he purchased a Cadillac.

Between the ages of 5 and 11, Sutton said his sister and her girlfriends sexually assaulted him. At age 9, a trusted priest forced him to perform a sex act on him inside a church.

“I grew to hate bullies, and this guy smacked me in the face, and I told him he’d never hit me again,” Sutton stated. “I stabbed him in his heart.”

Sutton also has a son at SCI-Phoenix doing time for a series of offenses, he said.

However, he credits Cosby with helping him to see a path forward. 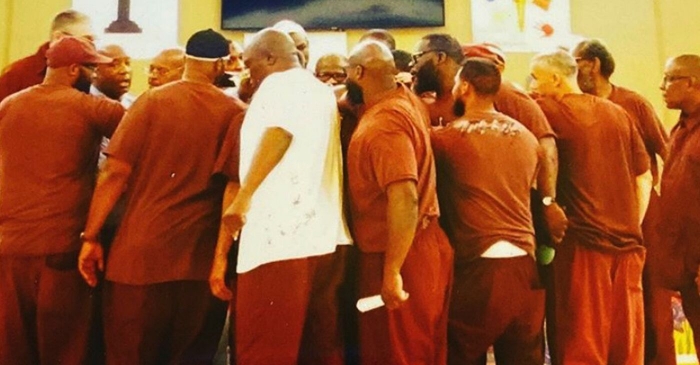 The majority of the men in Mann Up, a prison program that’s helping to change the lives of African American men with long sentences, including life without the possibility of parole, has received a significant boost with the presence of Bill Cosby. (Courtesy photo)

“He comes in here, and he doesn’t act like he’s better than anyone. He keeps it simple. Look, he’s a political prisoner, he said he’s in here not for a crime, but adultery. But he doesn’t look for favors, and with all of his money and resources, he has nothing more than what we have, no extras when he could easily have extras,” Sutton said.

“I’m looking at a state [Pennsylvania] that has a huge number of prisons, and the one I’m in thankfully has the largest population of African Americans,” Cosby stated.

“These are guys who are also from Philadelphia, where I grew up. Many of them are from the neighborhood. Michael Eric Dyson said ‘Bill Cosby is rich’ and forgot where he came from.

“The influx of drugs and what they’ve done with their own history. If they would pay attention to these things and put education first and respect for others first…it’s almost insane to hear someone say they don’t know how to be a father.

“As I said earlier, the revolution is in the home, and we’ve got to put it there.”

Michael Butler has served 16 years of a 17-to-40-year prison sentence. He said he’s up for parole in August 2020, and he expects the lessons learned at Mann Up and from Cosby will help him.

“I’m a re-entry specialist for Mann Up, and I help guys with things like finding a job and health care. So, when I get out, I expect to do that same job,” stated Butler, who gave Cosby his first prison haircut.

“I will remember the influence of Mr. Cosby. He came in here, and it was amazing because you watch him on television, and you hated to see him in this position,” Butler stated. “But he has shared so much that we all can benefit from.”

Ironically, before his imprisonment, Butler attended Temple University, where Cosby was a trustee and frequently gave speeches.

“I never took time to go hear him speak,” Butler stated. “Then, he comes here, and to be able to sit and listen to the wisdom that he imparts is amazing. He has so much history, and he urges us not to let opportunities go to waste and to be productive citizens and take care of our families. He’s instilled in me a great sense of pride and confidence, and he’s helped me to appreciate that I can accomplish anything that I set my mind on.”

For Robert Groves, who is in the 23rd year of a life sentence after a drug deal turned to murder, Mann Up and its association with Cosby has made his time more tolerable.

“I’ve always been a person who is educated, but I had a lot of questions about who I really was because I got locked up at such a young age,” Groves stated.

“Mann Up’s goal is to help prevent the loss of life in our community, and Mr. Cosby has said we should work to become pillars of the community. He has really helped me to reconsider my prior way of thinking. This legend has pulled me to the side, taking an interest in me when he could be like every other celebrity, you know stand-offish, and doing whatever he wants. But, that’s not him. He’s interested in helping people, and he always has been.” 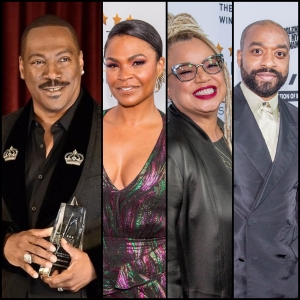 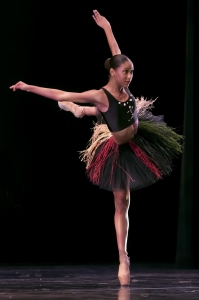 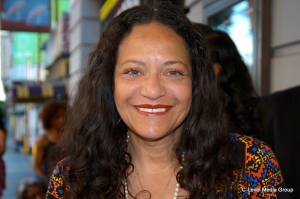 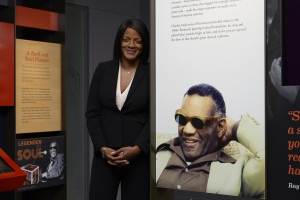