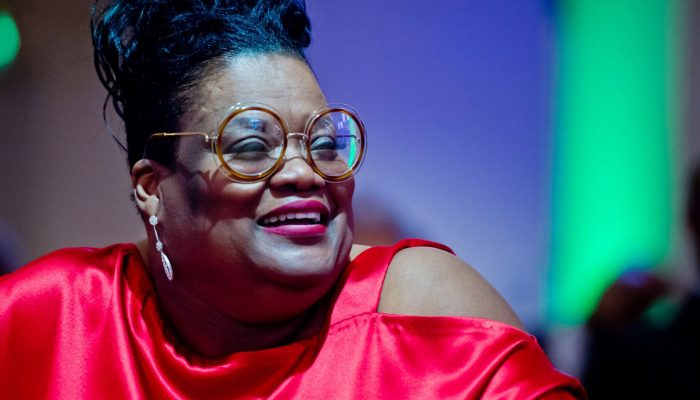 The irony of a recent San Francisco Board of Supervisors decision to appoint Mark Farrell, a White venture capitalist, as acting mayor, and how it played out, still rubs Amelia Ashley-Ward the wrong way.

The board’s decision resulted in the removal of London Breed from that position, who was the first African American woman to serve in that post.

“Here we are in a city that’s supposed to be so progressive and then you watch about 50 White progressives tell this young, Black woman that they don’t want her, because she’d have too much power and she’d have the advantage of running for mayor; that’s B.S.,” said Ashley-Ward, the new NNPA Foundation chair and publisher and owner of the San Francisco Sun-Reporter. “When did a Black woman raised in public housing get an advantage over anyone? London Breed isn’t begging for hand-me-downs, but this is another reason that the Black Press will live forever, because of injustices like this and my newspaper will keep this on the front page and we are going to call it like we see and no one else will do that.”

A single mother, Ashley-Ward raised her son, Evan, alone since he was seven years-old.

His father died when Evan was 15, but Ashley-Ward’s relentless push to keep her son from being just another statistic has helped him to become an Emmy Award-winning television news writer.

Born in Magnolia, Mississippi, Ashley-Ward and her family moved to San Francisco, where her mother encouraged her to apply for a job at the San Francisco Sun-Reporter; that’s where she met the legendary Dr. Carlton Goodlett, who owned the newspaper.

“At that time, we were about bringing something back to the community and my mother used to always read the Sun-Reporter, so she said told me to go and I went,” Ashley-Ward said.

Goodlett promised her a permanent job once she obtained a college degree.

“I had a flair for writing and I was a photographer, who basically wrote with a camera,” said Ashley-Ward. “I was sort of a two-for-one deal in that I could write and take pictures.”

In just five years and after many achievements and accolades, Ward earned a promotion to the post of managing editor. A decade later, after Goodlett left the newspaper, Ward was promoted to publisher.

Her awards included the 1980 Photojournalism Award from the NNPA; the 1981 NNPA Feature Writing Award; and later, the 1998 NNPA Publisher of the Year.

In 2005, Ward was selected as Woman of the Year by California State Senator Carole Migden and, in 2008, she was named one of the 49 Most Influential People in San Francisco by “7×7” magazine.

“My work was also published in magazines like People, Jet and Sepia,” Ashley-Ward said.

Her belief in the Black Press led to ultimately owning the Sun-Reporter, where Ward prioritizes community news of interest.

She also started organizations like the Sun-Reporter Foundation and was founding president of the Young Adult Christian Movement.

Ward served on the boards of the NNPA and the San Francisco branch of the NAACP.

That background made for an easy segue into her latest role as chairman of the non-profit NNPA Foundation.

“I took on the job as chair of the NNPA Foundation, because I’m good at event planning and fundraising and, with this being a 501(c3), I see it as a tool, where you can reach out to get the donations that are necessary to keep the foundation running,” Ward said. “I see the NNPA Foundation, as a critical tool in our struggle for Black America. To keep the doors open for up and coming Black journalists, which is one of the main goals of the foundation.”

Ashley-Ward sees the Black Press as vital to African Americans and the NNPA will also be necessary “as long as we have racism and sexism in our country,” she said. “We tell the stories that don’t get told anywhere else. The proud grandmother can always count on us to show that talented grandson who is an award-winning athlete or the granddaughter who’s the track star.”

Ashley-Ward continued: “You can read in our papers about who won the school’s essay contest and you won’t get that in the daily papers.”

While newspapers continue to adjust to the Web, Ashley-Ward said it’s important that publishers don’t lose sight of their bread and butter.

“I’m adapting to the Web and I feel that we are still a few years away from being totally profitable with digital,” she said. “But, we must understand that we have an obligation to let our advertisers know that we are newspapers. We print newspapers and we can’t afford to shut down what we’ve been doing that’s kept the business going.”

Finally, Ashley-Ward said she’s most proud of her son, who also values the Black Press.

“My son is 25 and he’s on the computer but he’s not shopping or looking at advertisers,” she said. “I’m blessed, because I’ve been able to get Evan a solid education at Middle Tennessee State University and he now works for a local top market news station, where he’s gotten air time and where he’s part of a team that won an Emmy last year for coverage of the Ghost Ship fire in Oakland.”

Ashley-Ward continued: “I worked hard, even though I had the responsibility of running a newspaper and caring for my employees, I was able to be there for my son and it’s hard raising a Black male in America, who’s targeted by police and crime in the Black community.”