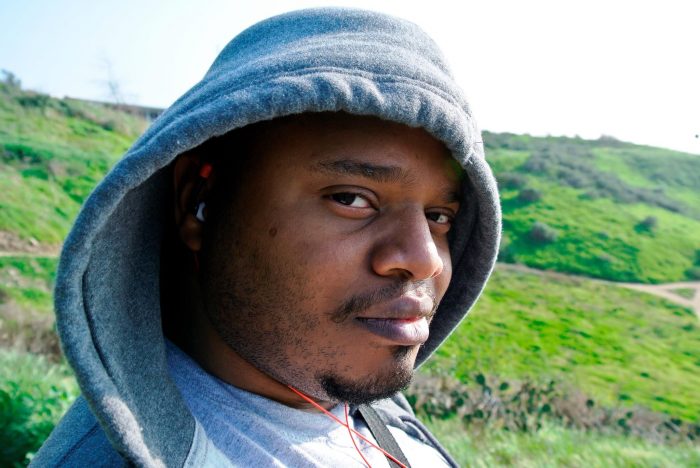 “I grew up on the streets of South Central Los Angeles and have witnessed many tragedies in my lifetime. I never glorify any situation like this and think it is disgusting.”

Nipsey Hussle shared those thoughts after a shooting at an Arizona nightclub, where he was scheduled to perform in 2012. As he stated, he understood the streets, he grew up in them, but he didn’t let that dictate his future.

He was a Los Angeles native, who grew up at the intersection of Crenshaw Boulevard and Slauson Avenue. His fan base is worldwide but the epicenter of his kingdom is the Crenshaw District in South Los Angeles.

Hussle didn’t take the usual approach when it came to his passion and craft—he took it directly to the community. In 2013, the underground artist released his eighth official mixtape entitled “Crenshaw” with the price tag of $100. He was an innovator, bypassing the questionable music industry by going to directly to the people. He crafted the “Proud 2 Pay” campaign, which got fans to embrace the idea of consumers paying artists directly for the value of their work.

“I have over 400k followers on twitter, 140k on Instagram and 400k on Facebook but what good are they if they don’t mobilize around my releases?” Hussle said in a statement to RapRadar. “If only 1000 of those people are engaged to the point of brand loyalty then that’s who I’m focused on.”

From jump street, Hussle already had his internal antenna tuned into his community and wanted to share his passion of hip-hop directly with them.

In a 2017 video panel with Ava DuVernay, Dr. Melina Abdullah and other guests, where they talked about the film, “13th,” Hussle shared information about the importance of his businesses in South L.A. and it has changed lives.

“I want to give you a heads up, the city attorney has your store as one of the top ten gang targets in L.A.,” said an LAPD officer to Hussle after he was pulled over. “I was like, ‘why is that,’ and we just start talking and I’m like, ‘let me give you an example bro’—Number one, it’s very, very hard to start a business and be successful, especially if you don’t come from business owners that have been successful.

“Number two, everybody that works at the store is from this area and if it wasn’t for this store, it might be a part of your problem. Number three, they’re doing a big development, they got a train getting built on Crenshaw, they got all types of stuff being built—only time it’s a problem is when we’re doing it … it’s not a gang hang out.

“We’ve got a similar interest as business owners and the [officer] was like, ‘if the city attorney got to hear you speak, I’m sure their opinion would change.

“But we don’t get to speak, we catch a case and they come and shut our [business] down and we dealt with reality. We’re dealt with bills got to get paid, overhead is still real but we got our legitimate operation shut down based on tradition or based on how things are perceived to be.”

One perception that is undoubtedly clear is Hussle cared about his community and he gave back, not just with his music, jobs or money but of time. He shared himself and his presence with the community as social media has been flooded with pictures of people who got to take a picture with the completely accessible Hussle.

In 2018, Hussle teamed up with PUMA to refurbish 59th Street elementary school basketball courts. The court beatification also included a $10,000 donation to the school. That same year, he took part in a The concert to raise awareness of legal prohibitions on job and housing eligibility and people living with the trials of past convictions after completing prison sentences.

“Failed policies have systematically made tens of millions of people across this nation and eight million of my fellow Californians second class citizens, even long after they’ve fully paid their debt to society,” stated Hussle. “The lasting barriers from old convictions negatively affect everyone in this country, especially children and families. We must solve this crisis so our communities can thrive.”

It’s unfortunate that this light was extinguished on March 31 in a senseless shooting. Hussle passed with great things on his heart as he was planning to meet with the Los Angeles Police Department to discuss gang violence prevention just one day before being shot outside his Marathon Clothing store on Slauson and Crenshaw Los Angeles.

There is s gem to take out of all of this and it is simple—take action. Hussle was respected because he wasn’t talker, he was a doer. He took action to make his community better the best way he knew how and because of his efforts, lives where changed.

Earth, Wind, Water and Fire: Saving Ourselves and the World

The Hussle is Real