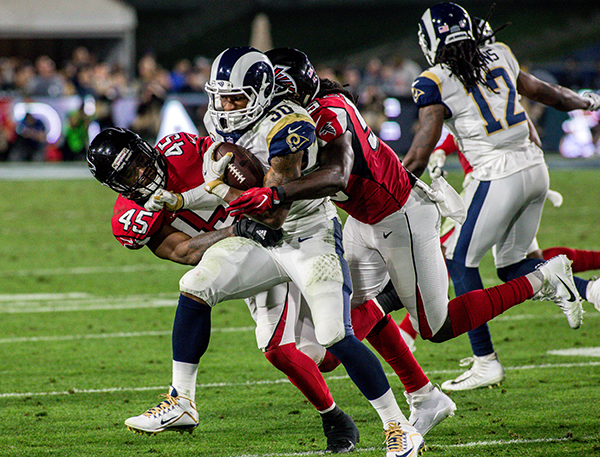 Rams running back Todd Gurley III caught four of 10 passes for 111 scrimmage yards in the NFC wildcard playoff game against the Falcons on at the L.A. Coliseum. (Robert Torrence/ L.A. Sentinel)

The fireworks as the Rams ran out of the tunnel at the start of the NFL NFC Wildcard playoff game had sizzled out as the clock struck 00:00 and the scoreboard read 26-13 in favor of the Atlanta Falcons inside the Los Angeles Memorial Coliseum on Saturday, Nov. 6.

“Certainly we’re not content with how this season ended,” said Rams first-year head coach Sean McVay. “It doesn’t take away from the fact that our players and our group of coaches accomplished a lot of things where we feel like we’re building a foundation where that trajectory is pointing upward for the Rams.” McVay became the youngest coach in NFL history to reach the playoffs at 31-years-old.

The Rams, in their first playoff game since 2005, appeared uncomfortable from the opening drive until late in the first half. Rams’ quarterback Jared Goff, who sat out against the San Francisco 49ers, took time getting back on point.

The special teams unit that has been efficient all season had two early turnovers. The first came when the Falcons’ second punt was muffed by kick returner Pharoh Cooper after it hit the foot of his teammate, Blake Countess then bounced off his arm. The Falcons recovered, which set them up with great field position and led to the first score of the game, a field goal by Matt Bryant. A second turnover by Cooper came late in the first quarter when he fumbled at the 32-yard line.

“I had a bad game today,” said Cooper, the Rams Pro Bowl kick returner. “I didn’t do a good job of protecting the ball tonight.” 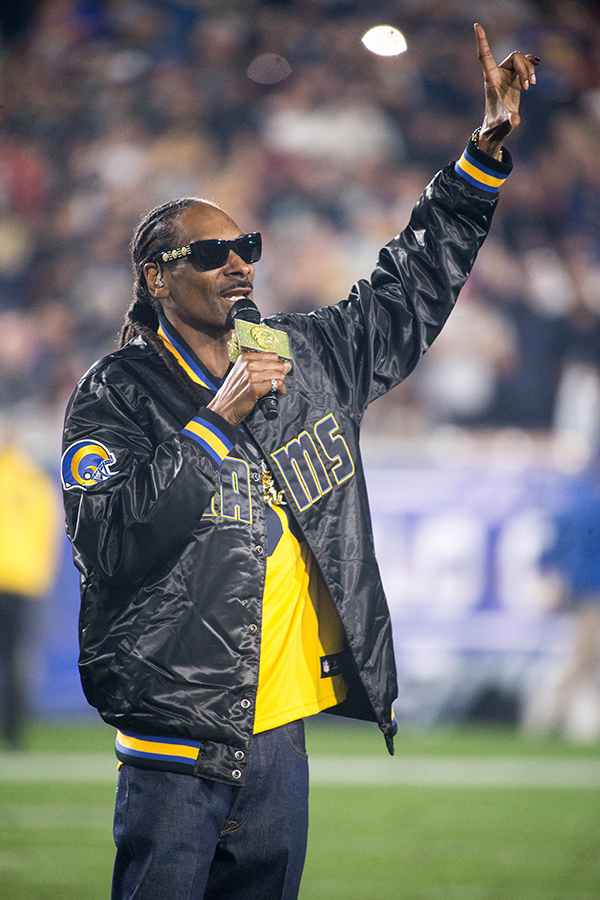 With the help of the Rams’ defense, the Falcons were held to two field goals to end the first quarter, 6-0. Right before halftime, the Rams offense started to get in sync. Goff hauled a 14-yard touchdown pass to wide receiver Cooper Kupp. It would be the only touchdown pass Goff threw on the day. The Los Angeles football team had another opportunity to score a touchdown from the five-yard line as the second quarter wound down. The inability to convert to a touchdown, left the Rams with a field goal and cut the lead 13-10 at the half.

“We felt really good, had a little momentum there going into halftime,” said Goff who completed 24-of-45 passes for 259 yards and one touchdown in front of a season-high of 74,300 fans.

MVP candidate Todd Gurley was limited to just 43 yards rushing through the first three quarters and four receptions for 10 yards. The Falcons dominated the star running back; Gurley ended the day with 101 yards rushing.

Wide receiver Robert Woods had an excellent showing. Woods led the team in receptions (nine) and receiving yards (142), which was the fourth-highest output in a single postseason game in Rams history.

“I thought Robert Woods was outstanding tonight, being able to come through with some third downs crucial,” said coach McVay. 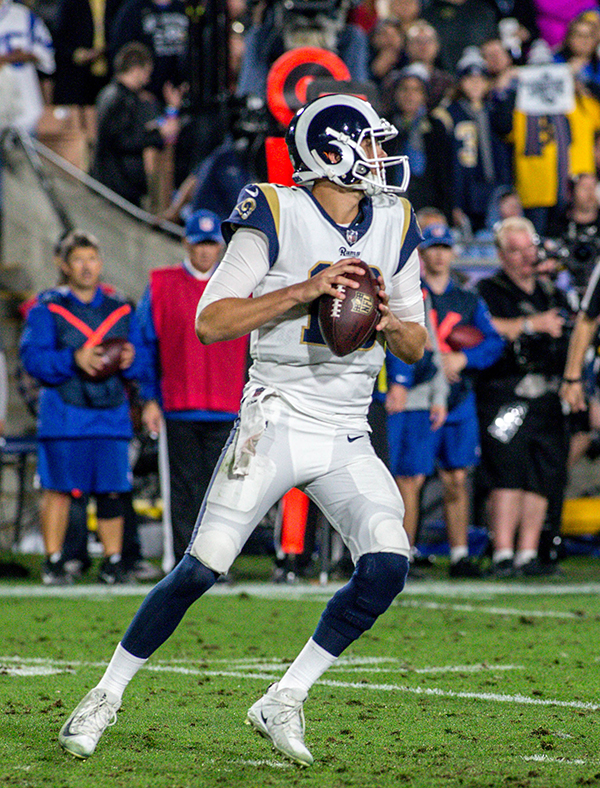 Rams quarterback Jared Goff completed 24-of-45 passes for 259 yards and one touchdown in the NFC wildcard playoff game against the Falcons at the L.A. Coliseum. (Robert Torrence/ L.A. Sentinel)

Ultimately, the Rams were overwhelmed by the defending NFC champions led by Falcons quarterback Matt Ryan, anchored by wide receiver Julio Jones and the balanced one-two combo of Devonta Freeman and Tevin Coleman. Ryan ended the game with 218 yards on 21/30 completions with one touchdown.

Falcons’ kicker Matt Bryant had four crucial field goals, two of which came from beyond 50 yards.

“Any time you’re playing in big games, in close games like that you can’t make mistakes because they can come back and hurt you,” All-Pro lineman Aaron Donald said. 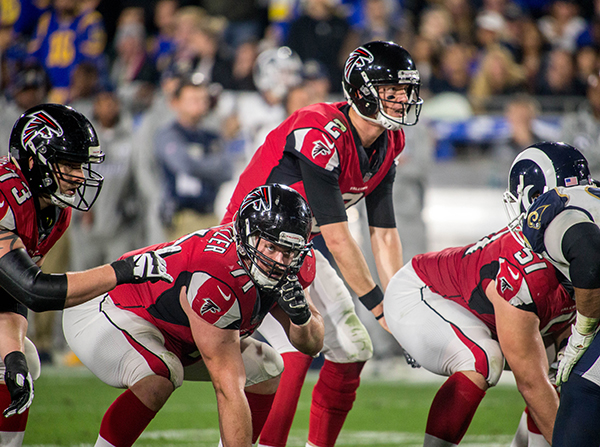 Falcons quarterback Matt Ryan lines up during the NFC wildcard playoff game against the Rams at the L.A. Coliseum. (Robert Torrence/ L.A. Sentinel)

The Rams ended the regular season touting the NFL’s highest-scoring offense, scoring an average of 29.9 points per game. As Coach McVay remarked there is a lot that this team can build on with the team heading in the right direction. The Rams are a team that went from 4-12 in the 2016 season to finish their 2017 campaign 11-5 atop the NFC West. It was an electric environment at the Los Angeles Memorial Coliseum as the Rams hosted the Falcons in its first playoff game at the historic stadium since 1978.

The Falcons, who lost in the Super Bowl last year to the Patriots, will advance to face the Philadelphia Eagles on Saturday in Philadelphia.