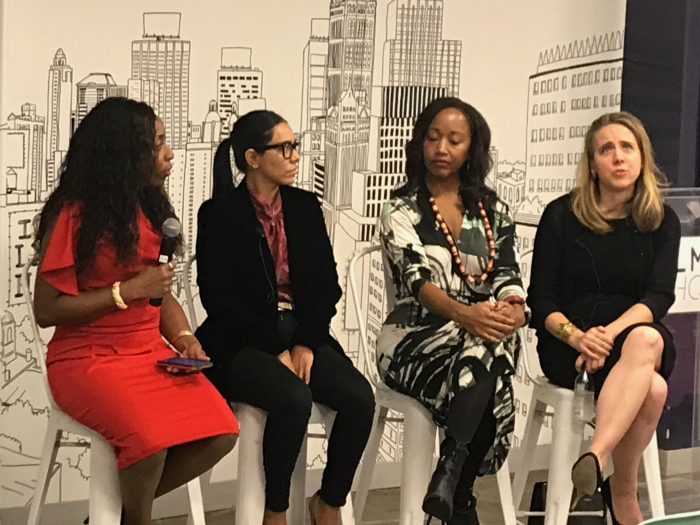 The 2018 Empowering women in Media, a networking and panel event that presented women of color in media sharing their stories with other women who are looking to break into the world of media/En la Escena/Kizzy Cox.

With observances planned throughout March to commemorate Women’s History Month, a new report revealed that women are still mostly absent from newsrooms.

The Women’s Media Center’s 2019 reporton the status of women in U.S. media shows that despite some gains, men still dominate in every part of news, entertainment and digital media.

“The media is in a state of great disruption, but despite all of the change, one thing remains the same: the role of women is significantly smaller than that of men in every part of news, entertainment and digital media,” Julie Burton, president of the Women’s Media Center(WMC), said in a news release.

Burton said the data in the report paints a stark picture.

“It is clear that a cultural, systemic shift is necessary if all parts of the U.S media are to achieve gender and racial parity and move toward a world where stories fully represent the voices and perspectives of diverse women,” she said.

The report titled, “The Status of Women in the U.S. Media 2019,” is comprised of 94 studies, including original research by WMC and aggregated research from academia, industry and professional groups, labor unions, media watchdogs, newsrooms and other sources.

The report noted that across all media platforms, men receive 63 percent of bylines and credits; women receive only 37 percent.

“Women have been fighting for greater parity and equality in the news media for decades,” said one of WMC’s co-chairs Maya Harris.

“This report shows that more work needs to be done to level the playing field. Women and our male allies will not rest until we see wholesale change,” Harris said.

Further, “when we watch the evening news, we’re not seeing an America that truly reflects all voices,” said Pat Mitchell, also a WMC co-chair.

“Too often, the voices we hear and the images we see are men’s. Men largely are reporting and telling the story even though women represent more than half the U.S. population,” Mitchell said.

The report is inclusive and also features WMC’s “The Status of Women of Color in the U.S. News Media 2019,” which offers a rare look at where women journalists of color are – and aren’t – in legacy print, radio, TV, and digital news. 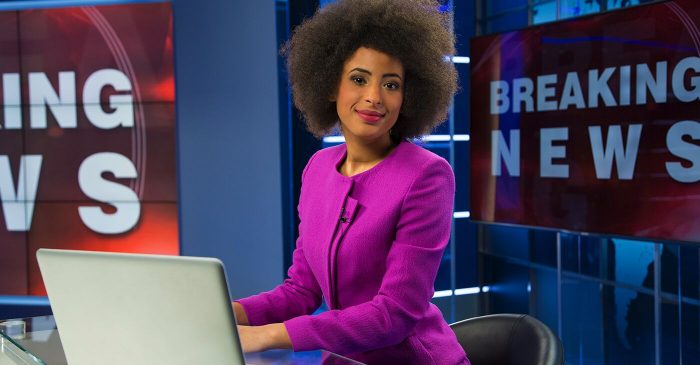 “Missing women of color in the newsrooms of this country is an injustice in itself, and an injustice to every American reader and viewer who is deprived of great stories and a full range of facts,” said WMC co-founder Gloria Steinem.

In an expanded section on tech, social media, gaming and engineering, “Status 2019” also spotlighted the growing threat online to women in media and the perils of failing to protect free and safe speech.

“As part of their day-to-day work, women journalists often face a torrent of harassment, denigration, and threats … and the point of this hostility is to silence women, most frequently women of color,” said Soraya Chemaly, director of WMC’s Speech Project.

“The onus continues to fall on women’s shoulders as individuals.  Media companies have to develop institutional responses to these threats if they are serious about building inclusive organizations,” Chemaly said.

Some of the findings in the report include: