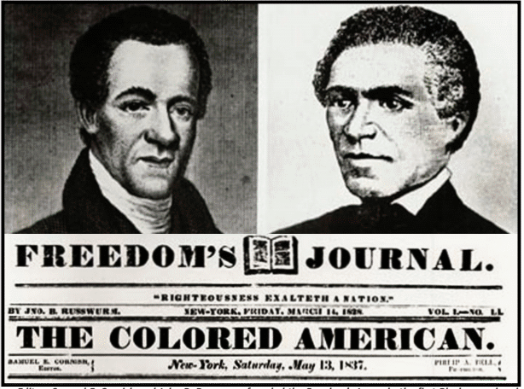 From the Freedom’s Journal to the Chicago Defender, and of course, the Los Angeles Sentinel, Black publications and journalists have been on the frontlines fighting for social justice, equality, and basic human rights for Black communities. With the recent killings of Breonna Taylor and George Floyd, Black America is reminded of the power the Black press holds. The rage, the protests, the tears, and the chants screaming, “Black Lives Matter,” inspire Black newspapers and digital media outlets to keep advocating for change.

During the March on Washington Film Festival in Washington, D.C., Black media outlets gathered for a virtual roundtable based on the 1999 film “The Black Press: Soldiers Without Swords” by director Stanley Nelson, Jr. 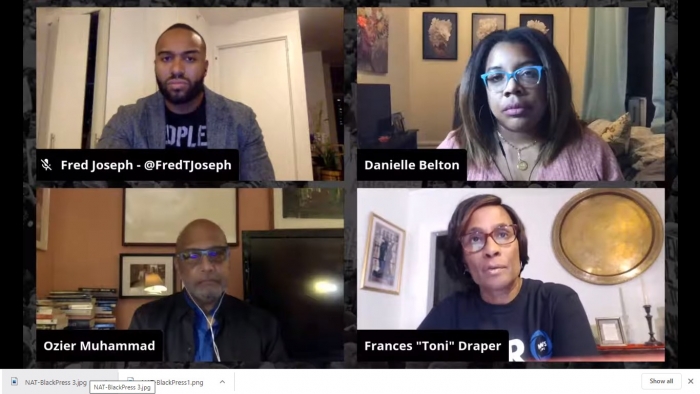 One of the topics discussed was Black journalism’s transformation and its impact on historic movements then and now.

“Black journalism has taken a hit because of the age of the Internet. The newspapers that I grew up reading are no more,” said Muhammad.

Belton also shared her thoughts on how Black media has evolved in the Digital Era.

“Around 2007-2008, there was this big boom of African Americans starting their blogs, websites, and news publications online due to the democratization of the media that happened under social media and the advent of the Internet,” she said.

“Newspapers were really struggling with the heavy costs of printing and the fact that Craigslist has destroyed their classifieds business. If you were starting a digital site, all you really needed was an opinion and some basic understanding of Html.”

Belton explains how the legacy of past publications has inspired the launch of digital Black media sites.

“There has always been this desire for us to communicate and tell our story. Even though newspapers have died out in many aspects, their spirit does live on through sites like [The Root], Blavity, the Grio, and so many others,” she said.

Another question addressed was what obstacles does Black media face in comparison to non-Black media?

“A lot of the issues we deal with in the Black press really boil down to access and money,” said Belton.

“Even to this day, I’ve managed to get The Root to the place where we’re part of the conversation and where we’re able to get access to things with some ease. But, we still run into the same walls where Black talent has a White publicist who doesn’t know anything about the Black press, so it doesn’t even occur to them to reach out to The Root or respond to us when we reach out to them.”

Joseph also asked the panelists about the importance and responsibility of Black people, making a purposeful choice to create Black media.

“You get what you pay for, and if you’re interested in issues that deal with our community and if the provider of that information happens to be Black-owned, it’s very important,” said Muhammad.

Draper added: “We have to do a better job with letting people know how to get a hold of us. There are very few Black newspapers left in the country. There are about 230 in the entire country. It’s about being intentional, letting our voices are heard, and getting our stories out.”

The March on Washington Film Festival has extended through Sunday, October 4.

To view the upcoming online discussion or watch the recorded conversation of “Mightier Than the Sword –The History of the Black Press,” visit www.marchonwashingtonfilmfestival.org/schedule. 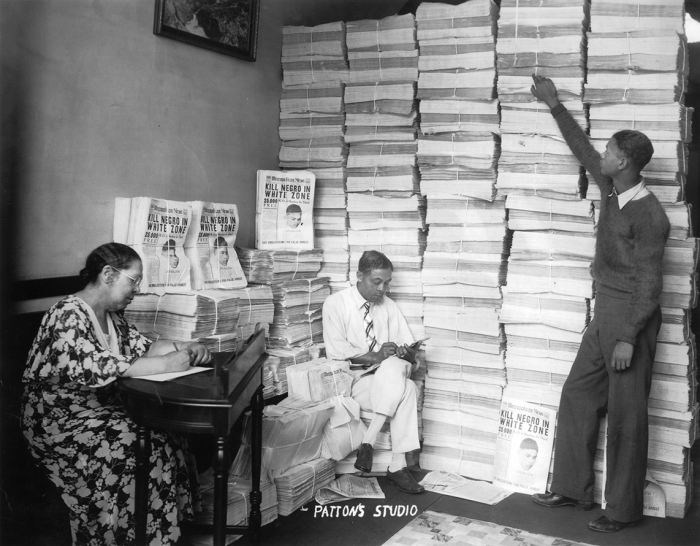 The 1936 Metropolitan News Office. (courtesy of the Chicago Public Library)