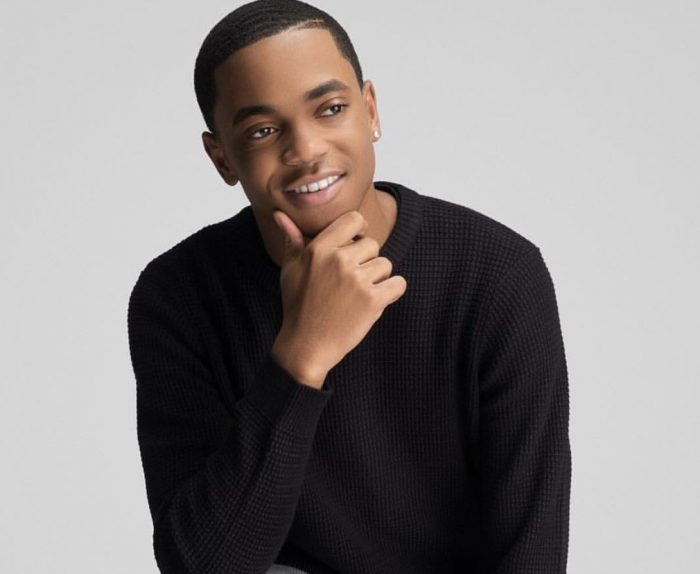 Since last season, his character has changed — a lot — from being the perfect son to just plain old, acting out making some viewers whisper the old saying about how the [bad] apple never falls far from the [bad] tree because he is holding his own alongside Omari Hardwick, Curtis “50 Cent” Jackson, and Naturi Naughton.  “Power” season 5 returns July 1 with a vengeance.

Rainey Jr. is currently on the publicity circuit to discuss the film “211” directed by York Alec Shackleton and starring Nicolas Cage, Sophie Skelton, Dwayne Cameron, and Cory Hardrict. It’s a sprawling bank heist type movie that’s been described as “End of Watch” meets “Black Hawk Down.”  211 is a police code which means a robbery is in progress.

It’s hard to keep a straight face when you say that Rainey Jr. is a seasoned veteran in the game of show business because he’s only been on this planet for 16 years — born on September 22, 2002 — but he’s been making heads turn since the age of ten, starring in the Italian film “Un Altro Mundo” (2010) directed by Silvio Muccino and speaking Italian which he mastered after living abroad for a year.

Back in the U.S., he started working back-to-back working with some of the best-of-the-best including Common, Danny Glover, and Charles Dutton and landed a major role in  “The Butler” with Oprah Winfrey, and Forest Whitaker, directed by Lee Daniels.

Moving between film and television, he was also featured in seasons 1-3 of “Orange is the New Black.” His resume continued to swell adding “Barbershop 3: The Next Cut” and “Second Chance Christmas” for TV ONE.

Later this year, he will appear in “Amateur” written and directed by Ryan Koo, a participant in the 2014 Sundance Screenwriting Lab. In the Netflix film (in connection with Mandalay Bay Entertainment) Rainey Jr. plays Terron Forte, a young man whose basketball highlight video goes viral, and causes quite the stir.

Here’s a brief excerpt from a conversation with Rainey Jr. While waiting for him to jump on the line, I was listening —in a loop—to “I Gotta Feeling” by the Black Eyed Peas. The hit song became an anthem to freedom of expression in 2010 and Michael Rainey Jr was just a mere child.

Michael Rainey Jr. (MRJ): (laughing) My perfect day? This does not happen—at all—I would like to wake up, early and have a nice breakfast. Make some beats then I would take my dogs out. Then go to the city, hang out with some of my friends. Then chill, have a great time. You know what I’m saying?

LAS: I do know what you’re saying. Wait, did you say dogs, plural?

MRJ:  (laughing) I did say dogs.  I have two dogs but I wish that I had more. I love dogs.

LAS: What is the breed of your two dogs?

MRJ:  I have a Jack Russell Terrier and a French Terrier. My Jack Russell is so hyper he never sits still, he’s always running around.  My girl [Terrier] is calm. She likes to cuddle, and stuff, she’s really chill.

LAS:  You’re young but you’ve been working for a long time. Where are you now, as an actor?

MRJ: You are right, I’ve been working since I was nine years old.  ‘Where am I as an actor?’ — I don’t know. I’m just doing me. I am blessed and I just want to continue to do me and [become] the best person that I can be. Also, I want to continue to inspire the young kids that come to me, as well.

LAS: That’s important, right? To give back.

MRJ: Yes, I feel that’s the most important thing to uplift people and not just kids, but everyone, you know?

LAS:  Let’s talk about the heist bank movie “211,” what was it like working with the director – York Alec Shackleton?

MRJ:  York is amazing. Really, really amazing.  He is such an actors’ director. He cares for his actors so much and he helped me a lot on set. It was a great experience working on his set. He made things a lot easier for me. We got through all my scenes so fast.

LAS:  Why do you love being an actor? You are a very young man, you have more than enough time to stop and to learn another profession. Why acting?

MRJ:  I love what I do because it also gives me a platform to do other things.  I get to travel, meet new people and make new friends. Acting is a great thing for me, and I like it a lot. Basically, I can do everything that I love.

LAS:  Nice. What’s next for you as a creative? Do you have any ambitions to go behind the camera?

LAS: That’s a nice surprise!  Did you write the screenplay for the short film and what is the film about?

MRJ:  No. I didn’t fully write it but I did have some say in the script.  I pitched some of my ideas. It’s kind of like a street drama.  It’s about two brothers.  One brother is doing all the bad stuff and the other brother is trying to show him the right way to do things.  I feel this could be a good message to the youth, as well.  Right now, we don’t have a title, not even a working title but we are going to be shooting in New York and again — it’s a powerful message of choosing the right path. 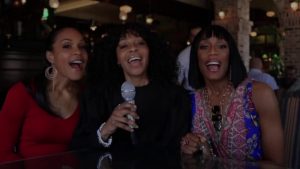 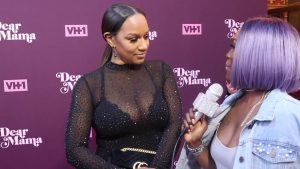 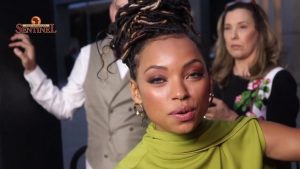 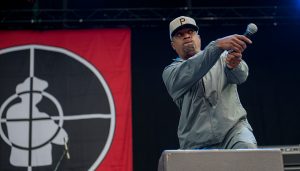