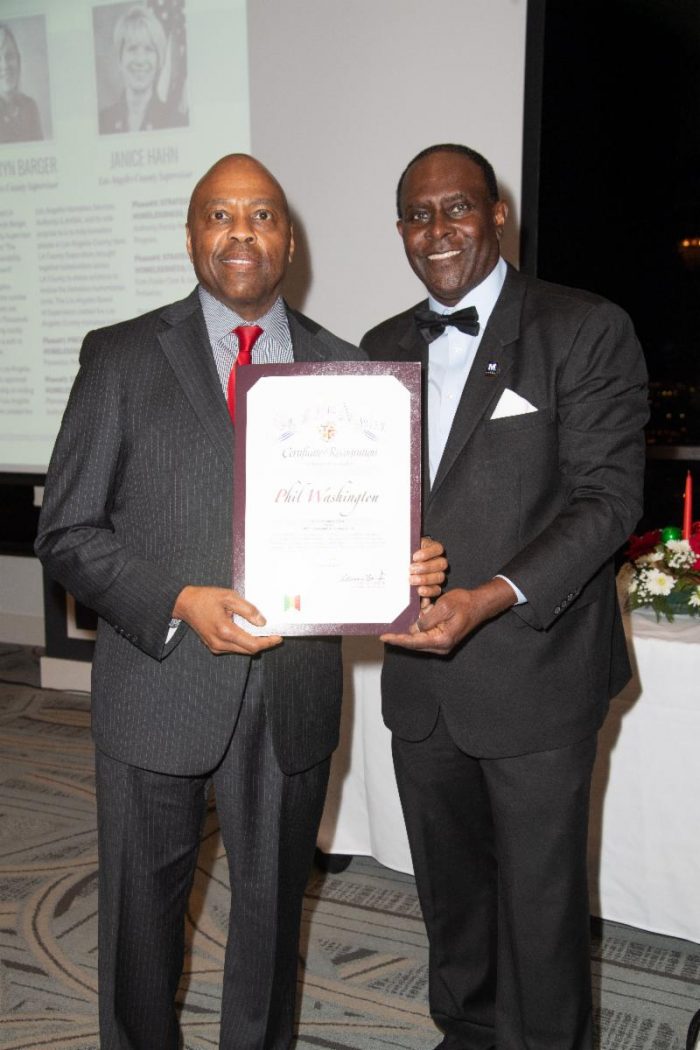 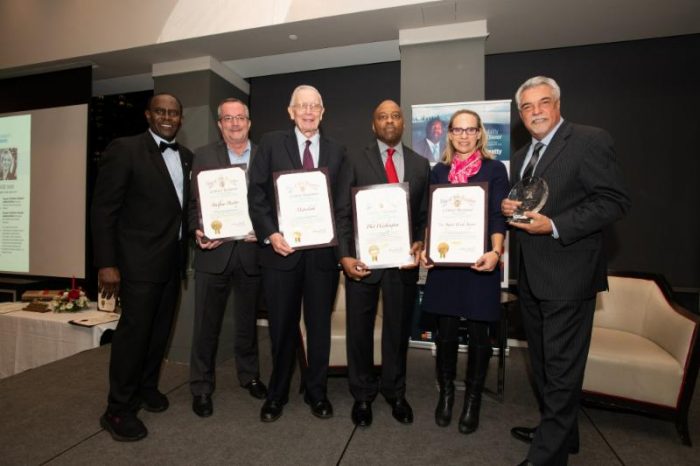 The Los Angeles Sustainability Coalition hosted its annual Sustainability Awards Dinner at the Downtown Los Angeles City Club on December 4, 2018. Keynote speaker and honoree Phil Washington, chief executive officer of the Los Angeles Metropolitan Transportation Authority, was among several leaders recognized for their outstanding contributions to unprecedented innovation in resource conservation and infrastructure initiatives for the city of LA.

Metro chief executive Washington accepted the 2018 Los Angeles Sustainability Leadership Award from presenting sponsor Balfour Beatty, represented by Mark Jennings, Sr. vice president and head project finance North America. Washington reported that the ground-breaking $120 billion ‘Measure M’ 2016 voter-approved initiative for major highway and transit projects is currently meeting or exceeding its schedule.” He also emphasized Metro’s initiative to establish a vocational and college-preparatory boarding school, tightly tailored to prepare at-risk and foster youth for careers in transportation. “Foster-care and at-risk youth can go anywhere in the world with their trade,” said Washington of the plan to boost jobs and fill the demand for qualified transportation workers. “The focus shouldn’t be on a job, but a career pathway.”

Following cocktails and networking, the awards dinner was kicked off by LASC executive director, Dr. Sherman Gay, who expressed his commitment to host and acknowledge the leaders moving sustainability forward in Los Angeles. “Every year, it’s been an honor and privilege to highlight public agencies and executives who are integral to the development of sustainable infrastructure and programs in LA. This event is the culminating highlight of our ‘Transportation on the Move’ series, which recognizes individuals and corporations throughout the year that are improving resource conservation and transportation in our beloved, yet saturated city.”

Tamara McCrossen-Orr, chief planning officer at LAWA was on-site to accept the 2018 Los Angeles Sustainability Public Agency of the Year Award, and shared the airport’s excitement about having begun construction on an Automated People Mover, which provides a cutting-edge electric train system to reduce carbon footprint and ease transportation during major upcoming events in Los Angeles such as the Superbowl (2022), World Cup (2024) and Olympic Games (2028).