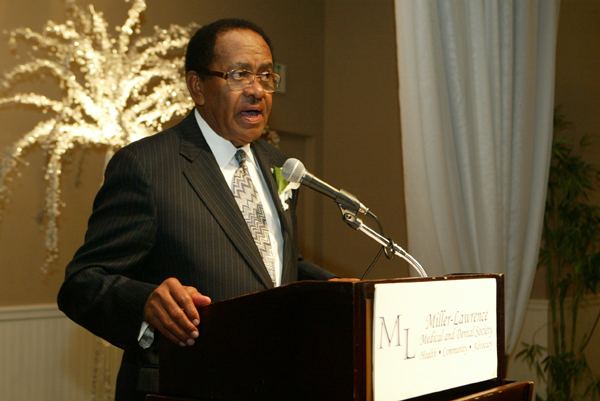 Earlier this year, America’s medical community, particularly those in the area of obstetrics and gynecology, mourned the death of one of their own, Dr. Ezra C. Davidson. He died in March, but long time friend and fellow physician Dr. Edward Savage Jr. wants to make sure his legacy remains upright. Savage spoke to the Sentinel recently, about how Davidson’s contributions to the medical community were history making as an African American doctor in his field.

“He started with a bachelor’s degree from Morehouse and a medical degree from Meharry Medical College,” Savage told the Sentinel in a recent interview.

Davidson, he said, had difficulty obtaining a residency in the field post military, since most of the patients were White.

“Those were some of the toughest programs [for blacks] to get into,” said Savage.

“He did get into the Harlem Hospital in New York, which is affiliated with Columbia University. [And], he became one of the world experts on coagulation and blood clotting. For a short while, he was involved in making major decisions at the hospital in the area of blood and blood disorders.”

He also co-chaired the NIH Work Group to Develop Guidelines for Federal Funding for Human Embryonic Pluripotent Stem Cell Research. He was a member of the Council on Graduate Medical Education (COGME) and past-chair of the Board of Directors for the California Wellness Foundation. Until recently, he was a member of the Board of Directors of Blue Shield of California. He has been elected to the National Black College Alumni Hall of Fame, Fellowship ad eundem, Royal College of Obstetricians and Gynecologists, and the Institute of Medicine, National Academy of Sciences.

Upon his death, his colleagues at ACOG released the following statement:

“The ACOG community is deeply saddened to learn of the passing of Dr. Ezra Davidson, a dedicated physician who devoted his life to the ob-gyn specialty and the health of women. Dr. Davidson served as ACOG president from 1990–91 and led the organization in many achievements, including securing site funding for the National Fetal-Infant Mortality Review Program and the publication of ACOG’s prenatal book for patients, ACOG Guide to Planning for Pregnancy, Birth and Beyond. As a leader in obstetrics and gynecology, Dr. Davidson blazed a trail for African-American doctors to succeed in the medical profession…”

“Dr. Davidson is important for a number of reasons,” Savage said.

“He did a number of things for African Americans.”