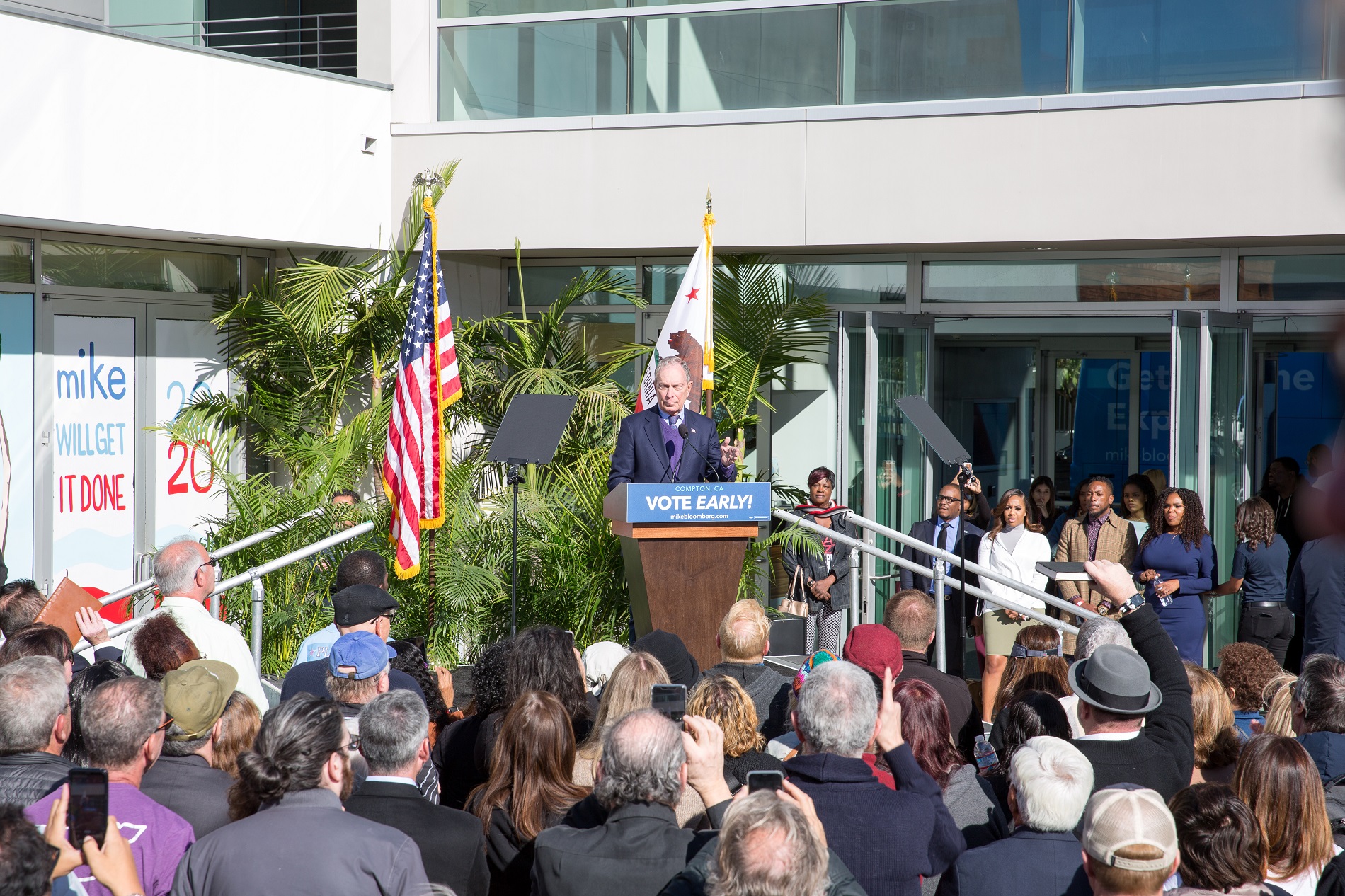 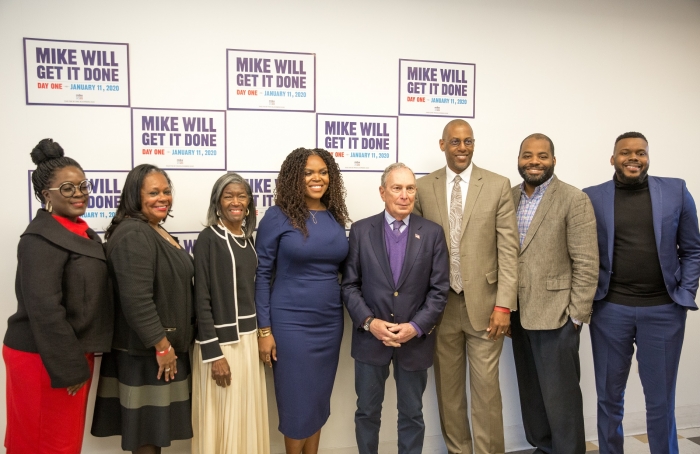 Few presidential candidates bring their message and campaign directly to the people most affected by the daily decisions made in Washington, D.C. But, on February 4, before a standing room only crowd at Compton’s Dollarhide Center, that is exactly what the former New York City Mayor and presidential candidate Mike Bloomberg brought to Compton.

The Bloomberg campaign is counting on California to launch his presidential candidacy into high gear. On Monday, Bloomberg addressed thousands of residents in Compton and picked up a key endorsement from Mayor Aja Brown, as well as Compton city council members Emma Sharif, Tana McCoy and Michelle Chambers. 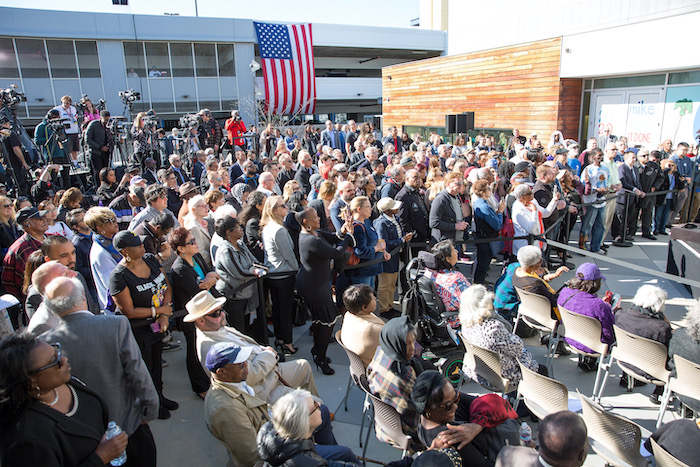 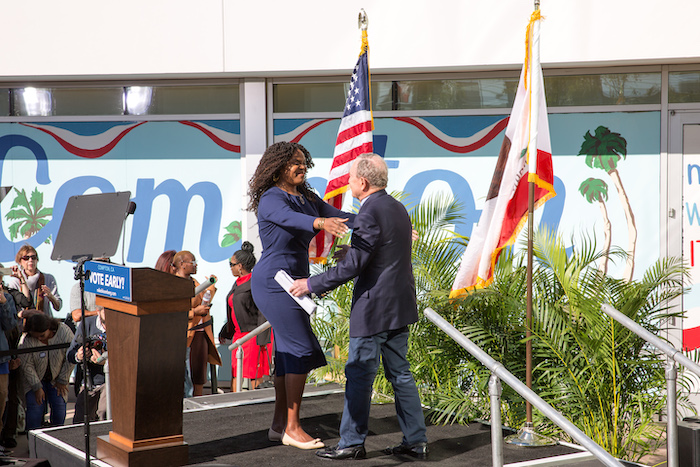 While other presidential candidates were focusing on the Iowa caucuses and the upcoming New Hampshire primary, Bloomberg focused his sights on California and brought a message of inclusiveness and accountability toa packed room of inquisitive voters, gathering to learn about the campaign as they consider what presidential candidate to support.

Mayor Brown, who in addition to her endorsement, has also signed on to be a co-chair for the California Bloomberg campaign told the crowd, “I’m proud to endorse Mike Bloomberg for president because he has a real plan for all Americans. Mike has pledged a $70 billion commitment to invest in underserved cities to drive economic empowerment and close the economic gap between White Americans and people of color. His Greenwood and El Paso Adelante plans have the power to lift communities like Compton and change outcomes for generations.” 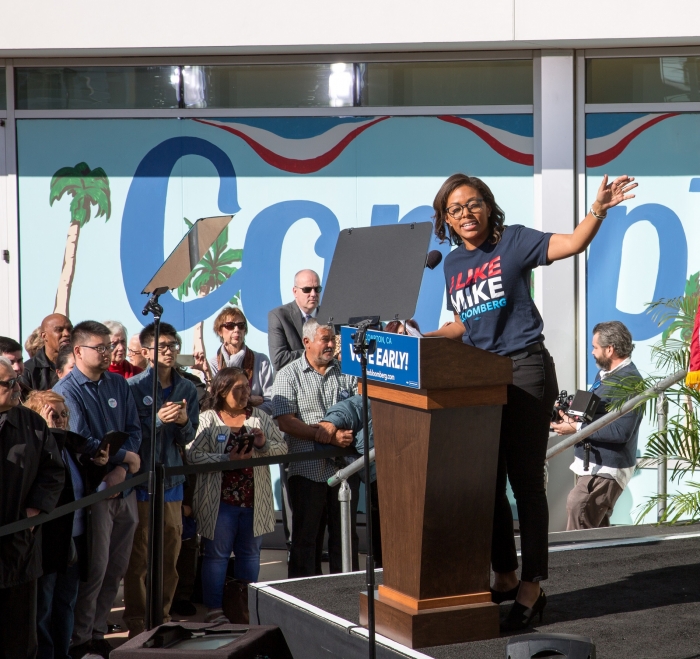 “If you ask me, voters here deserve to hear from the candidates. Well, I’m here and I’m here to win,” Bloomberg said. “In just two months, we’ve built a strong statewide operation and we’re not taking any district for granted. We’re opening up 20 offices across the state.”

Compton has multiple needs and has recently made local and national news for desperately needing to improve the quality of the streets and the deteriorating infrastructure that has plagued the city long before Brown became mayor. The campaign, in a statement, said Mayor Brown decided to endorse Bloomberg because of his plan to address the infrastructure needs in urban communities and to reduce waste and bureaucracy by sending federal dollars to the local level. The campaign also focuses on job creation through investment in Compton and similar cities, which Brown feels is desperately needed. 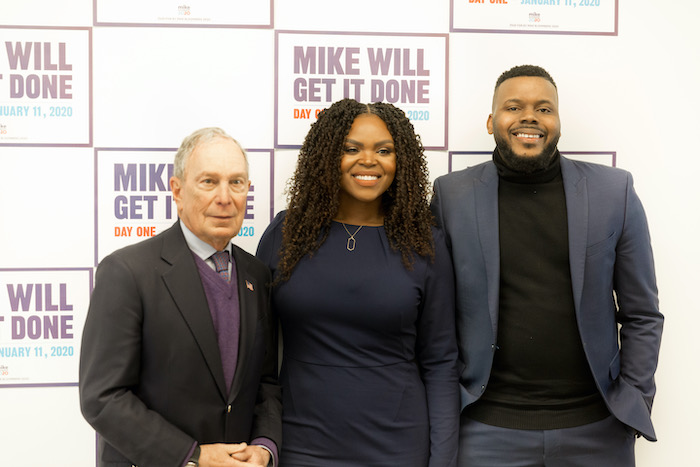 Brown also praised Bloomberg for having “a proven track record of producing results and is committed to energizing and investing in our nation’s people with a real plan to create new economic opportunities and leveling the playing field for people of color.”

Brown is but one of several California mayors who have chosen to endorse Bloomberg for the 2020 presidency. The mayors include former Los Angeles Mayor Antonio Villaraigosa, San Francisco Mayor London Breed and Stockton Mayor Michael Tubbs. 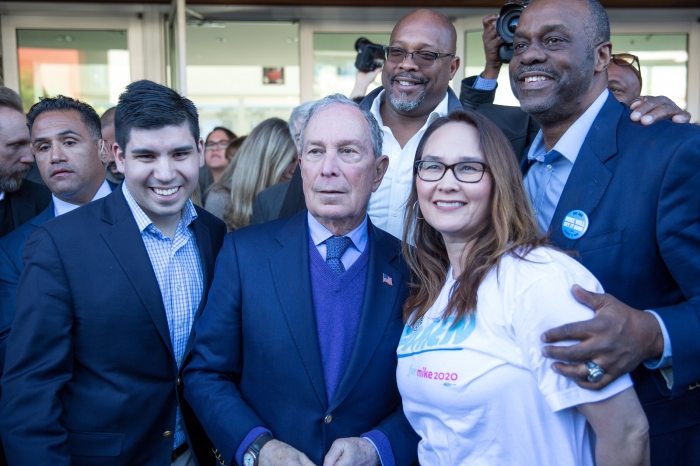 Mayor Tubbs, who is a national co-chair for the Bloomberg presidential campaign stated, “As Mike Greenwood’s Initiative illustrates, he understands the damage of institutional racism and knows what we need to do to uplift the African American community.

“At the end of the day, Americans are tired of talk; they want action, and Mike knows how to get things done.”