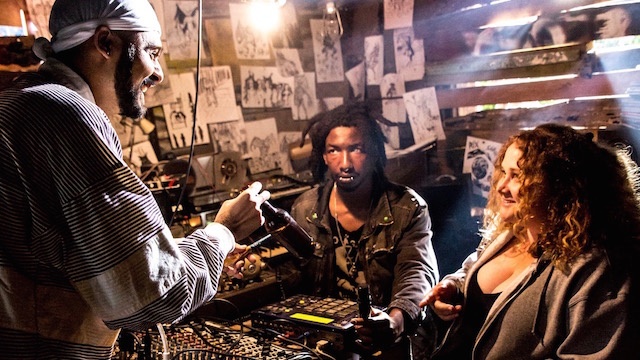 Mamoudou Athie is playing a character with a distinctive name —Basterd the Antichrist—in Geremy Jasper’s indie hit “Patti Cake$.” Despite the aggressive name and all the trappings associated with that nefarious character this particular Basterd the Antichrist is a gifted hip-hop producer whose home is a shack, located behind a graveyard. His connection with the unlikely rapper Patricia Dombrowski (Danielle Macdonald) aka Patti Cake$— a woman with natural skills, a stealthy attitude and significant girth (cruel haters call her Dumbo)—results in a musical collaboration and the birth of the group — PBNJ along with creating signature songs. Not bad for a mad-at-the-world punk rocker and a white hip-hop artist whose very charm is her underdog status.

“Patti Cake$” is the first feature film from acclaimed commercial and music-video director Geremy Jasper and the reviews for his indie gem have been uniformly excellent with The New York Times calling [Patti Cake$] “…an unambiguous joy” and Time magazine declaring it “an instant classic.” The critics have also highlighted Mamoudou Athie’s performance citing that he’s brought more depth to this story about an underdog’s quest for fame and glory adding more sting to the humor, raw energy and influencing some of the most unforgettable beats.

A graduated from the Yale School of Drama,  Athie’s theater credits are lengthy including a turn on Broadway in The Mystery of Love & Sex.

But Mamoudou Athie is best known for playing young Grandmaster Flash on the now canceled “The Get Down” (Netflix) and despite that small set back this dynamic actor is standing on very fertile ground with offers coming at a very sturdy pace. Becoming a part of “Patti Cake$” almost did not happen because Athie turned down the role of Basterd the Antichrist, twice.

Here is what Mamoudou Athie had to share about re-thinking roles and how to shape a career in Hollywood!

Mamoudou Athie: Thank you, you are very kind.  I am from Mauritania [the eleventh largest country in Africa] which is bordered by the Atlantic Ocean to the west, Western Sahara in the north, Algeria in the northeast, Mali in the east and southeast, and Senegal in the southwest.

LAS: I am a sincere fan of the “The Get Down” and I was gutted when Netflix decided not to renew for a third season.

MA: Yes, well, I [also] loved the show as well. I appreciate the crew, the cast, Baz Luhrmann and Nelson George. I learned so much.

LAS: Well personally, I think when people step back and view “The Get Down” they will appreciate it better and understand that the series is a classic, it will stand the test of time. Creatively every episode is like watching a movie. That’s my opinion.

MA: I absolutely 100% agree with you!  I think that people will look back on that and think that it’s extra special [as well ] because Baz [Luhrman], [Grandmaster] Flash (Joseph Saddler) and Nelson George really created something unique and very special to the time period. They created a mythology [about hip-hop] in an exciting and brand new way.

LAS: Well let’s talk about your role in yet another project that I adore. On record, I have fallen in love with “Patti Cake$” and the lead actress Danielle Macdonald is amazing. A big nod to the visual style of first time film director Geremy Jasper. I hate to throw up easy cliches but what-the-what, this film will be considered a classic. Again — my opinion.

LAS: Seems like we are on the same page, creatively Mr. Mamoudou Athie from Mauritania.

MA: (laughing) It appears so.  You know, I almost did not make the role of Basterd the Antichrist: I turned it down a few times.

MA: (laughing) Well to be fair I was just given the sides the first time. Just the sides not the full script and I was like ‘what—why is he called Basterd the Antichrist— so I initially passed from [even] taking the audition. Long story short the casting director, Jessica Kelly, re-approached me and sent me a really sweet note, explaining why I should consider the role. Then one of my best friends Yahya Abdul-Mateen II, who played [the character] Cadillac in the “Get Down” [he] called me and he was like: ‘yo, I just met on this movie.  The character is not right for me but I think it’s perfect for you!  Then I finally read the script, I met with the director Geremy Jasper and after that I just had to work with him.

LAS: So in a funny way “The Get Down” got you motivated to say yes to playing Basterd the Antichrist   in “Patti Cakes$” right?

MA: (laughing) Ok!  Director Geremy Jasper was gracious to work with.  You know, I admire his passion because it took him a long time to actually get “Patti Cake$” made and now, well, here we are.

LAS: And now “Patti Cake$”—opening on August 18 — is going to wow audiences and introduce the world to Basterd the Antichrist played by you Mamoudou Athie, from Mauritania! 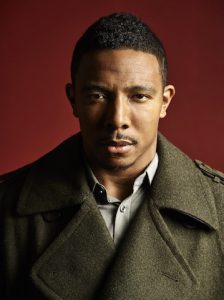 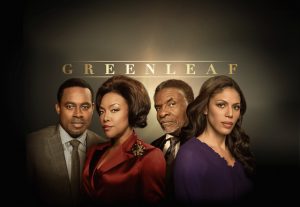 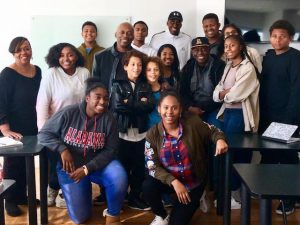 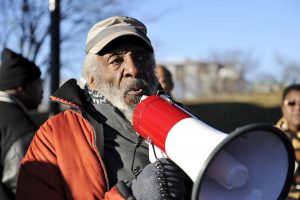 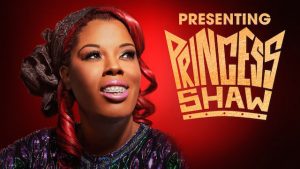