Clyburn: I’ve seen poverty, but I’ve never seen anything like this. 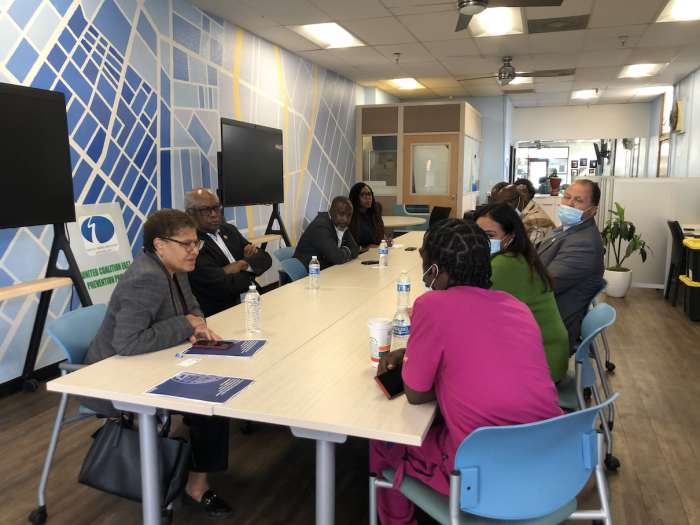 House Majority Whip James Clyburn has concluded a trip to Los Angeles to see in person the condition of Black men and women in a city where they make up less than 9 percent of the population, but nearly 40 percent of the homeless.

Clyburn is the Majority Whip and the third-ranking Democrat in the United States House of Representatives.  He is also the highest-ranking African American in Congress.

At the invitation of Congresswoman Karen Bass, Clyburn was given an intimate, up close and personal tour of Skid Row. Bass is hoping that Clyburn will see the need that Los Angeles has for more funding to help combat the issue of homelessness.

“I think that a lot of people around the country do not realize the gravity of the problem here,” said Bass. “And the fact that the extreme disproportionate numbers–Black folks are 9% of the city and 40% of the people in tents. For him to see the concentration of African Americans living downtown in extreme poverty that I have often said, I’ve seen refugee camps that don’t look as bad as Los Angeles streets. And so I know, knowing his stature, knowing his connection to the White House, I want Clyburn to see what’s happening in LA and to elevate the issue with people to see how serious it is.”

Clyburn was serious and quiet while looking out the window as he was driven through the heart of Skid Row in Central City East.

“This could not exist without institutional failure and let’s just call it personal tolerance,” said Clyburn.  “And I’m not too sure that if more people were to see this, they could tolerate it. I don’t know how you do it.”

“It was essential for the highest-ranking African American in Congress to come face-to-face with a housing crisis that politically possesses more questions than answers,” said White.

“As a resident of South Carolina, scenes of poverty were not new, but the Skid Row concentration and ‘tentscape’ left him silent.”

In reflecting further on what he saw in Skid Row, Clyburn referred to Alexis de Tocqueville, the 19th-century French sociologist, who said when talking about the United States, that what made the country great was not that it is “more enlightened than any other nation, but rather because we’ve always been able to repair our faults.”

“So what I saw today is another threat to the greatness of America because we seem not to be able to repair the faults,” said Clyburn.  “I’ve seen poverty, but I’ve never seen anything like this.”

Bass also arranged for Clyburn to meet with formerly and currently unhoused Black men and women at United Coalition East Prevention (UCEP), an organization that works to prevent and reduce the impact of substance use in Skid Row.

Lamar, 42, broke down into tears explaining the difficulty that he is having accessing services while living in Skid Row.

A former drug dealer who turned his life around in 2012 and had gotten a job, Lamar thought he had a better opportunity to move to Memphis with his brother and his wife, but when his wages were garnished, he couldn’t afford it and ended up back in Skid Row. 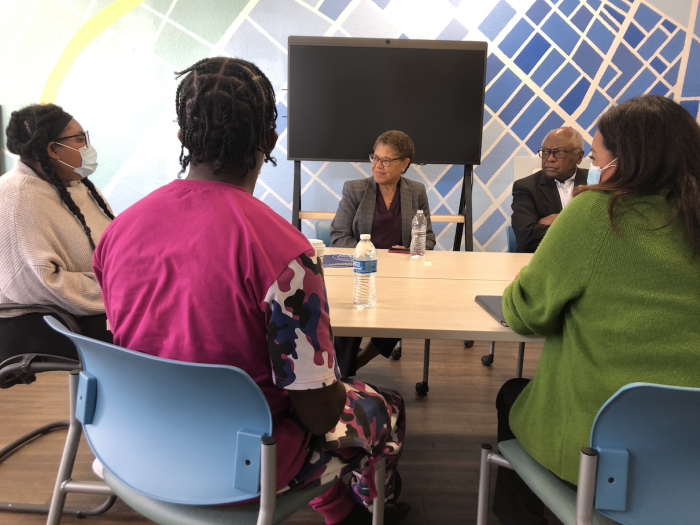 “So now I am back here and it’s been hard on me,” shared Lamar. “I try to get out of it. I was in the rapid rehousing program and they said I had to move over there and then over there.  Then they changed my worker.  I get discouraged after a while going through loops and stuff. I did everything they asked me to and I still haven’t received my housing. I am really not trying to go back and do anything bad.”

Lamar lives in a tent with his partner and pitbull.

26-year-old Adelene shared her experience of arriving in Skid Row at the age of 16 after her mother’s boyfriend gave her an ultimatum to either have sex with him or get out.  She came to Skid Row from Pennsylvania.

“A lot of people say that people choose to become homeless,” said Adeline. “I did not choose to. My mom’s boyfriend winded up being a sex trafficker and if I didn’t have sex with him, he said I had to leave.”

She continued, “My mom told me not to come back and so I didn’t see her for the next five years.”

Fighting back tears, she tells Bass and Clyburn that it’s been 10 years and she thought she’d be over it.

Adelene said that prior to coming to Skid Row she was in the hospital and a nurse told her to go to Skid Row when she found out she had nowhere to go.

“They [hospital staff] even offered to call a taxi for me. They had me stand in line at Union Rescue Mission.”

Adelene credits UCEP and a woman at the Union Rescue Mission for helping her to get from Skid Row and into the Covenant House in Hollywood.  The Covenant House provides housing and supportive services to youth facing homelessness.

It felt like a safe haven, but at the same time, it didn’t feel as safe as the Skid Row community because in Hollywood, there was a lot of like sex work going on at Sunset and Western. And there was [sic] a lot of very suspicious men that are always willing to give you a ride somewhere.”

Adelene says that she’s had permanent housing for the past five years through Ruth’s Place, which provides permanent supportive housing for youth and young adults, families, seniors, individuals with special needs, and other low-income households.

The conversation took a grim direction when the subject of overdose deaths came up.

There was an argument amongst the group over which drug was killing more people–methamphetamine or fentanyl.

“The study that the county’s just released, about 73 percent of overdoses deaths are meth deaths,” shared Charles Porter.  “Fentanyl deaths have increased. Meth deaths have been consistent over the last few years.  The only spike has been with fentanyl deaths because fentanyl is showing up in everything.”

Adelene said the drug use was so bad that people were overdosing every day and that once her roommate died of a drug overdose while Adelene slept in the bunk bed below her.

Bass and Harris-Dawson were surprised to hear the group advocate for zero-tolerance policies over harm reduction models when it came to drugs.

Harm reduction is touted as a way to “meet people where they’re at.”  Harm reduction emphasizes education and mitigation strategies, especially for substance abuse.  The goal is to prevent deaths and disease by providing clean syringes, medications that help curb addiction, and other judgment-free treatment support like providing naloxone to reverse an otherwise fatal overdose from opioids.

Members of the group, some who are former drug addicts, aren’t impressed with the model’s effectiveness.

“I do not that think that if someone would have introduced me to a harm reduction model I would be here today — I think I would have been dead.”

“I think we should change harm reduction back to zero tolerance–period,” said Michael Remson, 56, a former Skid Row resident who now works with the unhoused population. “When you get into a program–such as where I work now–to tell someone the effects of drugs but you can still come into the facility high and drunk–what good does that do?

“That’s just saying it’s okay.  Before, years ago, if you come in here high or drunk, you ain’t getting in. And I think you have a much better success rate because you know the people coming in the door aren’t high. And that’s what harm reduction says–I can come back and keep smoking.”

“Where’s the bottom,” asked Bass, agreeing with the group.

Bass also spoke about working to get the amount of time that a person can stay in treatment for substance abuse being changed from 30 days to a year under the Affordable Care Act – a move the group was excited to hear about.

At the end of the discussion, Clyburn thanked all of the participants for sharing their stories and being candid about what Los Angeles needs to realize impactful and meaningful change.

Adelene shared with Bass that she was surprised to see her in person at this meeting.

“It’s wonderful meeting you,” said Adelene.  “I was just in a panel with Congresswoman Barbara Lee and your name came up. And I saw a commercial on you and I said I am voting for you and so right now, when I sat down and looked and saw you sitting here, I said no way.  You make me wanna be better than I was yesterday. I just love you.”

Bass hopes that Clyburn’s visit moves him to help her bring more funding back to California to help “repair the fault.” 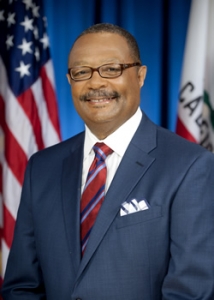 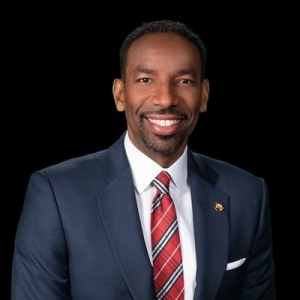 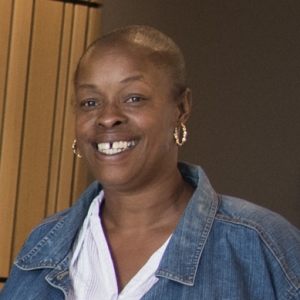