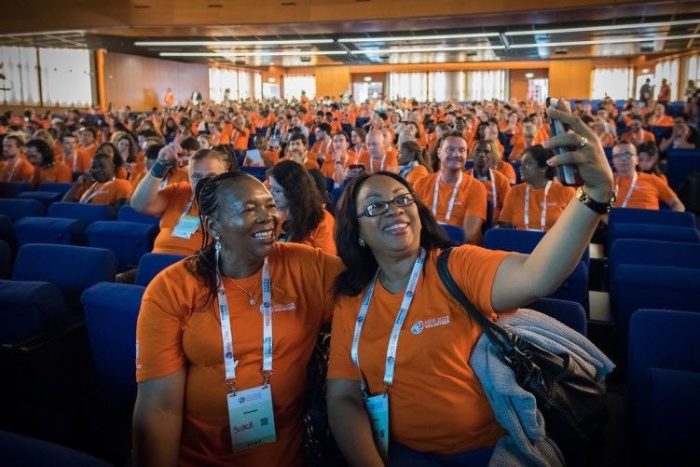 The International Conference on AIDS – the largest conference on any global health issue in the world – opens this week under the title “Breaking Barriers, Building Bridges.”

With hundreds of scheduled talks and roundtables, AIDS 2018 has defined its goal as promoting human rights-based and evidence-informed HIV responses tailored to the needs of people living with HIV, displaced populations, gays, people who use drugs, sex workers, transgender people, women and girls and young people–and collaborating in fighting the disease beyond country borders.

In South Africa, the number of new HIV infections is dropping‚ but there were still 231‚000 new infections in 2017. Condom usage has been decreasing and the number of people having sex before the age of 15 has been increasing, say researchers.

The group where new infections are growing at the highest rate is young men aged 14 to 24.

In East and Southern Africa, more than half of people dying of AIDS related illnesses were men and boys, although they represent only 46% of those infected with HIV in the region, according to UNAIDS’ 2017 Global AIDS update.

Why? Because fewer men than women get tested for HIV, says the U.N.  Studies show that in East and Southern African countries, men are significantly less likely than women to have been tested for HIV and therefore do not know their HIV status.

As a result, fewer men are on antiretroviral therapy and for those who receive treatment at a later stage, treatment is sometimes less effective.

A different picture emerges in Nigeria where according to the recently released Joint U.N. Program on HIV/AIDS report for 2018, there are more women in Nigeria living with HIV- particularly adolescent girls and young women – than men.

Nigeria now has 1.6 million HIV-infected women in Nigeria in comparison to 1.3 million men in 2017.

Among the announced sessions at the conference is one titled: “We are women with voices, not an HIV diagnosis! Sharing experiences on processes of individual and collective empowerment driven by women’s lives, bodies and creativity’; and the Positive Women’s Catwalk for Power.

Keynote speaker at the conference will be Tedros Ghebreyesus, Director-General of the World Health Organization on the topic of “Eliminating AIDS epidemics on the road to universal health coverage.”

WHO will release several new publications, including on the use of dolutegravir in HIV treatment, HIV testing, HIV drug resistance, key populations and HIV strategic information.

Videos of speakers and panels can be seen at www.aids2018.org