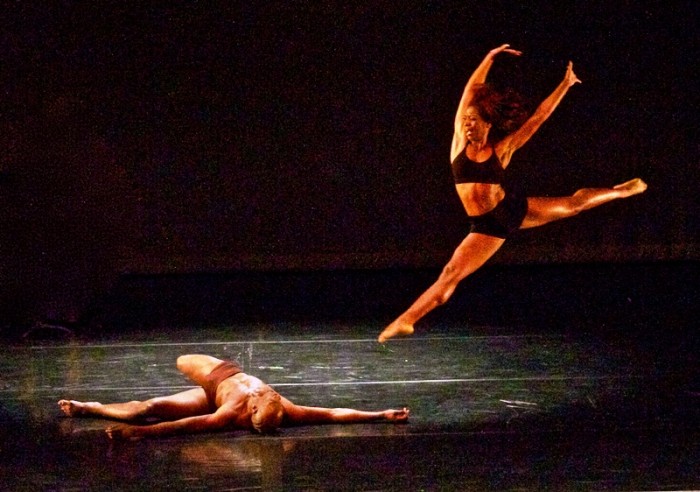 Many believe that words can be the utmost expression when it comes to conveying emotion. But, on April 2 at the Nate Holden Performing Arts Center (NHPAC) dance enthusiasts got to see how deep dance language could get when Lula Washington Dance Theatre and Pony Box collaborated for their “ 2 Dance Companies, 1 Show”.

The two dance companies gave stunning performances of the effect of external forces in relationships, challenges society face and the demands of individualism.

The show opened with performances from all male dance ensemble Pony Box. Their number “The Line” explored the phenomenon of conformity in society by looking into the eternal tension between the dynamics of being an individual and the demands that being a part of a group truly means. The dance ensemble consisted of seven men who effortlessly depended on each other to create the imagery needed for the first half of the show. At any given moment during each performance audience members could hear the breaths of the dancers poetically coinciding with the message of their performances. “The Collective” performance was very sensual and left me intrigued as to why each dancer hid behind a mask. An exploration of colorful stage lighting accompanied some of their most vivid performances and as a first time dancer theater attendee, I was captivated from the very beginning. 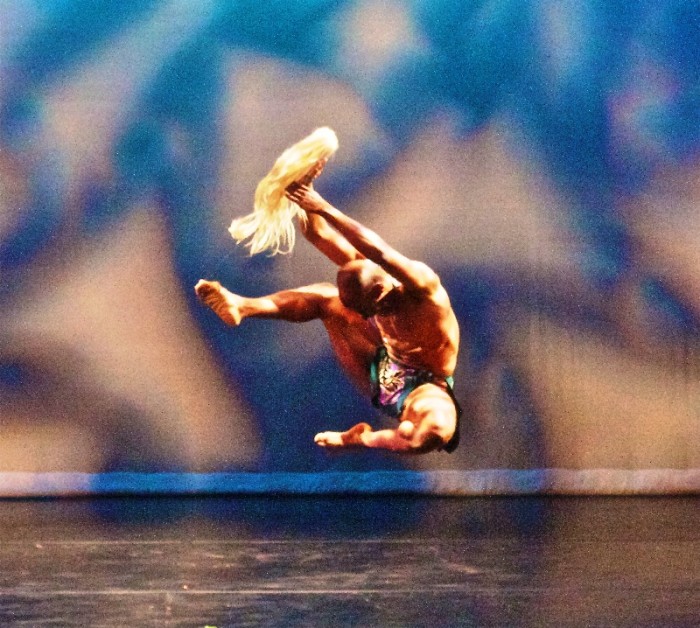 Michael Tomlin III leaps in the air in Global Village choreographed by Lula Washington, was part of a shared concert with Pony Box Dance Theatre on Saturday, April 2, at Nate Holden Performing Arts Center. (Photo by E. Mesiyah McGinnis for the L.A. Sentinel)

In the first half of the show, I tried my hardest not to lose sight of the dance messages for Pony Box, but I became slightly distracted with the duration of each piece. It seem like their pieces could have been cut a little shorter.

After intermission, Lula Washington’s Dance Theater performed their original pieces “Search for Humanism,” which was Lula Washington’s plea for humanity from police with the lives of African Americans. The piece started with loud screams of anguish from a single dancer accompanied by a live jazz band. Principal dancer Queala Clancy conveyed so much emotion that set the tone for what was to come in the choreography. Dramatic extensions and energetic floorwork pushed a strong message of police brutality and left me speechless.

Their second performance “Together,” which was choreographed by Tamica Washington-Miller, reminded me of the affects outside influences could have on romantic relationships in the African American community. Dancers Raymond Ejiofor and Krystal Hicks were strong, yet vulnerable dancers in the roles they played as lovers. The closing performance “Global Village” was a colorful set to the music of Fela Kuti. Eye-catching vibrant colors paired with rippling unison in choreography had the dancers feeling the Nigerian vibes of Kuti’s music.
I loved the choice of music and choreography Lula Washington Dance Theatre picked and definitely suggest that people should experience the fullness of Washington’s dancers. 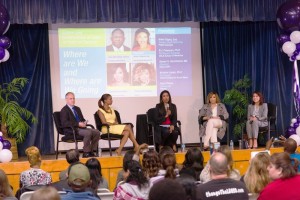 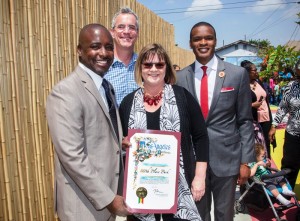 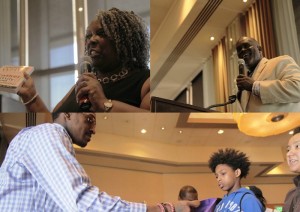 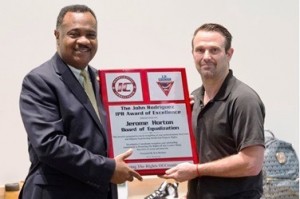 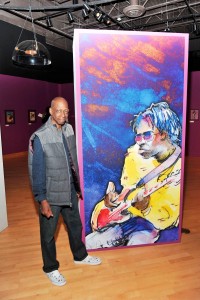 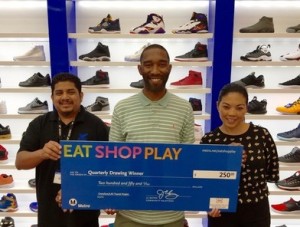