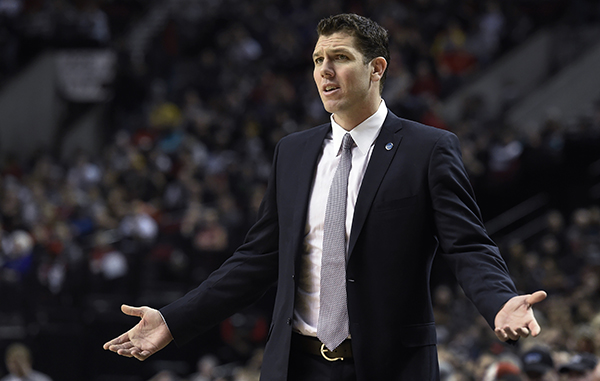 FILE – In this Jan. 8, 2016, file photo, Golden State Warriors assistant coach Luke Walton gestures during the first half of the team’s NBA basketball game against the Portland Trail Blazers in Portland, Ore. The Los Angeles Lakers have reached an agreement with Walton to become their head coach. The Lakers made the announcement Friday night, April 29, 2016, five days after firing Byron Scott. (AP Photo/Steve Dykes, File)

The Lakers reached an agreement Friday night with the Golden State assistant to become their head coach, dramatically choosing a young leader for their new era after Kobe Bryant.

The Lakers grabbed Walton just five days after they fired Byron Scott, who led the 16-time NBA champions to the two worst seasons in franchise history.

Walton spent nine seasons as a forward for the Lakers, winning two championship rings as a smart, steady contributor. Three years after his retirement as a player, the 36-year-old Southern California native is back to become the 26th head coach in franchise history.

“We’re excited to bring Luke back to Los Angeles, where we feel he’s going to start an outstanding coaching career,” said Lakers general manager Mitch Kupchak, who drafted Walton 13 years ago. “He’s one of the brightest young coaching minds in the game and we feel fortunate that he’ll be leading the on-court future of our team.”

Walton seemed to be the ideal candidate for the Lakers from the start, given his equal fluency in the Lakers’ history and the Warriors’ cutting-edge brand of beautiful basketball. He’ll have the chance to mold the Lakers’ on-court approach in any way he chooses, with the franchise ripe for reinvention after the 20-year career of Bryant.

“We are thrilled for Luke,” Warriors general manager Bob Myers said. “This is a tremendous opportunity for him to return home and serve as head coach for one of the most storied franchises in sports. Luke has done an incredible job during his two-year stint with our team and has played a significant role in our success.”

Walton, who got a multiyear contract, will join the Lakers after the Warriors’ playoff run. That could take several weeks, because Golden State is headed for the second round with designs on a second straight championship.

The 6-foot-8 Walton, the son of Hall of Fame center Bill Walton, became a top candidate for coaching jobs earlier this season when he led Golden State to a 39-4 record as the interim head coach while Steve Kerr was sidelined by a back injury.

“I’m incredibly happy for Luke,” Kerr said. “As we witnessed earlier this season, he has all of the intangibles necessary to be an outstanding head coach in this league, including a terrific understanding of the game the ability to communicate with a wide range of people. He’s certainly ready for this opportunity and I’m confident he’ll do a great job with the Lakers once our season is complete.”

Walton even finished eighth in the voting for NBA’s Coach of the Year award, which went to Kerr.

“It is impressive for an assistant coach. I think he should have been higher,” Golden State power forward Draymond Green said.

Walton stepped in and coached the Warriors to an NBA-record 24-0 start before eventually ceding the job back to Kerr, earning universal accolades for his cool and maturity in a potentially uncomfortable situation. He was expected to be a candidate for head coaching jobs in Sacramento and New York, where he could have been reunited with former Lakers coach Phil Jackson.

“I kept waiting for you to change with your success,” Myers told Walton directly during Kerr’s news conference. “I’ve seen so many people change with success. I kept waiting for you to become someone else, because you were getting adulation. You were obviously making your own mark. But I never saw … you waver from your character and who you are and your support of Steve, and knowing that you were just holding down the fort. I just think that’s tremendous. That is such a rare quality, to be unaffected and to stay who you are. That was awesome, and I appreciate it.”

Walton won’t have nearly the same level of talent in Los Angeles, which went 21-61 and 17-65 under Scott, twice posting the team’s worst record ever.

The Lakers are fully rebuilding after the retirement of Bryant, Walton’s longtime teammate. Bryant has backed Walton as a future head coach for years, praising his intelligence and understanding of the game.

The Lakers’ core consists of recent draft picks D’Angelo Russell, Julius Randle, Jordan Clarkson and Larry Nance Jr. alongside an unremarkable collection of veterans and young players. They also will add a top-three draft pick if they finish high enough in the lottery next month.

But the lure of the Lakers is strong to Walton, a second-round pick out of Arizona. He was a depth forward on the Lakers’ championship teams in 2009 and 2010 before getting traded to Cleveland in March 2012.

After Walton stepped away from the court in 2013, he worked briefly for the Lakers’ television network as a broadcaster, and for their D-League team as a player development coach. Walton became an assistant in Golden State last season and earned promotion to the job of Kerr’s lead assistant this season after Alvin Gentry left.

“The way (Steve) leads and the responsibility he gives other people allowed us to succeed even when he wasn’t here to be that top guy,” Walton said earlier this week. “It speaks to his overall coaching and leadership ability.” 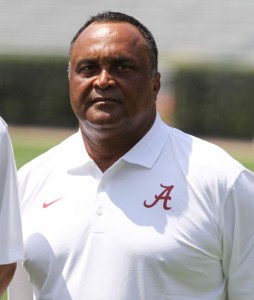 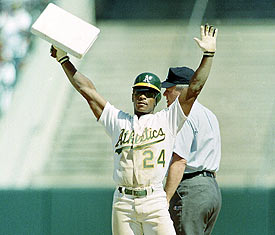 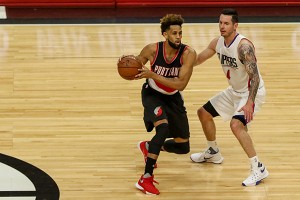 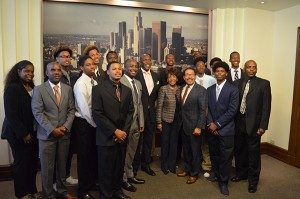 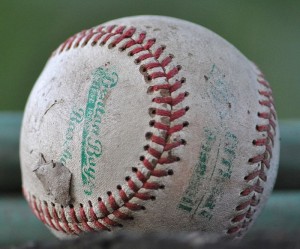