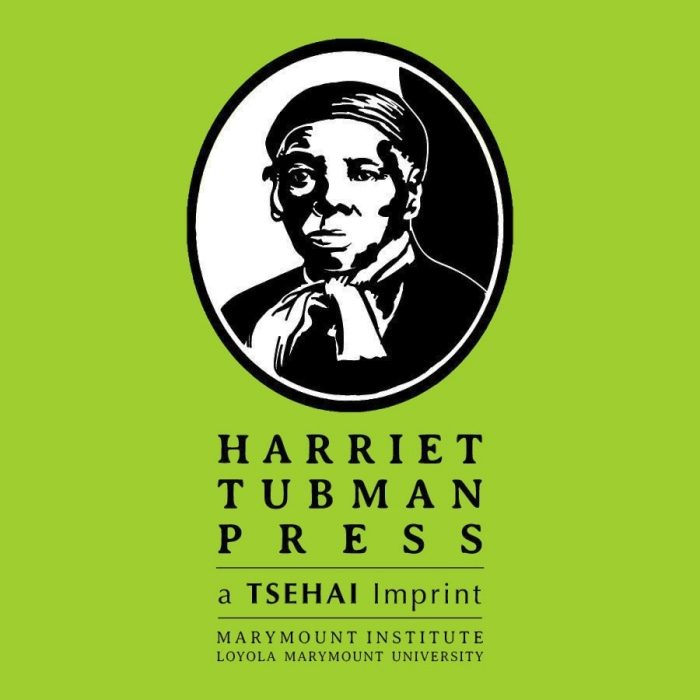 The creation of this new imprint was announced Monday, Aug. 15, during a community discussion of African-American publishing hosted by Loyola Marymount University at the Vision Theater. The event, was part of the celebration of the 10th annual Leimert Park Village Book Festival, taking place on Saturday, Aug. 20.

“We chose the name Harriet Tubman for several reasons,” said Elias Wondimu, who will be spearheading the new imprint, “to follow her example in paving a new path towards an equal and just society; in honor of our ancestors who endured so much to provide us our freedom; and to proclaim our commitment to document and share our stories to the world over.”

HTP will be the newest imprint of TSEHAI Publishers, which is housed in the Marymount Institute for Faith, Culture and the Arts at Loyola Marymount University. Until now, TSEHAI has specialized in publications about African politics, history, social justice and literature. HTP will provide a home to books that share stories by African-American writers and scholars about what is happening in the United States.

“Harriet Tubman Press will provide a new home for both established, as well as up and coming literary writers and scholars who strive to give authentic voice while chronicling the challenges and triumphs of their communities,” said Wondimu.