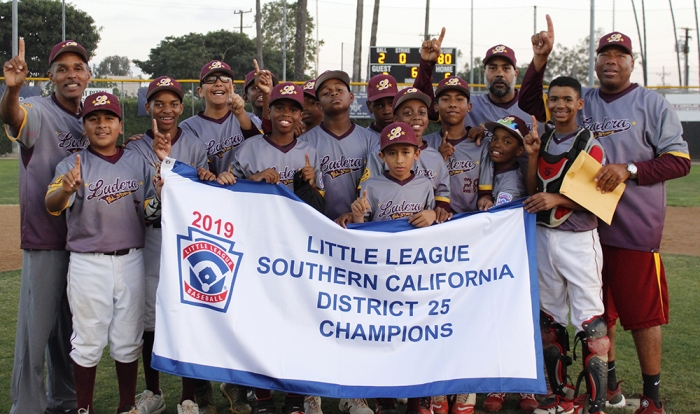 The Ladera Little League 12U All-Star team had a banner-winning season, playing top-level baseball and thrilling their packed stands of family, friends, and current and former Ladera players, who all came out to cheer on the team.

In the All-Star double elimination tournament opener, hosted by Santa Monica LL, Ladera faced Culver City LL. The team got off to a rocky start falling to Culver City 3 to 0. Down but not defeated, Ladera battled back, winning their next four games against Beverly Hills (4-3), North Venice (17-2), West LA (10-0) and Santa Monica (13 -10) to advance to the semi-finals and a rematch with undefeated Culver City. Looking for some payback, Ladera dominated early, handing Culver City its first tournament loss 14-5, to force a winner-take-all championship game. Culver City wasn’t going down without a fight but in the end, Ladera got the win, defeating Culver City 6-3 to bring home the District 25 12U All-Star Tournament banner and advance to the California Little League Section 4 Tournament.

In the double-elimination Section 4 opener, hosted by Westchester LL, Ladera faced-off against Del Rey American LL, winning in a nail-biting 6-5 victory. In a closely contested game against undefeated Manhattan Beach, Ladera led  2 to 1, but Manhattan Beach scored two runs late in the game to win 3-2. It was win or go home as Ladera faced Del Rey a second time. A highlight of the game was Sean Madison’s leadoff homerun. At the end of six innings, Ladera eliminated Del Rey 6-3, setting up a rematch against Manhattan Beach in the semi-final game. Looking to settle the score, Ladera came ready for battle, led by Dylan Franklin’s five innings of no-hit pitching. The game remained scoreless until the top of the 4th, when Manhattan Beach pushed across a single run to go up 1-0. Ladera’s bats came alive when Phelan Bucknor stepped up to the plate and smashed a homer to centerfield to tie the game. Noel Moreno’s RBI single gave Ladera a 2-1 lead. In the 5th inning, Ladera broke the game open as Bucknor singled in a run to increase the lead to 3-1, and Daniel De Lira singled to left field scoring another two runs. A game highlight was a three-run homer by Kyle Morris to left field that capped the scoring for Ladera. Manhattan Beach pushed across one more run, but Ladera held them, beating Manhattan Beach in the semi-final game 8-2 and setting the stage for an exciting Championship rematch. 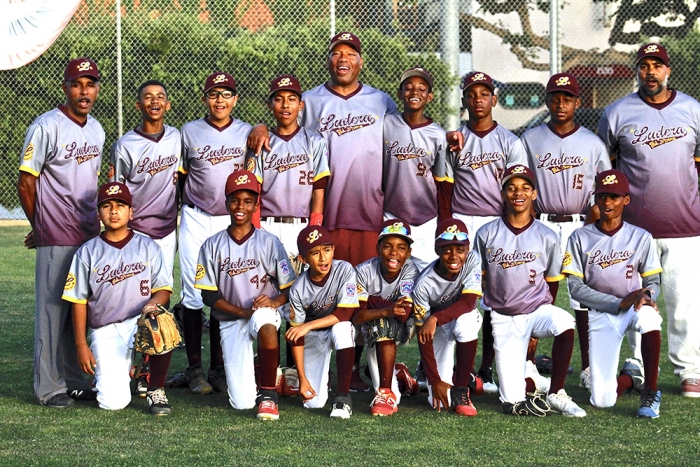 “We didn’t get the win but it was a season for the Ladera record books,” said Coach Balthazar. “The team was committed, they trained hard, and the results showed up on the baseball field.” Coach Carlton Gray agreed. “The team has a lot to be proud about. If people didn’t know about Ladera Little League, they definitely know about us now.”

In an era when Major League Baseball is struggling to identify talented African-American baseball players, this team of players of color represented the future of the sport well. “From Santa Barbara all the way down to the Mexico border, Ladera Little League ranked among the Top 20 Little League teams in the state,” shared Coach Brookins. “This was a major accomplishment the boys will carry for a lifetime.” 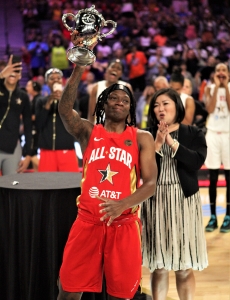 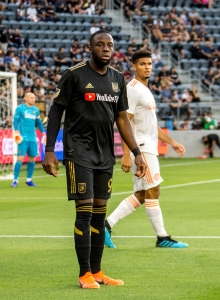 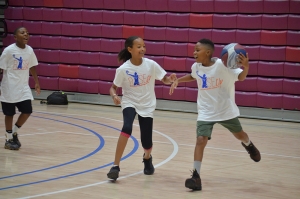 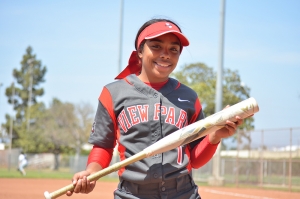