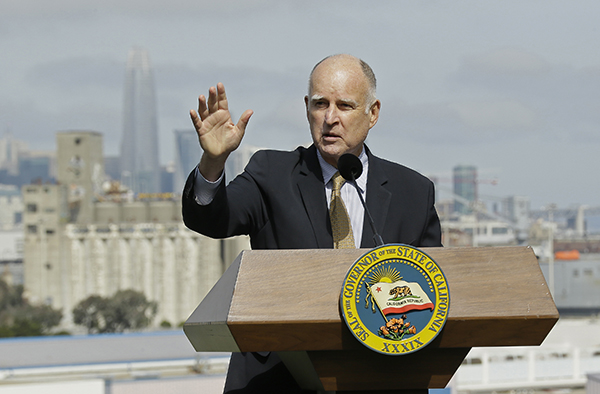 Governor Jerry Brown signed  AB 19 (Santiago, Chiu and McCarthy) this week enabling all Californians to benefit from a year of high quality community college education without having to pay fees for one full year.

The California College Promise, authored by Assemblymember Miguel Santiago, passed the State Legislature with bipartisan support. AB 19 restores the intent and spirit of the 1960 Master Plan for Higher Education, stating that public higher education, “shall be tuition free to all students.”

“This is an historic day for California – tuition is no longer a barrier. Our future is brighter when we educate our future leaders, innovators, and workforce. The LACCD Board of Trustees and our students thank Governor Brown for his confidence and his investment in our students,” said Dr. Francisco Rodriguez, Chancellor of the Los Angeles Community College District.

“Governor Brown deserves special recognition in signing this bill. Approximately, 50 years ago, Governor Brown began his political career as a founding member of the Board of Trustees at LACCD. Now the Governor launches a new legacy of educational opportunity,” said Hon. Sydney Kamlager-Dove, President, LACCD Board of Trustees.

The LACCD applauds Assemblymember Miguel Santiago and California Community College Chancellor Eloy Ortiz, and numerous community colleges districts and colleges, for their leadership in authoring, shepherding and ultimately signing this new law. With the California College Promise, generations of Californians will be uplifted through higher education.