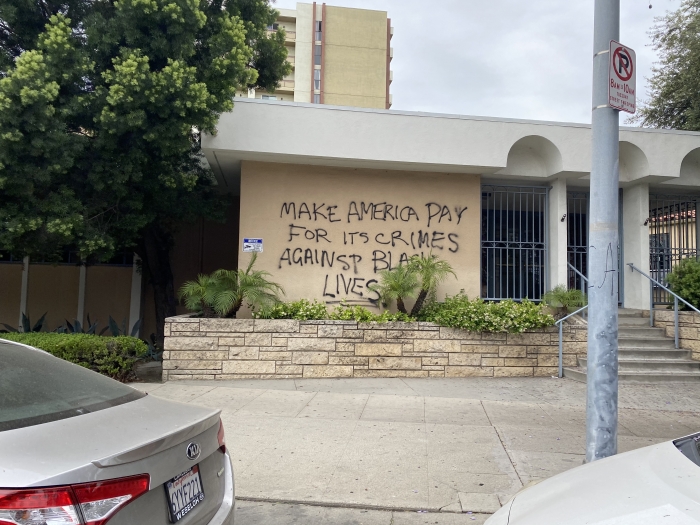 Los Angeles City Mayor Eric Garcetti discussed the efforts of public safety in retaliation to recent violent stirrings happening across the city. Saturday, May 30, thousands came together in protest, closing the L.A. streets from Fairfax all the way through 3rd street, is the aftermath from the current murder of George Floyd by police hand in Minneapolis. Garcetti reiterated what he said yesterday, acknowledging the injustice of police brutality within the Black Community and pleaded with all residents to keep a level head while fighting for peace.

Yesterday Mayor Garcetti responded to the devastating news of George Floyd by stating, “…He was far from the first, the end of his life, was another page in the worst chapter of our nation’s history of what it means to be black in America. 244 years into our attempts to define a more perfect union and each time this happens we have to speak clearly. We have to say the truth. We have to stop in these moments as painful as they are, to right the wrongs that aren’t just part of our history but exist here in our presence.” 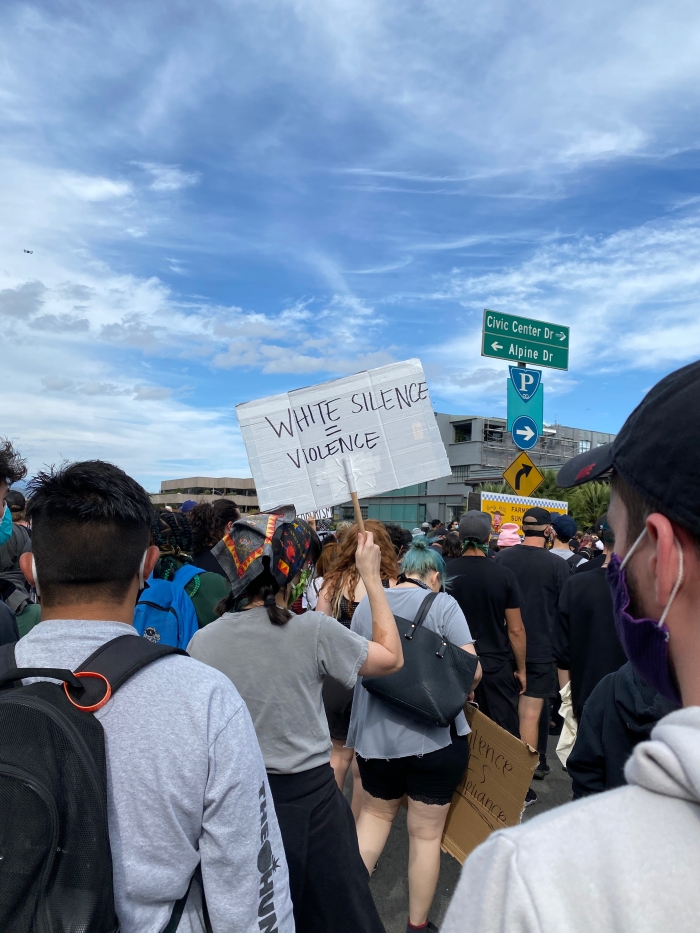 The mayor reflected on the Rodney King case, considering the riots and fires that came from the rage of a man being captured on film being horrendously beaten by policemen in Los Angeles. Garcetti stated today he wanted to speak very personally to all Angelenos, “My first responsibility to you is to protect life and liberty, and to speak the truth so when we see a horrific murder like what we seen on the streets of Minneapolis,  which joined too many murders,” Garcetti continued, “We know all of us cry out, if you have truth and justice in your heart if you love anywhere in your soul, that this wrong and we all want to make it right.” The mayor went on to discuss the meaning of liberty is a shared responsibility, to ensure safety for all those who are fighting for justice. Garcetti emphasized that the fight should be peacefully protested, to adjust the world with organized structure.

The mayor stressed the fears of changing the world for the better will slip away due to the more violent side of protesting. Looting, setting fires, and uncontrollable chaos will regress any progress made in COVID-19 recovery, testing sites had to close down today for safety measures. It endangers the emergency first responders, who are already stretched thin due to the viral pandemic. The mayor asked everyone to take a step back for a moment, to let the fire fighters  put out the fires  and allow “peace officers” to restore order. Garcetti agreed there needs to be a reckoning for the murder committed, he declared that there should be a demand for justice, but one that does not put people’s lives in danger. Garcetti declared that violence within protest is a disservice to the cause of the fight. 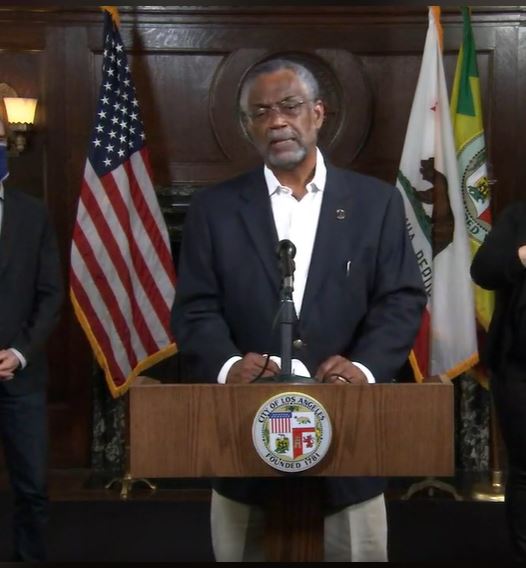 Council Member Curren Price joined the mayor and  stated, “ We are all leaders, in times like this we all have a chance and responsibility to step up to the plate, do what we can to move forward in a positive way.” Price acknowledge the need for protest and to express concerns in times of injustice, but he shared that it comes with a level of responsibility. The council member explained the destruction of property and threatening life does not translate the reason for the call of justice.

The mayor went on to highlight other unjust murders prior to Floyd’s death to emphasize the point of action that needs to take place. He called for the help of “Non-African Americans” to rally behind the fight for equality and justice, to end police brutality. He spoke “all” owning this moment and “all” must join this movement. Later that night a protest rose to violent levels with over 300 people arrested and a number of policemen injured. Looting and miscellaneous crimes were committed amid downtown Los Angeles. Garcetti announced a curfew across Los Angeles that’s starts at 8pm to 5:30 am, and there is talk of the mayor putting the National Guard on alert. 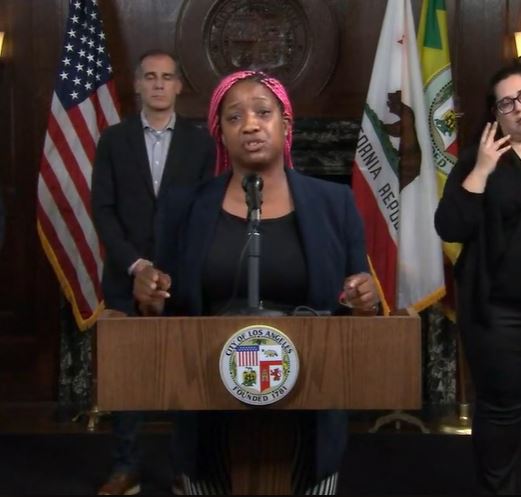 Reverend Dr. Najuma Smith Pollard. (Screen Shot)Reverend Dr. Najuma Smith Pollard who remembers the terror of the riots during the Rodney King protest shared her wisdom on the matter of protesting peacefully. She quoted a word she heard while wrestling with conflict during the Rodney King moment, “…We don’t wait a minute, a minute is too long in times like these.” Smith continued, “It is the right thing to stand up, it is the right thing to speak up, it should not be nearly 30 years later we are still facing this issue.” Referencing Pentecost Sunday, Reverend Pollard declared that it is right to speak truth to power. She expressed to exhaustion in reposting, retweeting, hash-tagging lost lives within the community, Pollard connected the lost of her son, with the families who lost their loved ones  to a system that is unjust. She stressed that the community needs to live in power, but with power comes the shared responsibility for safety.