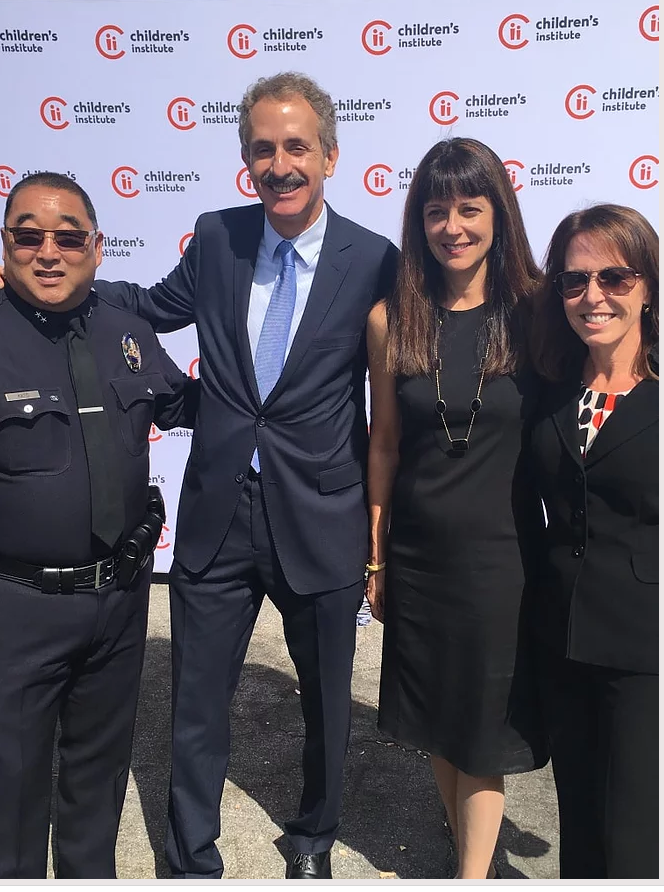 In 2017, there were approximately 110 calls made to LAPD in Watts reporting shots fired, with over 40 percent of the calls coming from local housing developments.

When gun violence occurs in a community, children are often witnesses to the event and its aftermath. The impact of gun violence exposure is associated with learning, health, emotional and behavioral issues, as well as substance abuse later in life. Early intervention and emotional and social support are key in preventing and beginning to heal the symptoms of trauma.

“Children deserve safe and secure childhoods, and when violence erupts into their lives, we have to step in and act, and that’s just what we are going to do,” said Feuer. “I have put Deputy City Attorney Lara Drino, who has years of experience working with abused children, in charge of our efforts to work with our partners to intervene quickly and effectively to reduce the long-term trauma children exposed to violence suffer.”

“Children’s Institute is so pleased to be partnering with the City Attorney’s office and LAPD on this important initiative that is a natural extension of our work offering trauma-informed services and support to children and families in the Watts community and throughout Los Angeles. In addition to providing early intervention and follow up care through our REACH TEAM, we also hope to increase community awareness around the possible long-term effects of gun violence exposure and encourage outreach for support,” said Martine Singer, President & CEO, Children’s Institute.

“Shots fired in our community tear at the very fabric of our emotional security, especially for our children,” said Michel Moore, LAPD Chief of Police. “There is no excuse for a child in our city to be exposed to gun violence, and the Los Angeles Police Department will work diligently to ensure our most vulnerable residents are safe and supported.”

When a gunshot is reported in the Watts community, LAPD will assess the scene and notify the REACH TEAM, comprised of Children’s Institute staff, who will provide an initial crisis response to the families involved as soon as possible. From there, children identified for follow-up support will be referred to Children’s Institute to receive trauma-informed health services, as well as other family services and support.

As a part of the program, the L.A. City Attorney’s office and Children’s Institute will regularly conduct community outreach within Watts schools, housing developments, community organizations and non-profits. Children and families in Watts who have been exposed to gun violence in the past can also reach out for support.

This initiative has received guidance and support from Watts Gang Task Force and the Housing Authority of the city of Los Angeles.