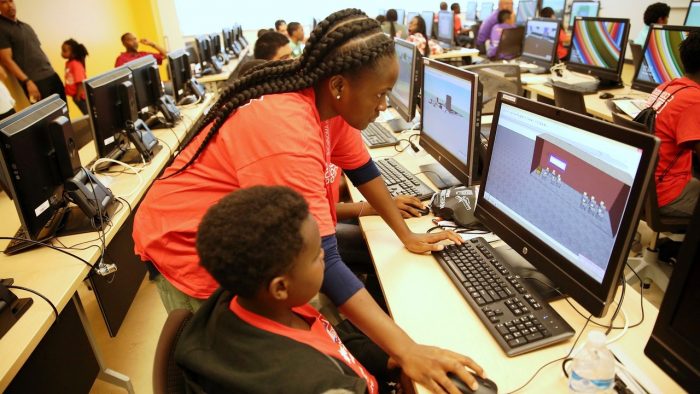 The SoCal chapter of the National Organization of Minority Architects (NOMA) recently completed its 7th Annual Project Pipeline Summer Camp for kids, held at Los Angeles Southwest College. The final event of the NOMA Architecture and Engineering Summer Camp was an inspiring awards ceremony at the Los Angeles campus of Southern California Institute of Architecture, known as SCI-Arc. Family members and supporters beamed as students—aged 10 to 15—received certificates of completion and congratulations for their current ambition as well as encouragement for their future accomplishments.

“Kids from underserved communities often are not exposed to the professions that design our built environment,” explained summer camp director Lawrence Huley. “At the NOMA Summer Camp our students undertake a hands-on educational adventure in how to plan and build buildings, neighborhoods—even cities.”

As he handed each student a certificate of completion, Huley praised each camper’s achievements, calling them “a force to be reckoned with” in the field of architecture or wherever their career path takes them. 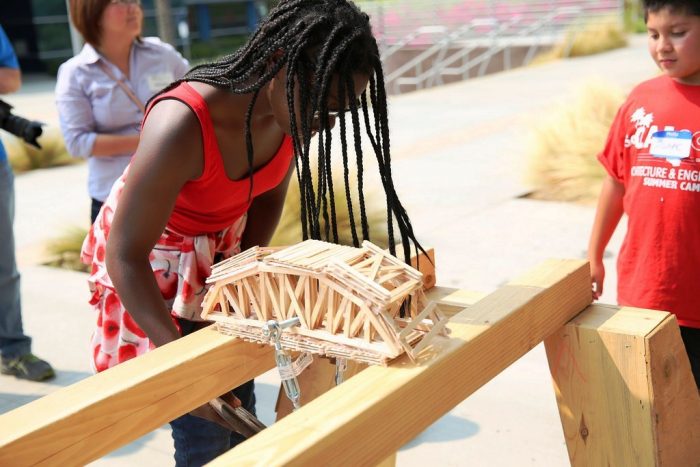 Held on four successive Saturdays in July, this year’s camp attracted some 60 students from around Southern California—many of African American and Hispanic backgrounds. Besides providing children from underserved communities hands-on experience designing the built environment, the camp enables face-to-face interaction with senior design professionals of color who serve as role models and mentors.

Day 1: A field trip to the Leimert Park neighborhood redevelopment site, including a walking tour and briefing from L.A. Metro on the under-construction Crenshaw Line subway and Leimert Park Station.

Day 3: Stress-testing of the bridges to determine the strongest; urban planning and physical model building for a Cultural Center zone near the future Leimert Part Metro Station 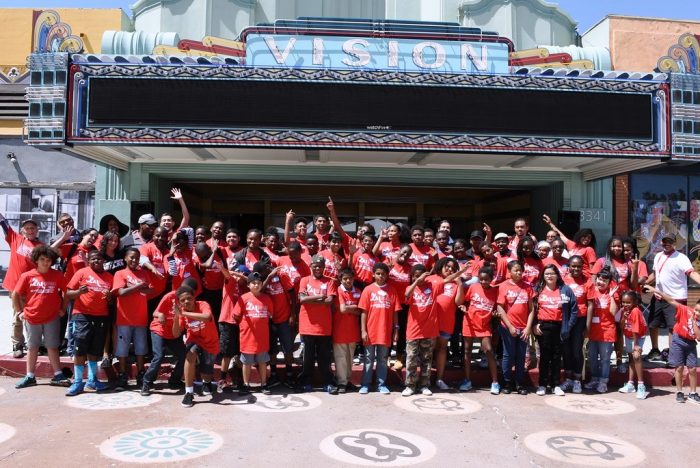 Other prominent leaders in attendance were Kevin Holland, AIA, President of NOMA and Kenneth Brown, President of the Board of Trustees of El Camino College, whose son attended the camp for the second year. One young camper from Atlanta stayed with his grandmother in Los Angeles in order to attend camp for a second year.

With dozens of chapters nationwide, the National Organization of Minority Architects traces its beginnings to 1971. SoCalNOMA seeks to advance and support the education and careers of those who have been historically under-represented in the field of architecture and various allied design/build professions. The SoCal chapter is hosting the 44th NOMA national conference October 12-15 in Los Angeles. For information see www.socalnoma.org or contact [email protected]