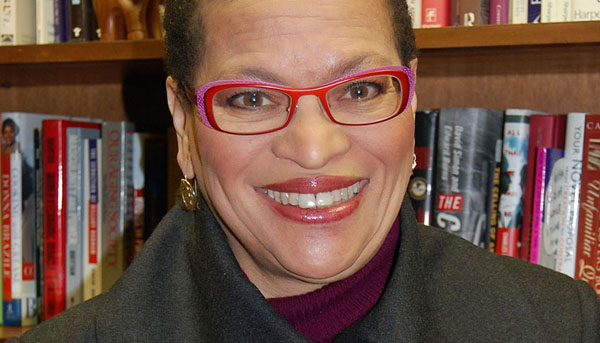 I’m leaving 2018 behind, with its myriad of trials and tribulations. For me, many of the challenges revolved around the unhealthy atmosphere in Washington, D.C., and that’s not likely to change. But many of the challenges, joys, and sorrows were also personal. One of them was the loss of Robby Gregg, Jr., a diversity expert and consultant at Cook Ross, a diversity and inclusion firm in the DC area that was founded by my dear friend Howard Ross.

Robby died unexpectedly at 58, just a week before Christmas. Alarmed at not having heard from him, a friend went to his home and found him gone. Unless you are part of the D&I community (as diversity experts call themselves), connected to Wake Forest University (Robby was a 1983 graduate), or part of the vast Maya Angelou extended family (Robby was one of Dr. Maya’s students at Wake, and an ardent supporter of the Maya Angelou school in Washington, D.C.), you probably wouldn’t know Robby. He was a man worth knowing.

I’m writing about Robby because his memory has challenged me to make a 2019 resolution. I am going to endeavor to listen more, especially to people I disagree with. I’m going to seek some of these people out for conversation, and I’m also planning to have tea or a meal (without knives – halfway joking) with a few of them. While I will never let go of my commitments to social and economic justice, to racial parity, and to reparations, knowing Robby made me realize that it is also important to open oneself up to thought-provoking conversations with those we disagree with.

Robby and I had been friends for a while, but he was no fan of my confrontational style, and he didn’t mind telling me. He was offended by my Facebook page, which is a combination of policy analysis, organizing, and personal sharing. Because I live in a gentrified neighborhood where, in my opinion, my melanin-deficient neighbors can be entitled and inconsiderate, with a sprinkling of racism thrown in, I vent on my page about the Brads and the Beckys. And Robby didn’t like it. He responded that if I didn’t like my neighborhood, I should move from the home I’ve lived in for 20 years. Not. I became so angered by his suggestion that we began to avoid each other and cease interaction.

An unpleasant encounter at a social gathering (I was wrong to carry our disagreement into that space) prompted me to reach out, and the result was a wonderful three-hour lunch where we offered each other the gift of listening. I think we both walked away feeling affirmed, if not in perfect agreement or alignment. We could agree that we loved and respected each other and shared common values, even if our ways of going about things was different.

Robby and I shared an appreciation for Howard Ross, the founder of Cook Ross and author of “Belonging: How Our Need to Connect is Tearing Us Apart” (Berrett-Koehler Publishers, 2018).

It’s a great read about the ways our human tendencies to belong work both for us and against us. Part of the book recounts Howard’s journey around the country talking and listening to people who voted for 45, some of whom regret their vote, and others who stand by it. He walked away with a more nuanced understanding of 45 supporters, which he shares in the book, along with techniques for having civil, even friendly, and informative conversations.

When I interviewed Howard a few weeks ago, he threw out the suggestion of lunching with those with whom I have profound disagreements. I scoffed at it, considering it an utter waste of time in many cases. The day after our interview, Robby Gregg, Jr. was found dead, and I wondered if there was a message in his passing for me. After all, had we not had that delightful long lunch, my friend and I would not have had rapprochement.

So, in memory of and in tribute to Robby and, equally importantly, to do my part in exploring the possibility of more civility in our discourse, I’m challenging myself to do more listening. And I’ll promise an opponent at least three minutes of uninterrupted time, as long as I’m not on the air. I’m challenging you to do the same. Not just in the name of Robby Gregg, but in the interest of community.

Black Violence is Not The Norm, And Never be Considered as Such