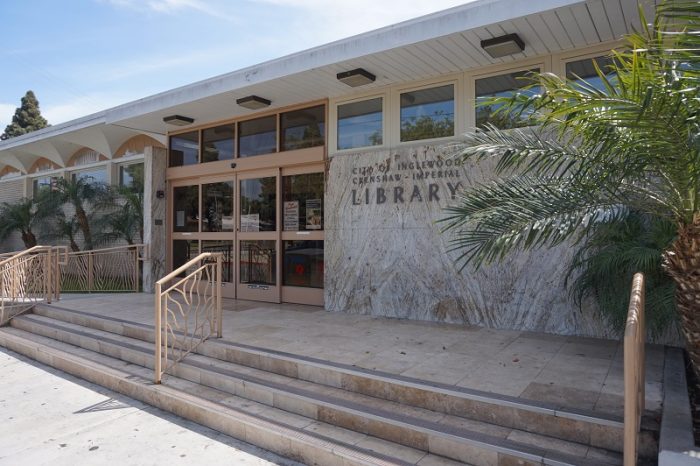 “We are sometimes a hidden jewel in this neighborhood, we have people coming in here who have lived here for decades,” said principal librarian, Kerri Arroyo. (Brian W. Carter/L.A. Sentinel)

We live in the growing age of technology where information is literally computer taps away. According to census.gov, out of all households, 78 percent have a desktop or laptop, 75 percent have a handheld computer such as a smartphone or other handheld wireless computer, and 77 percent have a broadband internet subscription. So where does that leave one of our treasured resources—the library? The answer is—still relevant into today’s tech age.

“Actually, we are focused on technology,” said Kerri Arroyo, principal librarian at the Crenshaw-Imperial Branch Library in Inglewood. “We have twenty computers here at this library for all ages.”

Renovated ten years ago, the Crenshaw-Imperial Branch has been around since the 1970s, then closed down for a time. It didn’t receive new life until 2005, where it stands ready to serve the community’s needs.

“We’re in the heart of many schools, so we offer school visits to preschool clear through to high school,” said Arroyo. “They come in on a daily basis, this library is coming back on the map, it was only open a few days a week, with no full-time librarian.” 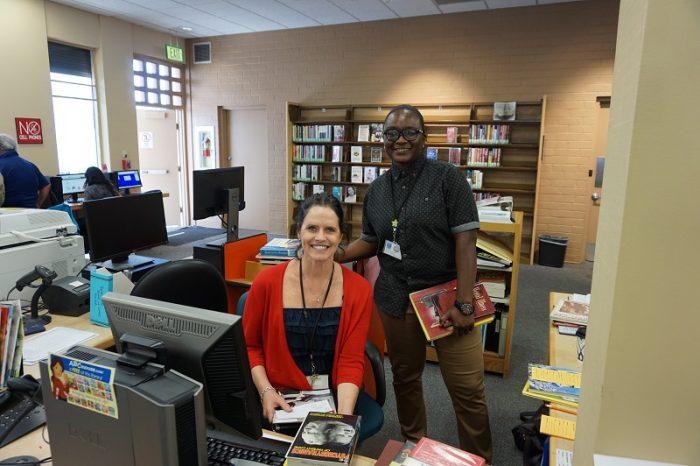 Now working at the Crenshaw-Imperial Branch for a year and a month, Arroyo, having worked with the city for over 25 years, is now enjoying her dream job.

“We have wi-fi, databases … access to journals, magazines, newspapers, so much research,” said Arroyo. “We do have a resume program—that’s a new program we’ve offered this year.

Adaeze Ezeanioma is a part-time librarian at the Crenshaw-Imperial Branch, who helps patrons with their various needs. She also helps with the new resume program being offered at the branch. She believes that libraries serve a great need in the community today.

“We’re the heart of the city, this is where [people] get their information,” said Ezeanioma. “This is where they can come and relax, read, ask questions—we provide services, books, activities, whatever they need in the community.”

Libraries are far from dead, they have adapted to the new age of technology by including many of those changes. Like many libraries across the nation, the Crenshaw-Imperial Branch offers an array of services which include internet access, ebooks, online databases, adults and children services and of course, books! The importance of picking up, holding and reading a book can’t be overlooked. 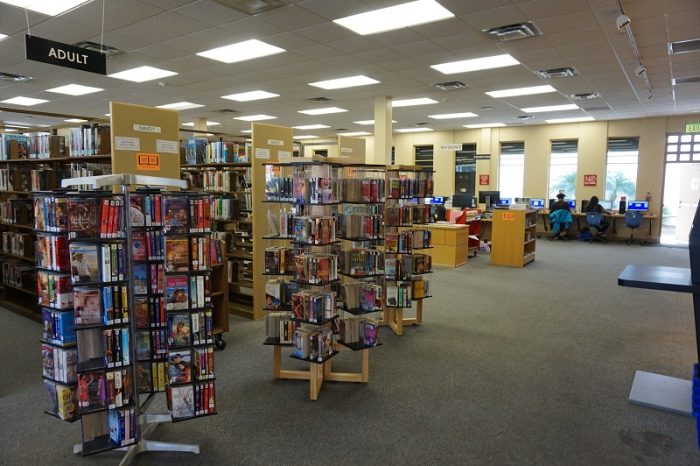 “Most of our users don’t have access to computers at home so we are a hub of activity all day long. Libraries have changed drastically, what used to a be a hush-hush, quiet-quiet place, we are a community,” said principal librarian, Kerri Arroyo. (Brian W. Carter/L.A. Sentinel)

Many in the community rely on the library as a place to retrieve information they can’t access at home.

“A lot of our patrons are local, they walk here—it’s very necessary,” said Lori Williams, the library’s support supervisor. “We’re in between two schools and they come over here weekly to use our computers, resources—they really rely on this library.”

One pleasantly surprising need the Crenshaw-Imperial Branch fills is a food program. During the afternoons, they provide food for families with young children through a grant from the city of Inglewood. This program also allows for kids and adults to utilize the library for other needs as well.

“Our goal is to become as relevant—to be innovative, creative and to keep up with all that’s happening around us,” said Arroyo.
With new hours and extended opening days, the Crenshaw-Imperial Branch Library is the community’s resource. For more information, please visit www.cityofinglewood.org/787/Inglewood-Public-Library. You can also call at (310) 412-5403.