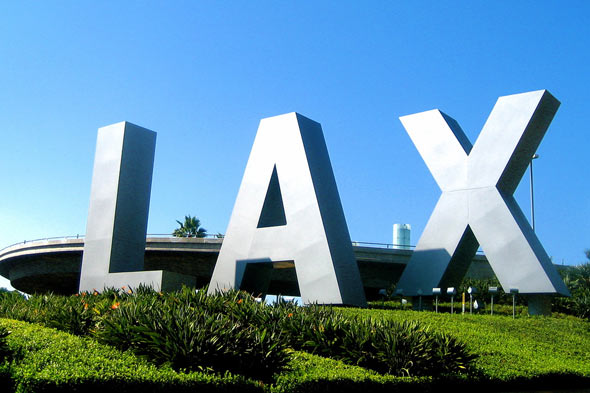 LAX-it has now been open for more than two full days. During this time, the lot has experienced periods of efficient operations as well as challenges during peak operations. A series of adjustments are being implemented to improve our shuttle operations and driver/customer connections. Los Angeles World Airports (LAWA) continues to workday and night with our partners to create a better experience at LAX-it.

Since the opening of LAX-it, airport officials have been actively assessing and responding to traffic and behavioral changes in a dynamic environment at LAX-it, in the Central Terminal Area (CTA), and in surrounding communities. While 31,783 vehicles have been removed from the CTA and record travel times are taking place, the peak periods of arriving passengers typically between 6 p.m. and 10 p.m. have resulted in shuttle and passenger wait times exceeding 45 minutes.

Changes that have been made since LAX-it opened include:

As a result, we saw improvements to shuttle operations on Wednesday evening compared with Tuesday evening. However, even with these additional improvements, during the peak hours last night, between 8 p.m. and midnight, some guests still experienced excessive wait times at LAX-it, exceeding 45 minutes at its peak, for some ride app users.

LAWA expects to implement further adjustments during this first week of operations including the following today:

Additional improvements are planned with focus on the upcoming peak travel days of Friday and Sunday. LAWA asks the public for patience, and reminds them that this is necessary to alleviate construction impacts. LAWA advises the public to plan for additional time for ride apps and taxis during peak hours of 7-10 p.m.

LAX-it Shuttle Buses: Shuttle service has vastly improved since the first evening. On Wednesday, LAX-it shuttles moved quickly through the CTA, with buses maintaining headways of less than five minutes and taking an average of 12 minutes from a shuttle stop to the lot. On the first evening, significant issues occurred with the busing program, creating delays, full buses and long waits. Last night, LAWA made changes to traffic patterns in order to address those delays and improve shuttle circulation. As a result, the buses ran much more smoothly, although some guests during peak periods still experienced long waits at the curbs. Airport officials are actively working to address the main choke points that occurred last evening and to improve signage and other shuttle operations.

LAX-it Lot Conditions: Yesterday, from morning until late afternoon, wait times at LAX-it were under 15 minutes for all modes of transportation. During the evening peak period (7-10 p.m.), we are saw large fluctuations in wait times between different modes. Airport officials are working closely with our taxi and ride app partners to address issues as we together implement technology and access solutions for drivers.  During peak time, guests may experience a wait exceeding 45 minutes, but many guests were connecting with their rides last evening within 15 minutes. Ride app riders are also advised that ride apps have made some changes to the process of matching with their driver at LAX-it and they should consult the apps and follow signage at the lot for more instructions.

LAX-it was opened to help mitigate the impacts that major construction will have on traffic within the CTA as Los Angeles World Airports begins construction on numerous projects to transform the airport, including an Automated People Mover train opening in 2023. By moving taxis and ride app services to LAX-it, guests who are driving through the CTA are experiencing a much improved experience. Los Angeles World Airports remains committed to continuing to improve the operations of LAX-it and solve for the issues that we are tracking and hearing about from our guests.