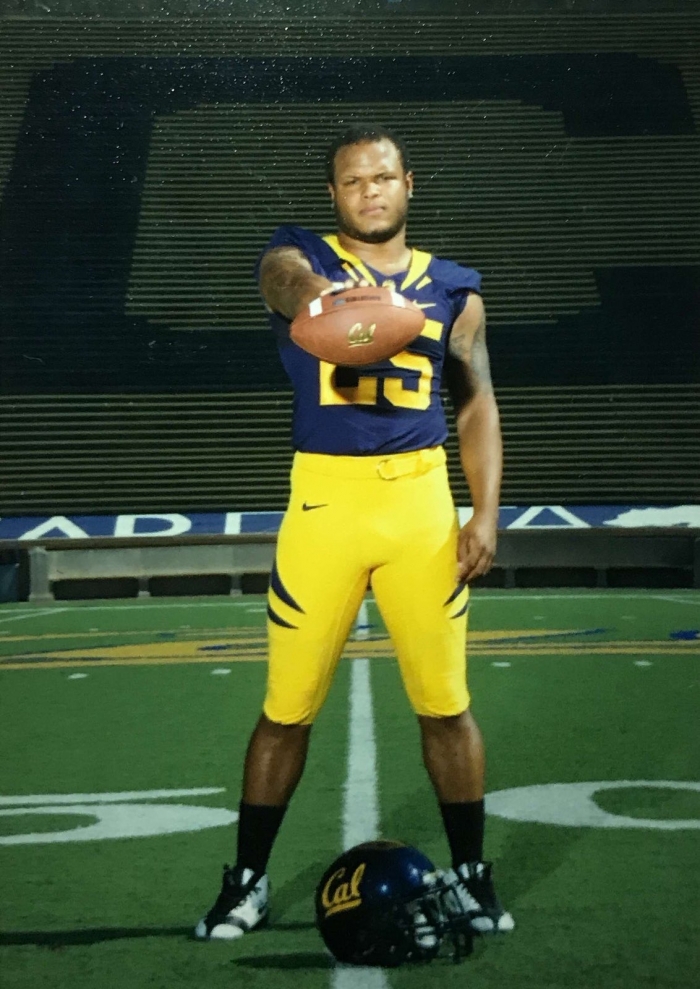 We still live in a world of miracles.

They do happen, sometimes in unexpected places with people we love and care about. Those miracles are sometimes the end result of a very harsh reality. Langston Jackson can tell you about a miracle—because he is a miracle.

Born and raised in Simi Valley, CA, Jackson, and his twin brother, Lorne, were high school football phenoms. Jackson received a full-ride scholarship to the University of Utah, which was unfortunately rescinded after he didn’t commit to the university. His mother Lyle, saw early signs of her son in distress.

Jackson turned his view to UC Berkley, where entered a summer bridge program, which helps students adjust to campus life. He entered the California Golden Bears football program, where he red-shirted for the first year.

“Everything was kind of a rush,” said Lyle, “I would say he was thrown in—it was just like, everything was so last minute and so it was very overwhelming.”

For someone who was described as a one-man show in high school football, to be on the sidelines was a kind of a fall from grace. Jackson shared that there were other factors that played towards his depression and anxieties.

“Even though I was the star of the football team in high school, football wasn’t enough,” said Jackson. “We all have these things, wonderful things that can change the world, but sometimes it’s just not enough.

“I was experiencing feelings I’d never before felt—disappointments of being a student athlete, frustrations with school, girlfriend breakups, just to name a few.

“I always felt like something was missing in my life. I had a void in my life that I thought drugs would fill, which was the wrong decision.

“I thought I’d be happy once again, but drugs ultimately made things worse.”

Though Lyle never suspected anything more than depression, it just so happened that a neighborhood friend in law enforcement, in conversation, would tell him heroin was the drug of choice in the streets of Simi Valley. She was also informed that in particular, Black Tar Heroin, was circulating among youth.

After being confronted about it, Jackson sought treatment for his addiction with the love and support of his family. He attended an outpatient program at UCLA and received counseling at another facility. Jackson continued about life, despite transfers, and pursuing his athletic career, but his demons were still very present. Jackson had lost another friend to heroin, which didn’t make matters better.

Unfortunately, Lyle received news that her son was found unresponsive due to an overdose on heroin. Jackson was taken to Cedars-Sinai hospital in Los Angeles, where he would spend 37 days in an unresponsive state while in the hospital. 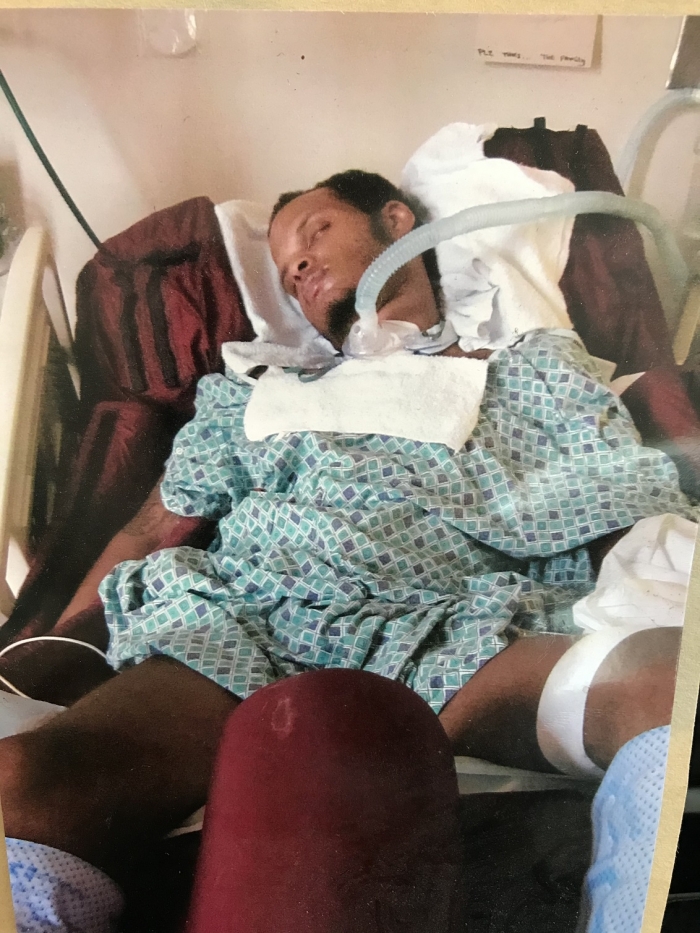 Jackson’s story was featured on the BBC special, “Louis Theroux’s LA Stories: Edge of Life,” where there was a clear picture of his prognosis: He may never wake up and if he does, he will have such severe brain damage that he will not be able to function as an independent person. Doctors suggested to the family to take him off life support, that it was the best and humane action to take considering the prognosis.

“I don’t think we’re necessarily going to have to worry about my brother being a vegetable,” said his sister Ashley in the documentary.

“Even if he has a slight disability of some sort, that he will be able to cope, and it will be a little bit better than the prognosis that they are assuming.

“He wouldn’t want us to give up on him because he never gave up on himself.”

“My daughter was operating out of perfect faith,” said Lyle. “She took control of that situation.”

Lyle remembered her daughter calling her on the 37th day that Jackson was in the hospital. Ashley informed her mother that he had woke up after she put ice on his lips.

“The first thing he said is, ‘I’m hungry, I want 7up and Del Taco,” said Lyle. “Those were the first words out of his mouth.”

As his sister implied, Jackson didn’t give up on himself, in spite of his situation.

“I feel like I have a second chance,” said Jackson about how he felt after waking up from his coma.

More than that, he took up the bed that he was condemned to and went on about his business. That business included intense therapy and rehab to get his life back.

“It’s been a miracle really,” stated his brother Lorne. “Just that he has been able to fight through everything he’s been through and get to the point he’s at now has been amazing.

“We can always be in worse positions we’re in now, but staying positive and trusting God makes a difference.” 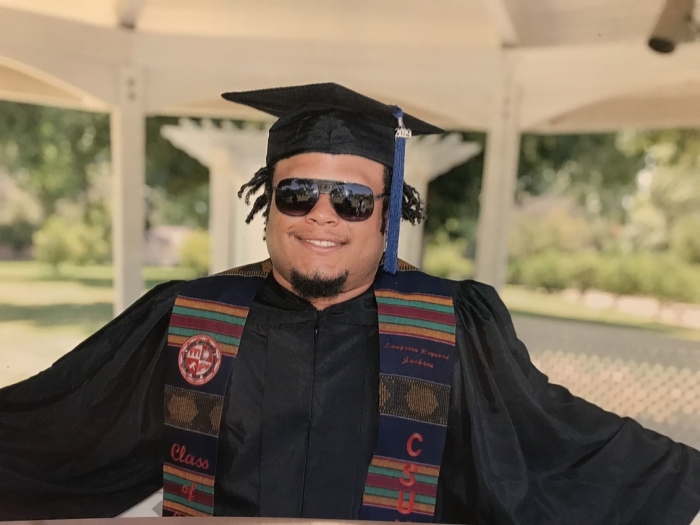 His road to recovery also meant graduating from California State University, Northridge recently with a Bachelor of Arts in Liberal Studies. He also plans on producing music in the future. He is a motivational speaker at churches, high schools, colleges and universities and anywhere else people will listen.

“Never say never,” said Jackson. “Don’t even flirt around with the idea of doing drugs or anything like that.”

“Feelings don’t kill you—these feelings were later identified as anxiety and depression. Life might make you feel uncomfortable, but it will not kill you.

“Drugs don’t fix problems; they only add to them. I really needed someone to talk to that knew what they were talking about.

“Therapy has really helped me.”

In addressing parents, he added, “Pay attention to who your kids are hanging out with. If you notice a change in your kids’ behavior, don’t ignore it and act as though it doesn’t exist. Never say never, get help soon as you see something has changed.

“Make sure your medications are locked up or else they will be found and used at some [point].”

This story is best summed up by a statement one of Jackson’s relatives made in the documentary. In an almost prophetic turn of events, it all came to pass.

“There’s been many miracles in hospitals and they can’t say why. So, this is going to be a miracle right here,” she said looking at a then comatose Jackson.